The Anatomy of Protests in India

Public outrage and protests are significant in protecting the freedom of speech and expression, and are means of safeguarding the resilience of democracy. 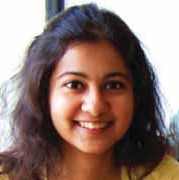 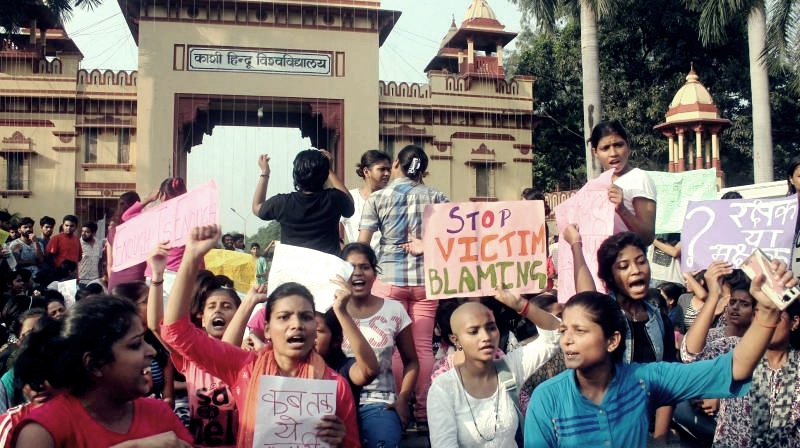 Banaras Hindu University (BHU) – at the opening of which in 1916 Mahatma Gandhi delivered his famous speech, “If we are to receive self-government, we shall have to take it” – is in the midst of a turmoil demanding such freedoms after several decades. The students are protesting against rising cases of harassment and widespread misogyny in the campus. Through these protests, they are defying the diktat issued last year that they could not indulge in any protest.

Protests in India have sustained and evolved amid an unequal society, rampant poverty and crime, apathetic state and a slow moving legal system. In the absence of other avenues, protests have become a means of grievance redressal, a way of legitimising the demands, a function of multi-cultural democracy and a form of freedom of speech and expression. Protests can be seen as the articulation of the collective conscience of the nation. They are organic and dynamic, changing their forms, scale and sometimes, agendas. Clashes in these protests between police and protestors are not uncommon in a plural country like India. Conflict is expected and when judicial and state processes fail, people often take to the streets to administer some form of vigilante justice and retribution.

In the recent times, protests have ranged from anger on assault of freedom of speech and expression (murders of journalists Lankesh and Bhowmik), to condemnation of rising Islamophobia and lynchings of Dalits and Muslims (#NotInMyName).

Protests have been on issues like farmer deaths and droughts (recently, demonstrations by Tamil Nadu farmers), women safety (most significantly the Nirbhaya protests which brought out amendments in the criminal law and now BHU) and miscarriage of justice (which perhaps can be traced to re-trial and sentencing of Manu Sharma in Jessica Lal murder case following public outcry).

There have been student movements followed by state crackdowns (in University of Hyderabad over suicide of Rohith Vemula, in Jawaharlal Nehru University over arrest of Kanhaiya Kumar and disappearance of Najeeb Ahmed, and in Film and Television Institute of India over appointment of Gajendra Chauhan). There have even been riots in support of the self-styled godman Gurmeet Ram Rahim Singh after he was convicted of raping two female followers. 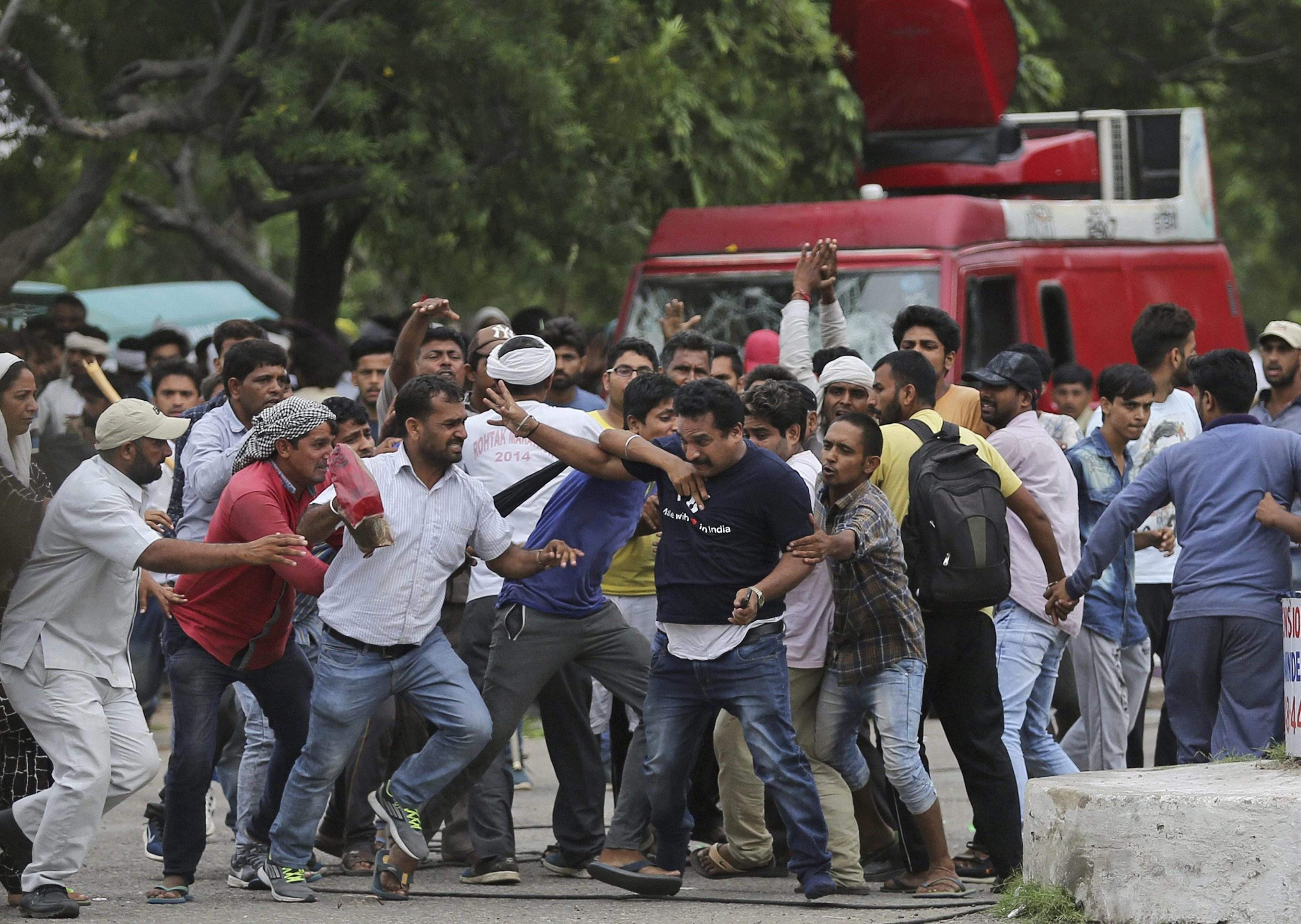 Anger and outrage serves a useful purpose in a democracy. It manifests itself in the form of righteous letters to the editors, indignant posts on social media, legal action and police complaints and often protests and marches that range from peaceful vigils to rioting and murders. With social media and well-connected networks, organised protests are increasing in India. This is also happening in a context where civil liberties are being eroded and dissenting views are under attack. But protests are not always a function of the elite. Indeed, poor and marginalised have a greater cause of injustice and have routinely come together to bring their plight to light (the Chipko movement led by forest dwelling women remains a watershed moment in the history of ecological struggles).

In fact, India has had a long tradition of protests. These can be traced back to independence movements when the consciousness of a nation state started taking root among the people. These have ranged from the intense revolution of 1857, to peaceful pan-India Gandhian satyagrahas. Consequently, India has also evolved novel and powerful methods of protests that apart from generating attention also hold symbolic value (for instance, women hugging the tress to assert their deep bond and dependence on forests, or Dalits dumping cow carcasses in public places to reject hierarchical and violent caste-based work imposed on them).

Also read: How Long Must BHU Wait Before It Finds Progressive Leadership and Liberal Thought?

Protests of all form also have a way of co-existing in India. There have been protests for rape victims and for rapists. Protests for reservations and anti-reservations have been playing out since independence. From black bands and candles, to eating one’s own faeces, India has seen it all. And Indians continue to outrage, often unfortunately for the most unthinkable reasons.

This year alone, Indians have outraged over an actor’s clothes (Priyanka Chopra’s dress and scarf), a film script (Padmavati), Pakistani actors and Snapchat filters. Injunctions and bans have been issued on books (Godman to Tycoon: The Untold Story of Baba Ramdev this year and earlier on Wendy Doniger’s The Hindus: An Alternative History), and the Central Board of Film Certification chief ended his term issuing a list of banned words, axing movies for being ‘lady-oriented’ (Lipstick Under My Burkha) and cutting the length of kissing scenes for being ‘excessive’ (Spectre).

The bans and injunctions on freedom of thought and expression have raised misgivings on the resilience of Indian democracy. The discourse now rests on a precarious balance between protecting this freedom on one hand and extending the limits on that freedom on the other. The constitution, which gives the freedom to offend, also gives the freedom to take offence and rage against the same. This raises important questions for the Indian democracy: Can there be limits to freedom of speech and expression and to tolerance? Are some protests more valid than others and is our anger directed towards the right issues? Are we taking offence too easily or becoming apathetic? In other words, the biggest philosophical question of the day, the dilemma recently faced internationally when protests by white supremacists erupted – is it ok to punch a Nazi?

What protests are valid?

The first issue the question touches upon is the idea of limits of tolerance. Can a society be infinitely tolerant? Will such a society not be tolerating intolerant bigoted views that will then essentially make its liberalism ineffective? Philosopher Karl Popper addresses this in The Open Society and Its Enemies in what he calls the paradox of tolerance: that is, unlimited tolerance will lead to disappearance of tolerance. If we aren’t prepared to defend the society against the intolerant then tolerance will effectively disappear. 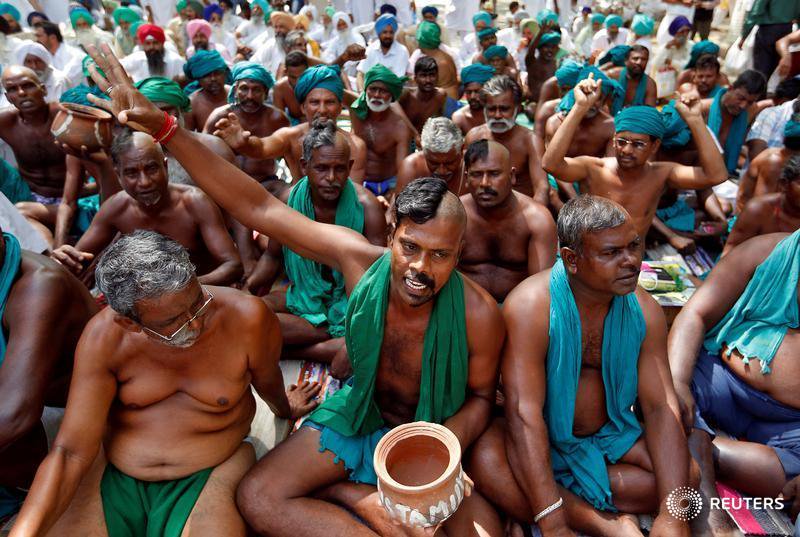 This leads to the second issue of what is intolerant in a society that is striving towards tolerance. Where is our anger justified and where are we taking offence and curtailing freedom of expression? In other words, what protests are valid? One can attempt to answer this by applying simple tests of rationality (which in itself is context dependent). Who is the angry group? What are their grievances? Towards whom is their anger directed? Are they a minority group protesting against state discrimination or a majority group offended by the slow erosion of their hegemony, a questioning of their dominant order? A good test for this is to check where the power lies. Women groups protesting against rapes/violence/murders in a patriarchal society in a country fast becoming hostile to its women do channel outrage towards a just cause. Majoritarian groups offended by dietary preference of others, not so much.

However, this classification is not so simple. For instance, a large number of Dera supporters were poor Dalits attracted to the group because they felt failed by a society that had historically and violently discriminated against them. In fact, while similar religious cults do attract the patronage of the powerful, a majority of their followers are the dispossessed, failed by the state, and often in a cult for the security, material and psychological, that it provides. Even Naxalism started with peasant and tribal revolt against feudal landlords and resultant land disputes. Today it plagues some of the poorest regions of India and functions often removed from its earliest ideological roots. Cause and method thus become critical as a protest that causes harm to innocents will quickly lose larger support and sympathy.

This leads to the third issue of nature and ideology of protests and people who constitute these. How can protests be inclusive enough without losing their character and how can they be focussed enough to lend depth and specificity to their cause? There is never any dearth of causes, and if it is to ultimately become a question of choosing, how does one pick, and where does one draw the line? The question boils down to not just one’s political ideology but also image crafting.

Alignment to protests begin by proximity to the cause (geographic and ideological) and overlaps with one’s own life. While the multidimensionality of marginalisation can lead to identification with larger number of struggles, certain elite insularity can give access to wider range, more sophisticated and powerful methods of protest (like control over media discourse and better global networks) and greater impact on the outcome with fewer repercussions in the form of state crackdown.

What we choose, where we stand on an issue, who we stand with, can become not just defining moments of our own life but lead to significance in history. Debates in India are veering towards the dangerous trend of an exercise in hypocrisy, diversion and counter accusations. Standing up for something can lead to ‘What about this other thing?’ and ‘Where were you when this other thing was happening?’ an exercise in, what is now called, ‘whataboutery’. This is precarious since not only it seeks to undermine the crusaders and the cause but also it often compares two issues that are completely different. A group protesting against systematic and violent persecution by state is not comparable to a hardliner group being inconvenienced by their privilege being questioned.

Outrage is going to play an increasingly important part in times to come. As is usual, it will be occasionally aligned with the establishment and the powerful, and will frequently engage in false equivalence of causes. The protests will always be at risk of deviating from the cause, being crushed or captured by the elite. Nevertheless, outrage and resultant protests will be significant in protecting the freedom of speech and expression, forming an alternate way of impacting the public discourse in times when media is largely pro-state. It will be a way of safeguarding the resilience of the democracy, throwing light on marginalised causes and miscarriage of justice, acting as a conscience keeper of a nation and ultimately protecting the world’s largest democracy.