Some conservationists harbour a model of conservation in which they seek to create exclusive zones devoted to the goals of wildlife conservation, and this can't happen if Adivasis to live in the forests. 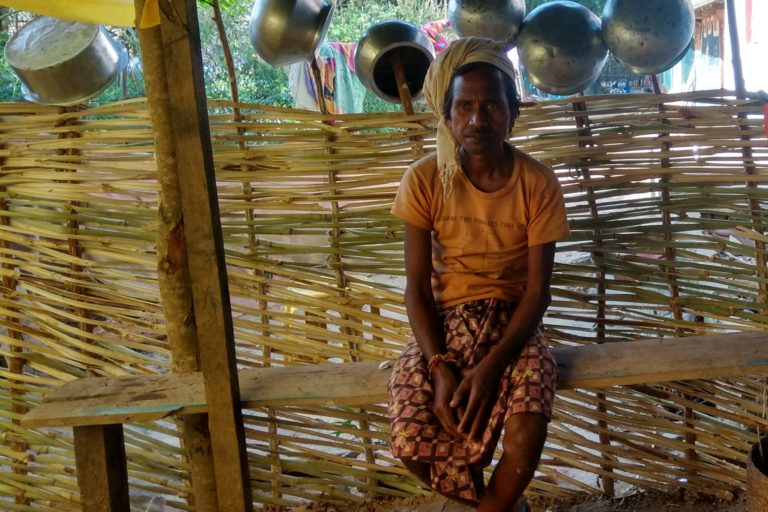 Data shows that about one in every two claims by tribal people and forest dwellers is rejected. Credit: Mayank Aggarwal/Mongabay

The ‘Naturals Melghat’ organic custard apple sits proudly in a Mumbai market, creamy goodness in an olive-green bubble wrap. It has made a long journey – in distance as well as surmounting numerous hurdles.

As the brand’s name suggests, the fruit comes from the Melghat region of Maharashtra, and is sold from Payvihir and its surrounding villages in the region.

In 2000, forest officials were planning destroy standing crops in the area and bring the land under the purview of Project Tiger. However, their plans were stalled by Khoj, an NGO. Six years later, the Forest Rights Act (FRA) was passed, and villagers, mostly of the Korku tribe, gained community forest rights and their farmlands were regularised.

Funds from the sale of custard apples are now distributed among families in Payvihir village; a portion of it is also given to the gram sabha to spend on community projects like health and education. As a result, they have been able to reduce child malnutrition, once the bane of Melghat.

The village also participates in forest-land conservation efforts of the forest land and has been appreciated by the UN Development Programme. Payvihir’s success story, and others like it, have been included in the People’s Forest Report as well.

This story exemplifies the economic importance of collectively managed forests. This advantage is often overlooked by some activists, who have argued that – among other things – marginal communities have little use for “one hectare” of forest-land and need more infrastructure, healthcare, education and, in general, a better quality of life instead.

Many of these arguments are not even directed against those whose claims to forest-land had been rejected by state authorities. These are the same people against whom conservationists from Wildlife First, Nature Conservation Society and Tiger Research and Conservation Trust petitioned the Supreme Court. In response, the court asked 21 states to set in motion processes to have the rejected claimants evicted from the land.

After failing to defend its own law and failing to send its lawyers to court on the day of the hearing, the Centre filed a plea in response to media and opposition backlash. It claimed there was no provision in the FRA for eviction after a rejected claim.

The court reprimanded the Centre for being in a ‘slumber all this while’ before bringing a temporary stay on its eviction order. But despite the stay, numerous tribal groups around the country have decided to proceed with their call for a ‘Bharat Bandh’ on March 5 to protest the original order.

When contacted, the petitioners said that “the eviction order was against bogus claimants and not against those who have been granted titles over a whopping 72.23 lakh hectares of forest land”. (Their response is available here.)

If by ‘bogus’ they mean claims that had been wrongfully rejected according to official reports or those from ground reports where satellite images only from a ‘Bhaskaracharya Institute for Space Applications and Geo-Informatics’ was considered valid in Gujarat, then the petitioners are stretching it too far. Even their claim of grant titles of over a “whopping” 72.23 lakh is far from the truth.

Debi says that FRA titles have been given over 72 lakh. ha., actually individual titles (IFRs) are recognized only on 17 lakh ha., rest is community rights to MFPsor rights to conserve and govern forests. The 17 lakh ha. IFRs are on land already under cultivation and occupation.

Kishor Rithe, one of the petitioners, recently wrote that over 14.7 lakh claims had been rejected at the gram sabha level, when in fact “many of these rejections were decided” forest guards or patwaris.

The FRA itself has often been implemented in a flawed manner, often to the advantage of big businesses like Adani Enterprises. But in spite of these discrepancies, many conservationists – barring some exceptions – have continued their rhetoric against the Adivasis. What could be the reason for this?

Prakash Kashwan, a scholar of the political economy of environment and development, argues that it could be a “result of the patronising attitude among many conservationists, which makes them argue that Adivasi lives in forests produce nothing more than poverty and misery. This mistaken belief allows them to make the rather presumptuous assertion that Adivasis should be brought out of the forests, which should be freed of all human interference.”

He also contends that some conservationists harbour an outdated model of conservation, in which they seek to create exclusive zones devoted to the goals of wildlife conservation and which can’t happen if Adivasis to live in the forests. However, research from a number of different fields, including conservation biology, has shown that this is not a workable idea and that it could even be counterproductive in the long run.

Kashwan termed such exclusive zones “an effort to compensate for our collective failures by forcing protected areas on the populations, which are too poor and politically marginalised to secure a dignified life”.

As the Melghat story shows, tribals don’t need a top-down approach that drives them out of lands they have traditionally owned for generations, all in the name of conservation. Elite conservationists must be mindful of this. The agrarian crisis is real and has driven many farmers to commit suicide. The forced eviction order, if implemented, is no less potent in bringing a similar fate to the tribals.

Manasi Gandhi is a freelance writer.