While the Azamgarh police has made no formal statement about the arrest, a senior Aligarh police officer has been quoted saying the arrest was made by the anti-terrorism squad of the Lucknow police. 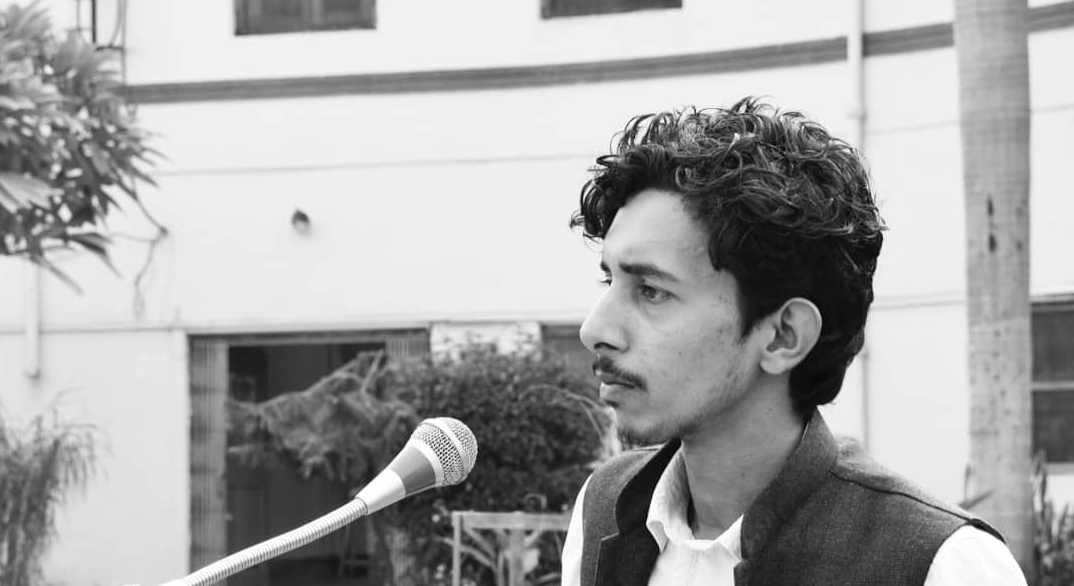 Aligarh: Sharjeel Usmani, a student activist from Aligarh Muslim University, was arrested from his home at Azamgarh on Wednesday evening as the Uttar Pradesh police moved to turn the heat up on students and activists involved in protests against the Citizenship (Amendment) Act last December.

Usmani was picked up from his home town of Sidhari, Azamgarh. His brother said that at around 5 pm, five plainclothes people appeared at the doorstep of Usmani’s home, claiming to be from the crime branch. Asked why they were there, one of the men said, “You don’t need to know. Sharjeel knows why we’re here”, he said, pointing to Usmani, who was along with them, hands tied and head down. He had already been arrested when he was out drinking tea.

Without showing any identification, they demanded to see Usmani’s room. “They confiscated his laptop, all his books, and a solitary set of clothes. Each of us was made to stand and be photographed, stating our relation to him”, Usmani’s brother Areeb said. He also said no female officer was present, even though there were women, such as Usmani’s maternal aunt, who were also compelled to get themselves photographed.

“I refuse to believe it is an arrest. They did not tell us what charges were being pressed, they did not allow us to have any conversation with him”, said Sharjeel’s father, Tariq Usmani.

“As a parent, and more importantly, as citizens, we have the right to know”, said Sharjeel’s mother, Seema Usmani, almost in tears.

While the Azamgarh police has made no formal statement about the arrest, Amar Ujala, quoting the district’s additional SP (crime) Arvind Kumar, has reported that the arrest was made by the anti-terrorism squad (ATS) of the Lucknow police and relates to the case filed in Aligarh last December.

Usmani was one of those who led protests against the CAA-NRC-NPR at AMU inside the campus. The police allege that the students threw stones and refused to disperse, claiming that 19 policemen were injured in the fray, after which they entered the campus with the university administration’s permission.

On their part, the students contest the police claim and say they were attacked inside the campus by the police which forcibly entered. A fact-finding report produced by a team led by Harsh Mander and Professor Chaman Lal has corroborated this claim, and accused the  police of severe brutality, especially inside the Morrison Boys’ Hostel, and said around 100 students were injured, at least 20 severely.

Recently, the police have also filed a chargesheet, or final report, in the matter, which means the case will now go to trial.

Before he was picked up himself, Usmani had been a vocal critic of the targeting of other anti-CAA activists and students including Sharjeel Imam, Safoora Zargar, Umar Khalid, Aasif Iqbal Tanha, Chandrashekhar Ravan and Meeran Haider, who had been arrested under various acts such as NSA, UAPA, Goonda Act, and Sedition (IPC 124A).

He has been a contributor to news websites like Firstpost, DailyO and Newslaundry on issues relating to governance, democracy and minority rights.