While testifying to Amnesty’s reputation as a credible human rights organisation, the EU has called on India to allow Amnesty International to operate in the country. 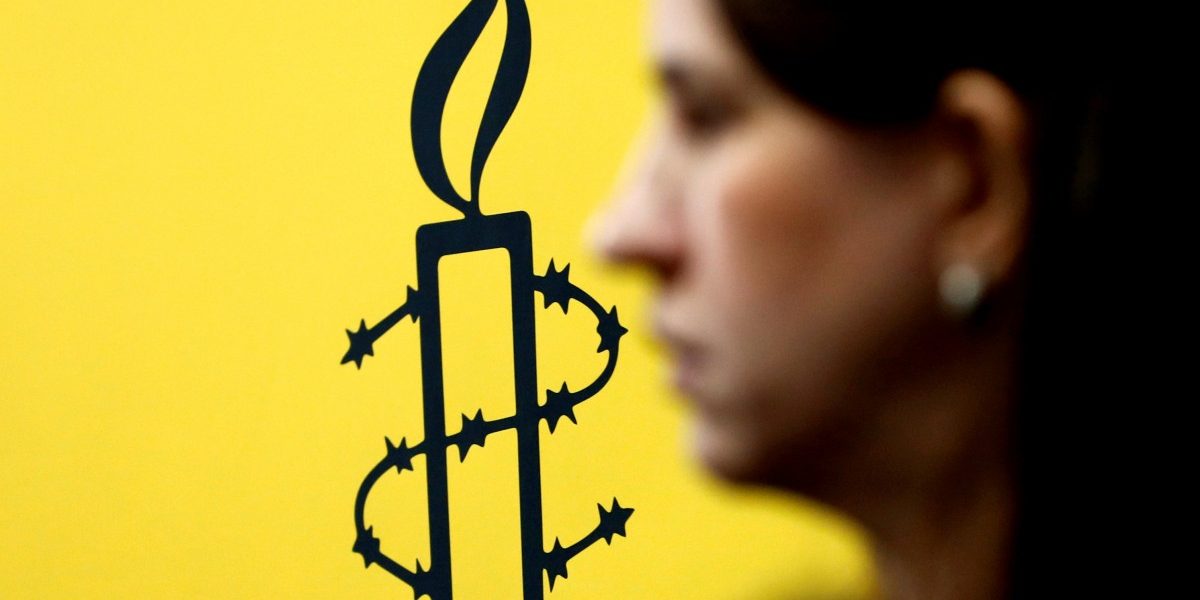 The logo of Amnesty International is seen next to director of Mujeres En Linea Luisa Kislinger, during a news conference in Caracas, Venezuela February 20, 2019. Photo: Reuters/Carlos Jass/File Photo

New Delhi: Stating that it highly valued the work of Amnesty International worldwide, the European Union raised concerns with India about the international human rights group closing its India office after its accounts were frozen by authorities, and hoped the matter would be resolved to allow it to continue its activities.

On Monday, Amnesty International India announced that it was closing down its operations in the country after the Enforcement Directorate froze all its bank accounts as part of a probe for alleged money laundering.

AI India claimed that this was part of an “incessant witch-hunt of human rights organisations by the Government of India over unfounded and motivated allegations”.

In a statement from Brussels, EU spokesperson for foreign affairs and security policy Nabila Massrali said that regional body had learnt about the investigation into AI India, Indians for Amnesty International Trust and “subsequent freezing of the bank accounts of these entities facing accusations for violation of Indian federal laws pertaining to receiving and use of funds from foreign entities; foreign exchange management and tax laws”.

While testifying to Amnesty’s reputation as a credible human rights organisation, Massrali also called on India to allow AI to operate in the country.

“Not prejudging the outcome of any investigation or judicial proceedings, the European Union highly values the work of Amnesty International worldwide and hopes that the matter will be resolved allowing Amnesty to continue its activities in India without interruption,” said the EU spokesperson.

She added that the EU was “committed to the protection and empowerment of civic actors, including human rights defenders, and to the promotion of space for civil society”.

The ED had issued a showcause notice to AI India in July 2019 for alleged contravention of funding amounting to over Rs 51 crore. The investigative body was able to invoke the Prevention of Money Laundering Act as Section 120B of the Indian Penal Code about criminal conspiracy was mentioned by the Central Bureau of Investigation in its first information report last year.

Further, the Department of Income Tax had sent “investigative letters” to more than 30 small regular donors of AI India in 2019. While the department did not find any irregularities, the investigating agencies’ move adversely affected the fundraising campaigns, said the organisation.

Recently, AI’s India office has released two reports on the situation in Jammu and Kashmir and the riots in North-East Delhi.