Though Shah, as Union home minister, is responsible for law and order in the country, he is not known to be a politician with strong concerns about human rights. 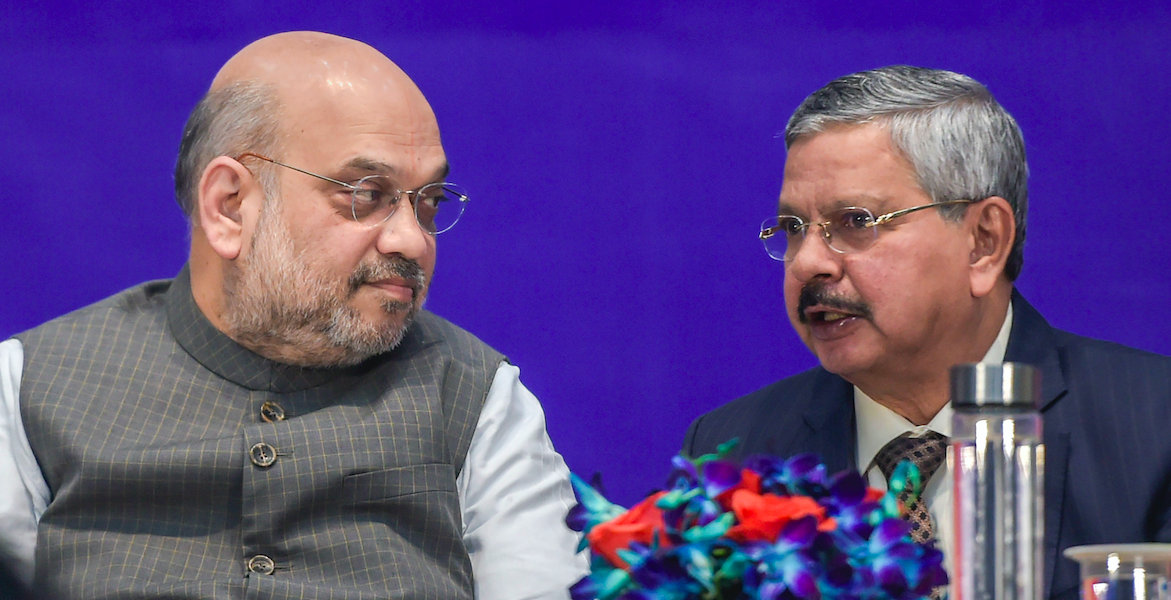 Though Shah, as Union home minister, is responsible for law and order and security in the country, he is not known to be a politician with strong concerns about human rights.

He recently gave a speech where he questioned the argument that the 65-day communications blockade imposed on the people of Kashmir was a human rights violation.

The amendments to the Unlawful Activities Prevention Act which he piloted in the last session of parliament have also been criticised for undermining civil liberties by allowing the government to designate individuals as “terrorists” without filing formal charges or holding a trial of any sort. In his speech to the Lok Sabha, Shah made it clear that the new amendments were also aimed at what he called “terrorist literature” – a term undefined in statute – whose propagation was encouraging young people to become terrorists.

Though home ministers have been fixtures at NHRC events, he is perhaps the first incumbent to have once been accused of  a serious violation of human rights – involvement in the custodial killing of three persons in Gujarat while he was home minister in the state government.

Though Shah was charged by the Central Bureau of Investigation with complicity in the fake encounter killings of a woman, Kausar Bi, her husband Sohrabuddin Shaikh and his associate Tulsiram Prajapati, he was discharged by a CBI special court in December 2014, the year the BJP under Narendra Modi’s leadership came to power at the Centre.

The CBI refused to appeal his discharge.

In another ‘encounter’ case – that of Ishrat Jahan case, a 19-year-old woman killed by the Gujarat police in 2004 – the CBI probed Shah’s role but concluded it had no evidence to make him an accused along with the senior officers who were eventually charged.

Also read: Why the Haren Pandya Murder is Back in the Spotlight

More recently, Shah has courted controversy by referring to Muslim immigrants in India as “termites”.