The home ministry says Alok Verma has 'forfeited his service' but key documents he needs to challenge this order are being denied to him despite the Right to Information Act. 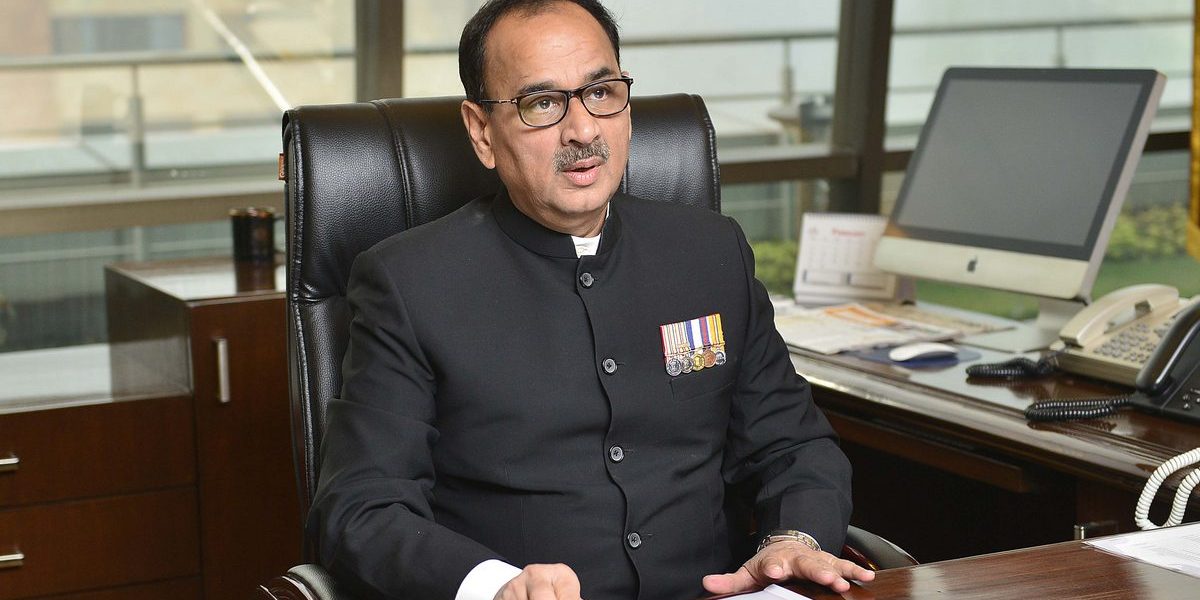 New Delhi: Three years after he was removed as director of the Central Bureau of Investigation (CBI) by a High Powered Committee (HPC) headed by Prime Minister Narendra Modi and two chargesheets in corruption cases were filed against him, Alok Kumar Verma is still struggling to obtain information pertaining to these cases through the Right to Information (RTI) Act.

Verma’s case is yet another example of how officers who run foul of the government find it tough to get justice or even information through various institutions. Two applications filed by him with the Central Information Commission (CIC) have revealed how after his career was brought to an abrupt end, the government forfeited his entire past service .

Thereupon, all his retirement dues, including leave encashment, pension, medical entitlement and gratuity, as also the General Provident Fund payment were denied to him. It was only when he pursued the matter that the GPF was later released.

18 months on, CIC directs transfer of matter to ‘concerned bench’

The CIC in a recent interim decision on two appeals filed by Verma only directed that the matter be “transferred to the concerned bench for further adjudication”. The ruling was delivered by chief information commissioner Y.K. Sinha over two years after Verma had filed a second appeal in both the cases with the Commission.

Verma had asked for the list of all inquiry officers and inquiry authorities empanelled with the Ministry of Home Affairs (MHA) from 2016 until the date he had filed the application. Verma had also asked for all documents specifying the conditions of appointment of a person as inquiry officer or authority with the MHA.

He had also asked for a certified copy of the application submitted by retired IAS office P.K. Basu for his role/appointment as inquiry officer or inquiry authority with the MHA and the date on which he submitted this application. He had also sought the condition of appointment of Basu as an inquiry authority against him in enquiries arising from the chargesheet dated January 31, 2019 and April 18, 2019.

Further, he had asked for the tenure, emoluments and other benefits extended to Basu for these enquiries.

The CPIO in the MHA had on April 21, 2020 had replied to four of the five points in the RTI application. It said that “two separate disciplinary proceedings initiated by this Ministry against you under Rule 8 of the AIS (D&A) Rules, 1969 are under process”. He added that “furnishing the information under these points may impede the process of inquiry (disciplinary proceeding) initiated against you by this Ministry and therefore the information cannot be given under Section 8(1)(h) of the RTI Act, 2005.”

As for the point pertaining to rules and guidelines on the appointment of inquiry officers/ authority by the MHA, the CPIO replied that “the Government is empowered under Rule 8(2) of the AIS (D&A) Rules, 1969 to appoint an Inquiring Authority for holding an inquiry into the charges framed against the All India Services officers (including IPS officers).”

Dissatisfied with the response received from the CPIO, Verma filed his first appeal on May 12, 2020. The first appellate authority, who is the joint secretary of the MHA, upheld the CPIO’s reply on June 11, 2020. Feeling aggrieved and dissatisfied, Verma approached the CIC with his instant second appeal.

In his second application, Verma had asked “in how many cases relating to IPS officers, the complete service of officers have been forfeited after conducting an enquiry including names of such IPS offices and rules applied while forfeiting the services of such officer/ officers.”

He had also asked, “In how many cases relating to IPS officers, the complete services of officers have been forfeited without conducting an enquiry, including names of such IPS officers and rules applied which forfeiting the services of such officer/ officers.”

In response to these two points, the CPIO MHA had replied that “as per the records available, during the last five years, entire past service of Shri Alok Kumar Verma, former IPS (AGMUT 1979) has been forfeited by the Ministry of Home Affairs during the year 2019.” It added that “before forfeiting the service, show cause notice was also served upon him for seeking his explanation.”

Verma had also asked for the details of action taken on his two letters sent to the secretary of the Department of Personnel and Training (DoPT) and another sent to the MHA. Also, he had sought copies of files and notings pertaining to the initiation of enquiries against him related to the two chargesheets. Also, he had asked for the copies of correspondences exchanged between the MHA and the DoPT in respect of the enquiry against him.

Also, Verma has asked for “copies of all correspondences exchanged between all ministries and departments” on the basis of which his retirement dues (leave encashment, pension, medical entitlement and gratuity, etc.) were not paid to him. To these queries, the ministry responded by saying that two disciplinary proceedings/inquiries were initiated against him and so furnishing the information “may impede the process”. As such, it had sought exemption under Section 8(1)(h) of the RTI Act 2005.

Even Verma’s GPF was held back

As for Verma’s last query on the reasons behind the delayed payment of GPF dues to him, the MHA said the matter is under consideration.

The MHA also acknowledged that it forfeited Verma’s “entire past service vide order issued in the year 2019”. Under the circumstances, it said, “The matter regarding the release of GPF dues to you had to be considered by this Ministry in consultation with Department of Legal Affairs, DoPT; Ministry of Labour and Employment; Department of Pension and Pensioners’ Welfare and Department of Expenditure.”

It added that “this ministry approved [the] release of GPF dues to you only on receipt of advices/ comments from these departments/ ministries.”

Incidentally, in August 2021, the MHA had recommended disciplinary action against Verma. This order came just days after the Gujarat-cadre IPS officer and his former deputy in the CBI, Rakesh Asthana, was appointed as the commissioner of the Delhi police. Asthana’s elevation had come on July 28, 2021, just four days before he was due to retire.

Verma and Asthana were engaged in a bitter fight over corruption charges, which ultimately resulted in the former’s ouster by the HPC. They had accused each other of corruption when Verma was heading the CBI.

The MHA had accused Verma of “misusing” his official position and violating the relevant service rules. It wrote to the DoPT, which is also the nodal department for the CBI, to take disciplinary action against Verma. The DoPT had forwarded the MHA’s recommendation to the Union Public Service Commission (UPSC), the recruitment body for IPS officers, since it needs to be consulted in matters of imposing penalties.

Connection with the Rafale deal

Though Verma became CBI director on February 1, 2017 for a fixed two-year tenure, he was ousted from his post in October 2018. The month had seen a number of important events.

First, a delegation of former ministers – Arun Shourie and Yashwant Sinha – along with activist lawyer Prashant Bhushan had met Verma on October 4 to seek registration of an FIR in the Rafale aircraft purchase deal.

A few days later, on October 15, Verma ordered a CBI case against his deputy Asthana on corruption charges. 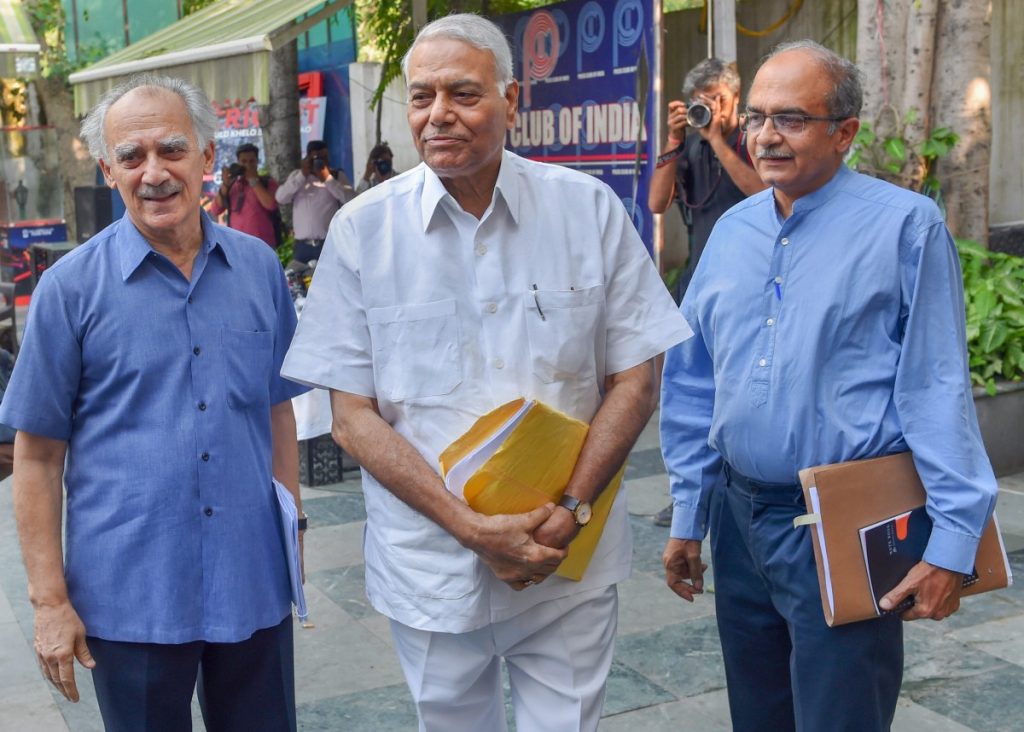 Thereafter on October 23, the prime minister ordered Verma’s removal from the post with effect from the same midnight.

Verma then challenged this order in the Supreme Court, which quashed the government order in early January 2019 and reinstated him with a condition that the high-powered selection committee will decide his fate in a week.

Verma resumed office on January 9, 2019 – after 77 days of forced leave. However, the very next day, on January 10, he was removed from the post and was appointed as the director general of Fire Services, Civil Defence and Home Guards – a less significant portfolio. He was set to superannuate at the end of the month.

Instead of accepting the offer, Verma wrote to the government, saying he should be considered as deemed superannuated – as he had completed 60 years, the age of superannuation for DG Fire Services, on July 31, 2017. He said that he “was only serving the government as CBI director until January 31, 2019 as it was a fixed tenure role”.

The government said his resignation was not accepted and Verma had defied departmental orders to report to duty. It also hinted that non-compliance of the directive amounted to violation of service rules for All India Services officers and that he may face departmental action, which may include suspension of pensionary benefits.

Last year, The Wire had revealed that Verma too was a potential target of surveillance through the intrusive Pegasus spyware.

Hours after Prime Minister Narendra Modi acted to oust Alok Verma from his post as head of the CBI at midnight on October 23, 2018, an unidentified Indian agency known to be a user of Pegasus spyware made a note of three telephone numbers registered in his name, the report said.

It added that when he was removed from his post by Modi, “someone with the keys to India’s hush-hush spyware deployment system received authorisation to add Verma’s numbers to an extensive list of persons of interest selected for surveillance”.