Reached for a response, Colonel Rajesh Kalia, the Srinagar-based spokesman of the Ministry of Defence told The Wire, "The contents of the video are being verified and investigated." 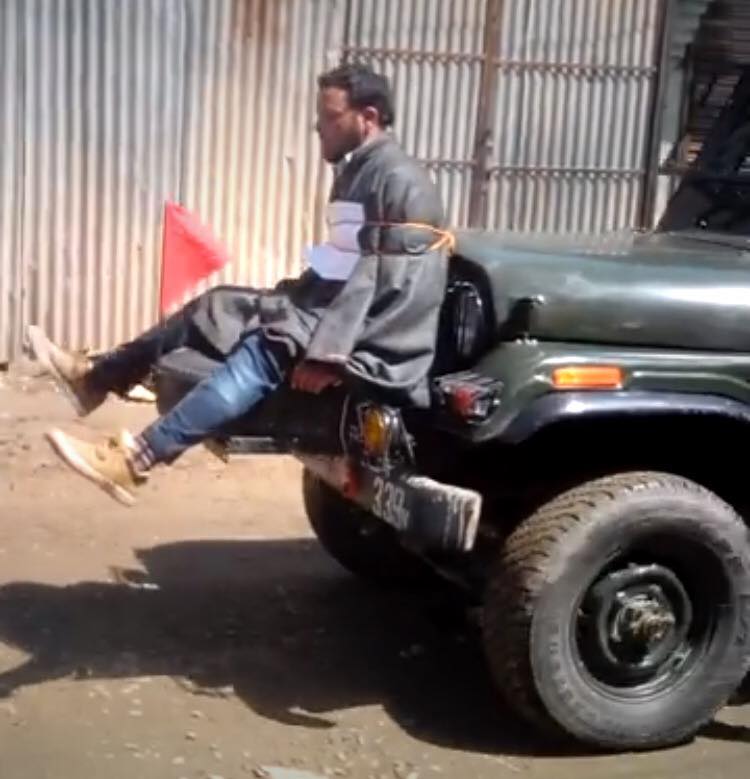 An unidentified Kashmir man strapped to the front of a jeep carrying security personnel in Beerwah, Jammu and Kashmir. Credit: Junaid Azim Mattoo/Twitter

New Delhi: As tension in the Kashmir valley continues to ride high in the wake of the public boycott of ongoing by-elections to two Lok Sabha constituencies, the spokesperson of the Jammu and Kashmir National Conference – one of the parties in fray for the Srinagar and Anantnag seats – has posted a video in which a Kashmiri civilian is shown strapped to the front of a jeep being driven as part of a convoy by the security forces in Gundipora, Beerwah.

Gundipora is in Budgam district, which originally voted on Sunday. Repolling was held in a number of booths on Thursday.

Here's the video of the Kashmiri boy tied to the front of an Army jeep and used as a human shield in Gundipora, Beerwah. @TimesNow? @NewsX? pic.twitter.com/wW2yns2RN3

The shocking video of the army using a ‘human shield’  is 11 seconds long. Posted by NC spokesperson Junaid Azim Mattu, it is not clear who shot it and when, nor are the license plates of the jeep and the truck which follows visible, though the tactical number 339 on the jeep would make it easy for the military to track the vehicle down.

According to the Indian Express, an unidentified man that the newspaper said is a soldier can be heard saying through a public address system, “Those who throw stones will meet the same fate.”

Reached for a response, Colonel Rajesh Kalia, the Srinagar-based spokesman of the Ministry of Defence told The Wire, “The contents of the video are being verified and investigated.”

The use of civilians as human shields is a common though reviled practice of the Israeli Defence Forces in the occupied Palestinian territories but this is the first time that visual evidence has emerged suggesting that the Indian army too has adopted a similar method of dealing with militant threats or hostile crowds. 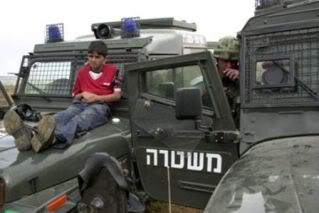 The Israeli practice is regarded by lawyers as a gross violation of international humanitarian law and of the Geneva Conventions.

If proven true, the use of civilians as a human shield would almost certainly fall foul of Indian law and the constitutional guarantees of right to life.

Last year, Jammu and Kashmir chief minister Mehbooba Mufti, whose Peoples Democratic Party is in alliance with the Bharatiya Janata Party in the state, told a public rally that the security forces used to use civilians as human shields in the late 1990s:

“Back then I would fight with army and police, when they would go for crackdown in villages. They would ask villagers to be in front of them to find militants from a house. People would fear that if the militant fired they would die in between. I have fought against this practice.”

On Friday morning, the former chief minister of Jammu and Kashmir, Omar Abdullah, described the Beerwah incident as “just so shocking”.

This young man was TIED to the front of an army jeep to make sure no stones were thrown at the jeep? This is just so shocking!!!! #Kashmir pic.twitter.com/bqs4YJOpJc

The Wire will keep updating the story as more details become available.