The owner of Paras Hospital can be heard saying in an audio clip that 22 patients 'turned blue' during this drill. An inquiry has been ordered into the incident. 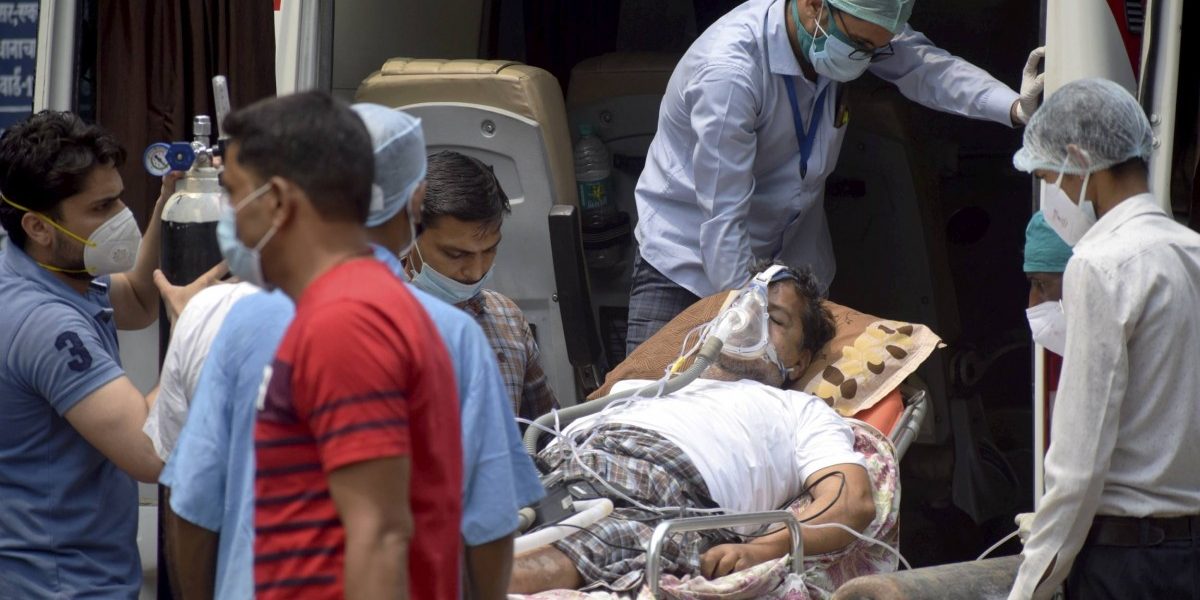 New Delhi: As part of a ‘mock drill’, a private hospital in Agra cut off oxygen for five minutes to nearly 100 patients in its ICU on April 26. This sensational claim was allegedly made by the owner of Paras Hospital, Arinjay Jain, in an audio clip that has been reported by several media outlets.

Authorities in Uttar Pradesh have ordered a probe into the incident, even as Agra’s district magistrate Prabhu N. Singh claimed there was no death due to lack of oxygen on the day the alleged video was recorded.

From the audio of the clip, it appears that the ‘mock drill’ was conducted to see what would happen if the hospital ran out of oxygen. Jain, who is not seen in the video, does not mention if Paras Hospital was running low on oxygen. Several hospitals across the country reported an acute shortage of medical oxygen in April and May 2021, when the second wave of COVID-19 was at its peak in the country.

According to NDTV, Jain can be heard saying in the video, that the hospital was told even the chief minister cannot get oxygen, so it should start discharging patients. “Modi Nagar is dry. We started counseling families. Some were willing to listen but the others said they would not leave. I said ok let’s do a mock drill. We will find out who will die and who will survive. So we did that at 7 am. A mock drill was done. No one knows. Then we identified 22 patients. We realised they would die. This was done for 5 minutes. They started turning blue,” he can purportedly be heard saying.

“Twenty-two patients started gasping for breath and their bodies began turning blue. We came to know that they will not survive. Seventy-four others who survived in the ICU ward were told to bring their own oxygen cylinders,” he added, according to Hindustan Times.

Some reports claimed that the 22 patients died, though Jain does not say this in the video.

Medical murder: Amid scarcity of oxygen, 22 patients in critical condition reportedly died after a private hospital management switched off oxygen supply for 5 minutes on Apr 26.

Agra district magistrate Singh said that there was “some panic and shortage” of oxygen, which was sorted out in 48 hours. “In this hospital, there have been seven Covid deaths on the 26th and 27th of April. The hospital also has a lot of other ICU beds. There is no truth that 22 people died but we will carry out an inquiry,” Singh’s statement says, according to NDTV.

As the clip made headlines, Jain said his statements were misinterpreted. “We too had received instructions from the administration for judicious and rational use of oxygen. In the third week of April, we [categorised] our patients into those who were on high flow and those on low flow (of oxygen),” he said.

“There is a severe shortage of both oxygen and humanity under the BJP rule. Action should be taken immediately against all those responsible for this dangerous crime,” Rahul Gandhi posted on Twitter. “My condolences to the families of the deceased in this hour of grief,” he added.

Priyanka Gandhi, said, “PM: ‘I made sure there was no shortage of oxygen’ CM: ‘There’s no shortage of oxygen. The property of those spreading rumours about shortage will be confiscated.’ Minister: ‘Give just enough oxygen patients need. Don’t give too much oxygen.’ Agra hospital: ‘There was no oxygen. Mock drill was conducted by turning off oxygen for 22 patients.’ Who’s responsible?”