Why R.G. Sudharson's Dismissal From Madras School of Social Work Must Be Resisted

Sudharson's dismissal is in all likelihood a response to his public, principled and consistent defence of civil liberties. 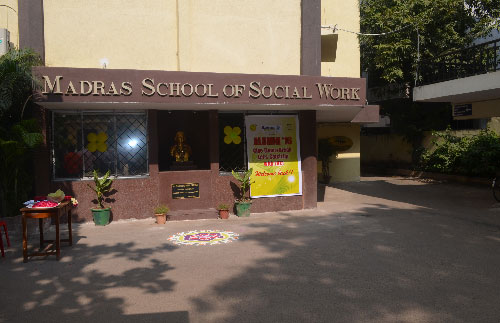 Notes on the Academy
Education
Government
Rights
26/May/2021

On May 5, R.G. Sudharson, an assistant professor at the Madras School of Social Work (MSSW), was summarily dismissed by the college administration. His appeal for an enquiry into the circumstances of his dismissal was ignored. The letter of dismissal makes no reference to any complaints against Sudharson, and indeed, in the testimony of many students over the last four years repeated mention is made of the positive environment Sudharson had cultivated in his classroom, his thoughtful and diligent mentorship of postgraduate students, and his steadfast commitment to and advocacy for the welfare of students not just in his college but in the wider city of Chennai.

No charges were brought, no committees were constituted, no due process was followed. He was given an impossible choice: to either resign or face termination. Further, to the surprise of many, his letter of dismissal casts baseless aspersions on his professionalism, by alleging that he was not “diligent in the discharge of duties expected”, a vindictive move that is surely calculated to make it difficult for him to secure another academic position.

Sudharson’s dismissal is in all likelihood a response to his public, principled and consistent defence of civil liberties. His dismissal is, sadly, not a singular event, and is properly understood as part of a broader trend of academics facing intimidation, harassment, suspension, and dismissal for refusing to quietly accept the various injustices visited on common people by the state, the dismantling and debasement of the public education system, and the ongoing assault on academic freedom.

Also read: Six Tables That Tell the Story of Academic Unfreedom in India

The recent case of Gilbert Sebastian, assistant professor at the Central University of Kerala, who faced suspension after allegedly referring to the RSS as a proto-fascist organisation, or K.S. Madhavan, associate professor at the University of Calicut, who was issued a show-cause notice by the university administration for authoring an article highlighting how reservation policies are being subverted, are just two examples, but there are many others.

Over 160 academics and members of civil society from across the country have now petitioned the MSSW and the higher education minister of Tamil Nadu, asking that Sudharson be reinstated with immediate effect. It is a matter of great shame, however, that academia has not yet found within itself the courage to more energetically close ranks around its members at times like these. What is worse, it appears that collective outrage is only reserved for the most “eminent” of academics, such as the case of Pratap Bhanu Mehta and Ashoka University.

We are diminished as an academy when we accept without protest these gross violations of academic freedom. To dismiss an upstanding faculty member without cause and without enquiry runs contrary to any principle of justice and fairness. On this point there can be no hesitation. As an academic and as a citizen, Sudharson has fought to defend our freedoms. It is only proper that we come to his defence.

We are diminished further by conditional expressions of solidarity. There are many among us in the academy that will privately rage against injustice, but publicly prefer to maintain what they imagine is a dignified silence. There is no dignity in this; it is now and has always been indistinguishable from tacit approval.

Those that jealously reserve their endorsement of campaigns that decry the dismantling of academic freedom, the systematic erosion of civil liberties, the brutalisation of religious minorities and marginalised groups, the pervasive influence of right-wing political agendas on syllabi, or even as in this case campaigns that aim to reverse the decisions of a college administration that has thrown its lot in with the ruling establishment, ought to ask themselves: how long do they hope to fly under the radar before their freedoms are restricted too?

Notes on the Academy is a collective that aims to critically evaluate academic institutions and culture.