A Primer on the Unrest in India

The unrest is the result of the slow accumulation of numerous heartaches given by this government, since its entry in 2014.

In the last fortnight, I’ve been intrigued at the way the unrest against the Modi government has spread like wildfire.

Things have really erupted. While there was almost no protest when Modi made 85% of India’s currency invalid, now suddenly new fires are erupting by the day.

Students are willingly facing bullets and stun grenades. People are resigning from coveted posts of IAS and IPS and meritorious students are refusing degrees and awards. The level of unrest is such that even the international community has taken note, further denting India’s credibility.

I pondered over the issues involved. Taking them issue by issue was so puzzling. Then I tried the macro approach. Suddenly, I got it all. I am sure this 101 macro approach will help you too.

Why are so many students, academics and bureaucrats now protesting the Modi rule with such gusto? Surprisingly, this is happening even as the justifications by the government seem to be at least partly correct.

Is it all due to the NRC? Well, Modi’s claim that it has not yet been even discussed in the cabinet, much less the parliament, is true.

Is it the CAA? Again, it is true that Nehru-Liaquat pact (Delhi pact) has not been fully honoured by Pakistan, so CAA is a bit of a remedy.

Is it due to the reading down of Article 370 concerning J&K? Well, there is some merit in removing the special status, now that J&K has indisputably been part of India for over 70 years. Also, it indeed has been a national demand for several decades. 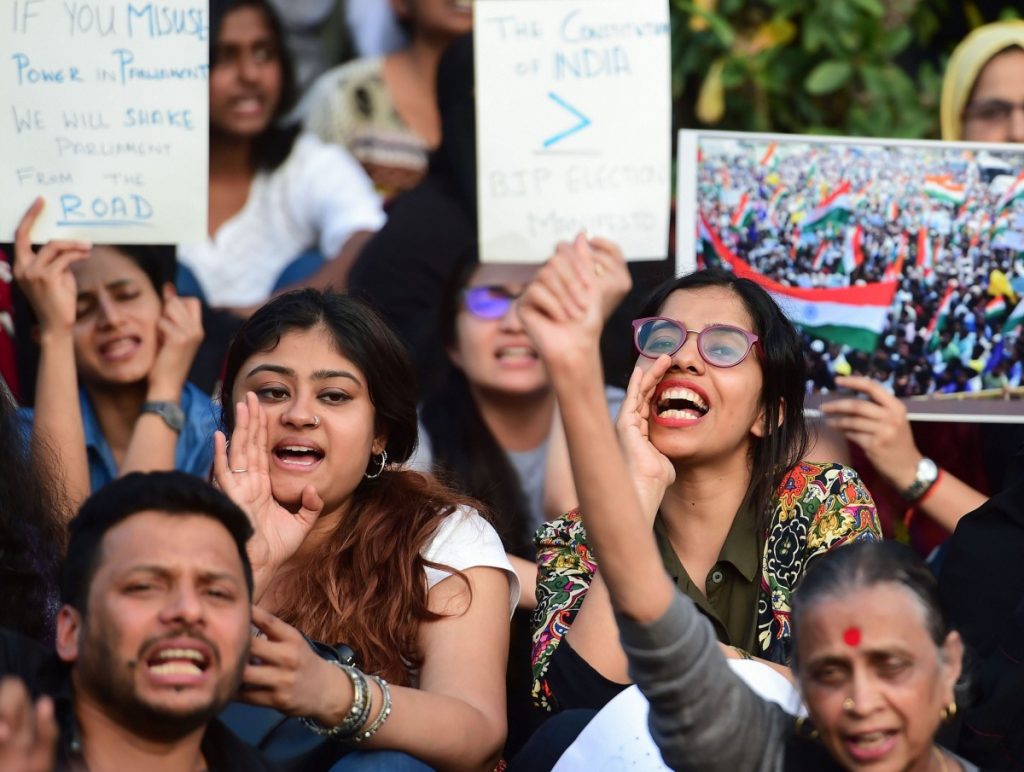 Protest against the CAA, NRC and NPR in Bengaluru on Saturday. Photo: PTI/Shailendra Bhojak

So, why is it that people are protesting in large numbers? And further, it is not the opposition parties but the common people of India that are up in arms. Have they all been bought over by Congress?

My reading is that their anger is not erupting from specific issues. It is the result of slow accumulation of numerous heartaches given by this government, since their entry in 2014. The situation has been simmering since beginning but has only now erupted in a blazing fire. Things have been building up and only now has the tumour burst. It is not a case of a decapitating surgical strike, but more the straw that broke the camel’s neck.

People are angry that issues that really trouble them on a daily basis are not being addressed but those that are almost a non-issue for the daily bread, are being taken up. Not only are they being taken up, they are done so at a feverish pace.

That is not good governance. If a patient is dying of cancer, he will surely object if the doctor spends all the time discussing how to help him grow more hair!

People are now convinced that India’s economy has reached a extremely low point and the job situation is really bad. These two issues always agitate people but only once they start affecting them individually. Now that time has come.

Also read: Six Numbers the Modi Government Did Not Want You to Know in 2019

The other big issue is injustice towards the disadvantaged. No one likes to see themselves as part of a society where grave injustices happen on a daily basis. The lynchings, the covert legal protection to terrorists of Hindu origin, the oppression of dissenters, have always been soul wrenching. This fire has been smouldering since 2014.

But as Indians being very tolerant, almost passive, this did not reach critical mass. Until now.

Things changed with reading down of Article 370 in Kashmir. People saw enormous amount of resources of the country being diverted to douse the Kashmir fire. People were perplexed because the Kashmir issue had not been troubling them on a daily basis. 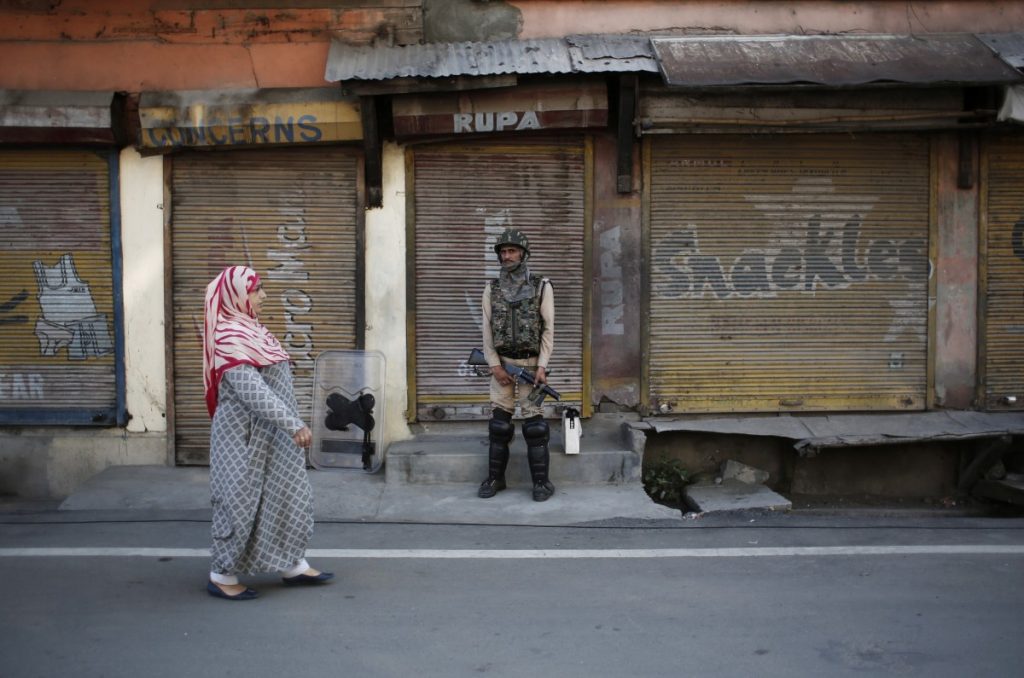 A Kashmiri woman walks past a jawan as he stands guard in front of closed shops during restrictions, after scrapping of the special constitutional status for Kashmir by the Indian government, in Srinagar, August 22, 2019. Picture taken August 22, 2019. Photo: Reuters/Adnan Abidi/File Photo

The terrorist acts had actually come down. Even the stone pelting was down. Whatever little was happening was not making the life of the common man in India any more difficult than it already was.

Then came the NRC of Assam. Details of this in the print and electronic media brought home to people across India that something was truly amiss. And when the results came out, the government seemed reluctant to accept the results achieved at such expense.

Since it did not suit the party that predominantly forms the government, another set of massive efforts started in form of CAA and NRC. When NRC too started becoming indefensible, they withdrew their attack from the left flank but immediately moved to attack from the right flank – the NPR.

On the logical front, it is now clear to people that all the measure taken by the government – Kashmir, CAA and NRC – are not to help people get their daily bread, but instead to appeal to their vote bank. If the other more direct measures of prosperity – GDP, economy and employment – had been positively addressed by the government, these three measures might even have been acceptable to people. But this balance, which is all negatives and no positives, is an outcome that intelligent people are unwilling to accept.

Students, academics and bureaucrats are intelligent and busy people. For five years and a half, they did not find it worth their time to wade into these issues. Till now, the issues were being experienced piecemeal. They were, unfortunately, not presenting a coherent picture of pure mis-governance. Now the penny has dropped. Suddenly, all pieces of the puzzle fit it and the picture has emerged. The group is seeing that the picture is ghastly. Hence, the action that we see.

Is it all a result of mis-perception by the intelligentsia? Who can say? And how does it matter? The matter is in the minds of people, not in a courtroom. Just as the perception of 2013-14 that Modi will provide the remedy for misrule by Congress finally showed results, this one too will do so. A protest rally by Mamata Banerjee against the CAA and NRC in Kolkata. Photo: PTI

In any case, intelligent and educated people know that this is not mere perception. Hard facts, all from government supplied data, all point towards the same. This report by Arvind Subramanian, former Chief Economic Adviser of this very government, points it out clearly. It also confirms that this great slowdown is not just a one-time oddity; it is a total collapse of the Indian financial system.

The report shows that GDP is down from 8% to 4.5%. Even this 4.5% is highly suspect. Check this from independent other data that is coming up further. Imports down to minus 6% and capital good industry down to minus 10%. This situation is the same as the great Indian problem of 1991.

More devastating news. Consumer goods production down from 5% to 1%. Electricity down from 8% to 1.8%, the lowest in last 30 years. Exports down from 9% to minus 1%. Direct tax revenue down from 16% to 0. Housing sale is Rs 2 lakh crores a year in a metro city while the unsold houses are Rs 8 lakh crores a year. Earlier, lending to real estate was growing by a whopping 20% a year. Now, it has plummeted to just Rs 1 lakh crores a year.

All above data comes not from Sri Jawaharlal Nehru (isn’t everything to be blamed on him?) or the Congress, but by this government itself.

Also read: Why Scheduled Caste Refugees of Bengal Are Resisting CAA and NRC

Employment status is the worst in last 45 years. Details of that will require a full post.

With all this, sensible people are saying, how dare the government put in time and resources in raking up Kashmir, CAA, NRC etc. The 130 crore are suffering daily not because of terrorists or citizenship problems, but because of poor economy and lack of jobs. The whole thing just doesn’t add up.

Now that this has happened, there is no way the government can get out of the bind. They may withdraw the NRC and even the CAA, but it will not help. People will see it as a tactical retreat and reject it. The intentions of the government, their credibility as good people, has been dented severely. Now, they’ll just have to go.

And no one will shed a tear.

Please return us to the bad days.