A Letter to Sudha Bharadwaj, From the World of My Childhood

"I have never expressed how much you have given me: perhaps your life and commitments, which were far less interesting than the games and songs in my childhood, resonated in more ways than I will understand." 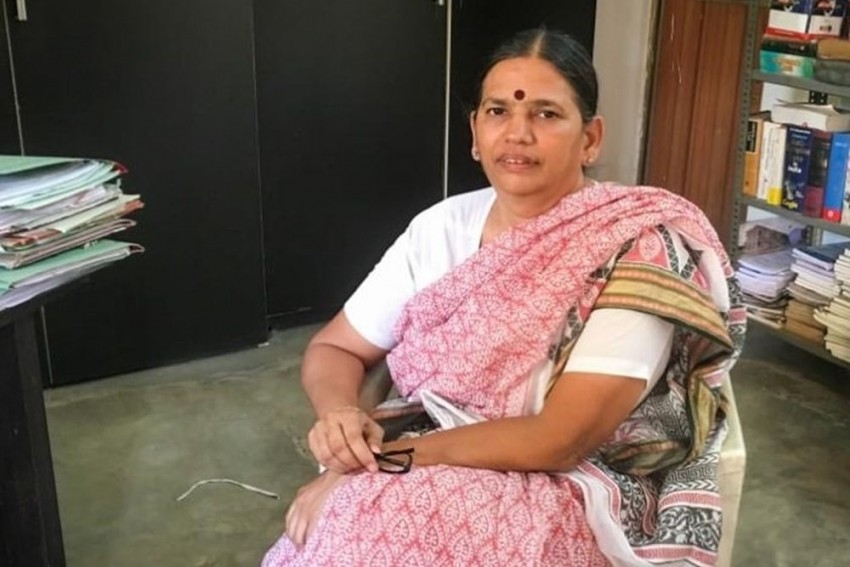 It has been five months now, since you were jailed. Each day, I wonder if I will write something that makes sense of what these five months have meant. But context, analysis and implications have a time and place. You belong to another world – going back to my childhood. And it is from that world that I write this note.

I write to the aunt who, when I was eight, thought that I was old enough to understand primitive communism and the barter system: my first lesson in Marx. I write it to that aunt who watched old Hindi films with me. I didn’t know at the time why you were travelling between Delhi and Chhattisgarh, your trade union work, or your work as a lawyer. I heard you talk about Shankar Guha Niyogi – but for me, you were still more important when you sang ‘Ibn Battuta’ and ‘Mera joota hai Japani’: songs which will forever belong to you.

I grew older, and you became Sudha Bharadwaj. With my college days, going to Bilaspur, you finally became for me the lawyer and activist that so many have written about. I remember when you were in Delhi for a week, and some of us decided to organise a panel on the Maruti workers’ movement, and you agreed to speak. And I just took it for granted that you would. As I took for granted your willingness to work and talk with me: even if I mailed you from the US about an assignment. Just like that, the reply would come.

I don’t know whether you liked being in Delhi as much as Bilaspur: but I can only be grateful that you were around so often over the summer when I visited. I have never expressed how much you have given me: perhaps your life and commitments, which were far less interesting than the games and songs in my childhood, resonated in more ways than I will understand.

You saw a sulky, angry and stressed version of me when we last met, desperately going through research material. And you asked whether I miss the kind of political work you remembered me doing in Delhi. I wish I could tell you, and could have told you, what I am thinking, and how things are happening here – and you would have wanted to know even though we both understand the vast gap between UMass and Bilaspur.

Also read: Sudha Bharadwaj, a Lawyer and Person I Am Proud to Salute

When we last talked on the phone, you were being taken for house arrest – a quick goodbye. But what you said was, in every sense, ironic. You told me that I should make sure that I take care of myself, stop working hard and make sure that I have some fun and spare time in life. I will take that suggestion. But more than that, I hope to take another bit of advice, an always unspoken presence since I have known you – a life based on commitments, not only to specific political ideas, but to the recognition of the lives that people have, imagine and desire – wherever we all come from.

My most enduring memory of you, or the one that I think of most these days, is you singing ‘Aa Chal ke Tujhe’. I didn’t know this was a Kishore Kumar song till recently. It was always the song you sang. More and more, I find myself humming along to memories of you.

So here it is, until I hear you sing again.

Ragini Jha is a doctoral student of history at the University of Massachusetts, Amherst.