When Storytelling Becomes a Pedagogical Tool

Innovative academics across North American universities are introducing students to Hinduism by tweaking the storied experience. 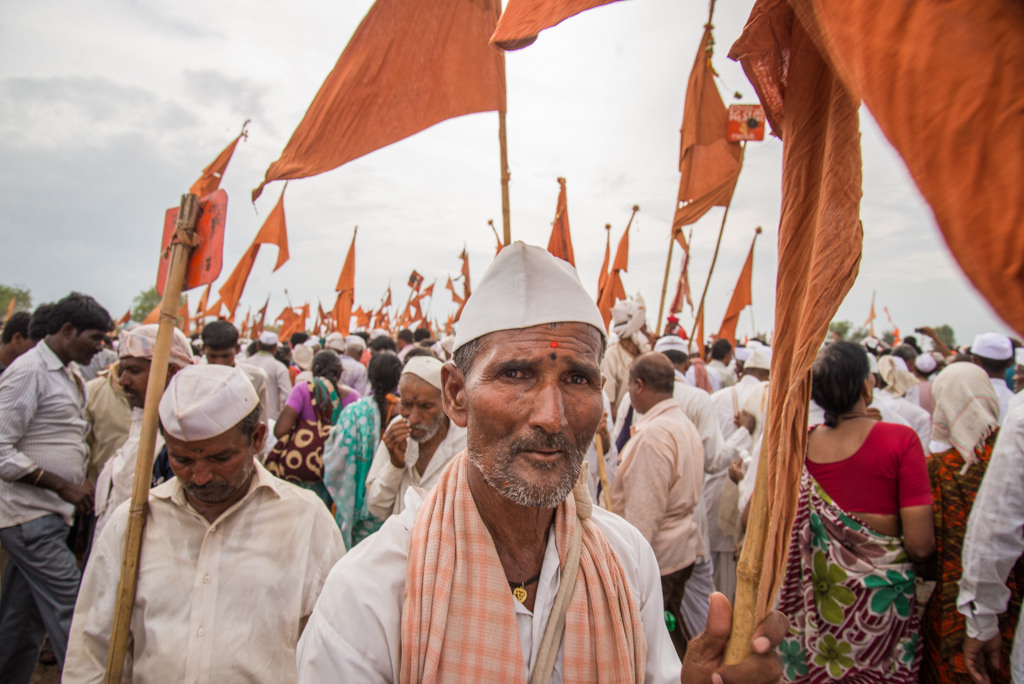 One academic relies on ethnographic accounts and novels, including a Marathi writer's account of his journey with the Warkaris on their annual pilgrimage to Pandharpur in Maharashtra. Credit: Saurabh Chatterjee/ Flickr (CC BY-NC-ND 2.0)

Ryerson University is located in the downtown hub of the world’s most diverse city, Toronto, Canada’s cultural capital. Such a distinction offers the advantage of testing cultural diversity, but it poses a challenge, too, to academicians across North American universities who are engaged in teaching religious studies to a student body coming from differing backgrounds.

Raj Balkaran, Ryerson’s first World Religions instructor, who also teaches at the University of Toronto School of Continuing Studies, seized this opportunity to introduce the complexities of Hinduism to his students by using storytelling as a pedagogical technique. He opened his class with a mythological tale – the story of a king from the Devi Mahatmya (the greatness of the Goddess) in the Markandeya Purana. Balkaran’s purpose was to explain how “the Goddess artfully expresses a dichotomy at the heart of the Hindu world: the opposing ideals of ascetics and kings” – what he calls “Hinduism’s dharmic double helix”.

The idea of storytelling, he says, was to first “immerse learners [in] an impactful storied experience” and then “defer to the analytic mind to decipher the storytelling they experienced…unpacking vital material along the way.” (Balkaran’s book on this topic, The Goddess and the King in Indian Myth: Ring Composition, Royal Power, and the Dharmic Double Helix, is due for publication this year.) 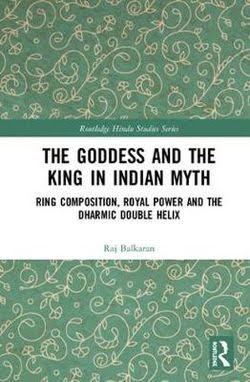 Raj Balkaran
The Goddess and the King in Indian Myth: Ring Composition, Royal Power, and the Dharmic Double Helix

All world religions are replete with mythology, and retellings to suit the age and clime are an integral part of them. One is familiar with the traditional arts of storytelling that devout Hindus turn to for edification – be it the Harikatha or the Upanyasa, or the informal atmosphere of the Balavihars where it is through activities like storytelling that children augment their knowledge of religion gained at home. But a structured study based on storytelling in the university classroom comes as a surprise. Sceptics may even wonder if it’s not a case of old wine in a new bottle.

Such impressions would be instantly dispelled if one were to read the latest issue of the biannual ‘Spotlight on Teaching’, in the Religious Studies News (RSN) published by the American Academy of Religion. Titled ‘Teaching Tales: Harnessing the Power of Storytelling in the Hindu Studies Classroom and Beyond’, the issue is edited by Balkaran. It presents case studies by seven academicians teaching Hindu studies who have tweaked the time-tested method of storytelling as a pedagogical tool to teach religion and philosophy courses. Balkaran’s own experiment with storytelling in the classroom is one of the seven case studies.

The students come with different perspectives they have internalised growing up in pluralistic societies, which gives the narrative technique an edge in teaching religion. It is not as if storytelling has not been handled before by generations of academicians – the reference to Patrick Olivelle’s translations, The Early Upanisads and Pancatantra: The Book of India’s Folk Wisdom among the resources listed in this study, is an eye-opener. What is heartening is that the need to innovate according to the changing dynamics of the classroom in different contexts has contributed to the continually evolving strategies of this pedagogical method.

Take Elizabeth M. Rohlman, who teaches at the University of Calgary (Canada). She applied the storytelling tool by framing her courses “with an understanding of the value of the emic and eticperspectives in the study of religion”– that is, from the subjective (insider) and objective (outsider) standpoints respectively. Her approach was inspired by Giorgio Bonazzoli’s observation in his article, ‘The Dynamic Canon of the Puranas’, that “the dynamism of this canon is the result of two conflicting impulses within the genre: the abstract mandate to preserve the original rahasya, or secret, of the puranas, and the more practical need to evolve with the religious needs of living humans.” 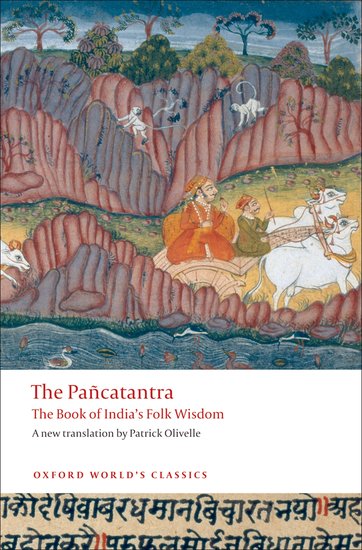 Jeffrey M. Brackett, who teaches at Ball State University in Indiana (US), elaborates on his reliance on ethnographic accounts and novels in his introductory courses. He points to the fact that successive batches of students have had one steady favourite, namely a translation of the Marathi writer D.B. Mokashi’s account of his journey with the Warkaris on their annual pilgrimage to Pandharpur in Maharashtra. Titled Palkhi: An Indian Pilgrimage, it reads like a novel and memoir, at once making it relatable at multiple levels.

The ethnographic dimension of religion is a pointer to the sensitivity required in any discussion centred on religion, especially in the public square, and more so when formally taught in a classroom.This is seen in the pedagogic goal of Shana Sippy who teaches at the Centre College and Carleton College in Minnesota (US): to make her students consider “how Hindus draw upon religious narratives to interpret their lives, relating to key stories for the production of political ideologies, community ties and moral bearings.”

Caleb Simmons, from the University of Arizona (US), takes recourse to multi-media presentations to immerse his students in an experiential learning that he terms “trans-media balancing”, the purpose being to resist the hegemony of the printed word. He often shows a video clip from The Chronicles of Narnia, Star Wars or Lord of the Rings before moving on to visuals of 3D sculptures, films, paintings, performances and 360-degree views of interiors of temples and palaces decorated with murals to peg the discussion. Not surprisingly, his method is very popular with students.

The epics and puranas naturally lend themselves to storytelling, but how about the Upanishads, the acme of classical Hindu philosophy? Steven E. Lindquist, who teaches at the Southern Methodist University in Texas (US), says his ‘unassuming pedagogical strategy’ is to unpack the Upanishadic narratives before advancing concepts such as atman, Brahman and moksha. This also enables the students to appreciate “the various historical horizons striving to preserve the Upanishads as hallmarks of classical Indian thought.”

For 25 years, Hillary Rodrigues introduced students to Hinduism by breaking the mould of traditional textbooks with his Hinduism – the eBook. Exploring aspects of Hinduism – its social structures, deities, scriptures, rituals, mythology and philosophies – he introduced every chapter with a narrative vignette. Its popularity with teachers and students eventually resulted in the publication of two textbooks. The main takeaway for Rodrigues, who teaches at the University of Lethbridge in Alberta (Canada), is that “Stories connect authors and readers, or tellers and listeners far more intimately than impersonal and merely informative modes of communication. Within the receptivity and focus that is induced when one is absorbed in reading or listening to a tale, learning inevitably occurs.”

Proof of the enduring appeal that classics hold for young and old alike can be seen in Roshani Chokshi’s latest book for children, Aru Shah and the End of Time: The Pandava Tale. It is the debut title in the Rick Riordan Presents series, named after the acclaimed author known as the “storyteller of the gods”. This is Roshani’s take on Hindu mythology, and Aru Shah is her ‘girl power’ protagonist, avatar of a Pandava. The story helps anchor the philosophical concepts contained in the Mahabharata and the Bhagavad Gita and is bound to appeal to the post-millennials.

Clearly, it’s all about the storied experience.

Sudhakshina Rangaswami, The Wire’s Editor-at-large writing on philosophy and religion, is the author of The Roots of Vedanta, Penguin.