What the Haji Ali Victory Means for India's Women

The reasons offered for barring women from the inner sanctum of the dargah draw from conservative and patriarchal viewpoints, which border on the ridiculous. 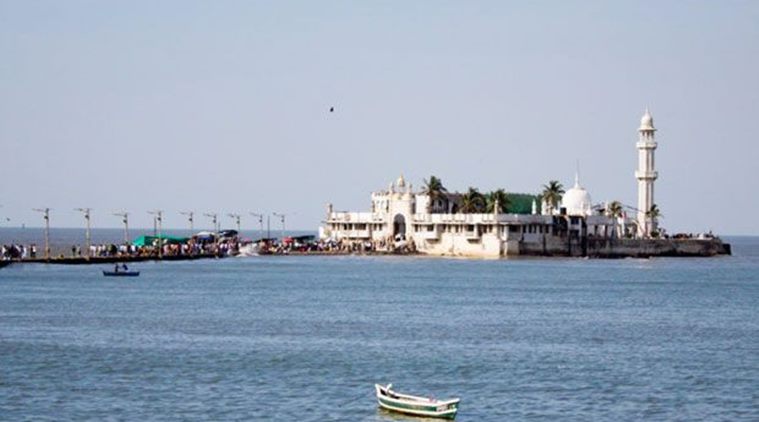 Hearing our PIL, the Bombay high court gave a verdict on August 26, lifting the ban on women’s entry into the sanctum sanctorum or mazar of the Haji Ali Dargah. This judgment does much more than restoring women’s entry into the sanctum of the popular sufi shrine. It restores our faith as Muslim women and as Indian citizens. It is a historical step forward for women in India and their arduous quest for equality in religion and society. The judgment signifies that an important pillar of our democracy – the judiciary – is on the side of women seeking justice against patriarchy masquerading as religion in our society.

At a time when the Haji Ali Trust is getting ready to file a review petition in the Supreme Court challenging the high court verdict, it is important to briefly recount the facts that led to this PIL

Like scores of women and men, we too have grown up visiting Haji Ali and other sufi dargahs. We went to Haji Ali as recently as 2011 and offered chadar at the mazar. We received a rude shock when in early 2012 we were stopped from reaching the mazar; we found steel barricades installed on the path to prevent women from entering. Unable to accept this sudden change and discrimination, we asked the Trust for an explanation. Several phone calls to their office in addition to letters to the office bearers did not yield any response. We sought help from the state womens’ commission and other government bodies. They tried to intervene but to no avail as the dargah trust did not respond at all. We took up the matter for discussion with our women members in different states and the decision to go to court was arrived at. This process lasted for nearly two years before we were able to approach the Bombay high court.

The ostensible reasons to bar women from places of worship are many. From dargahs to temples, almost all religious places offer the conservative viewpoint on women’s access to sacred spaces. These positions are rooted in misogyny and male domination, and go against the very idea of gender equality. Most age-old arguments are outright patriarchal, irrational and at times bordering on the ludicrous. Women are deemed impure when they menstruate. Using her own biology to shame, demean, confine and stigmatise her has been an old strategy of the patriarchal forces. This impurity at once affects the reproductive and sexual aspects of her personality and existence. It comes handy to bar her from entering places of worship. Indeed, this was the primary argument offered by the patriarchs in our case. Another unacceptable reason offered was about the safety and security of women. Intermingling of sexes would endanger the women, we were told. And therefore, barring our entry was for our own good.

We were further told, “women appear naked to the souls in the graveyard and hence they can’t visit the grave of any saint”. If not laughable, this is a serious assault on rationality. Some other unfounded arguments were put forward, generally in the name of shariat and religion, without any valid evidence or reference. The biggest question begging for an answer was this – what changed suddenly in 2012 to prevent us from entering?

Another important aspect needs to be highlighted here. Gender justice is a fundamental principle in our reading of the Quran. Haji Ali is a sufi saint whose shrine is popular amongst people of all faiths. Scores of Hindus, Muslims, Christians, Sikhs and Parsis visit the shrine daily. There is a growing trend of Salafism/Wahabism being witnessed within the Indian sub-continent, wherein going to a dargah is akin to idol worship. Against this onslaught of orthodoxy and misogyny it is important to uphold the sufi face of Islam, which signifies love, peace, harmony, pluralism and humanity. The sufis believed that each human being must discover her own path to God. Sufism does not lay down prescriptions for others to adhere to. Gender discrimination would be in direct contravention of Sufism. Compare this with the wahabis who are against the very notion of a dargah. The keepers of dargahs cannot resemble the wahabis in practice.

Lastly, the Haji Ali dargah is a public charitable trust. Any legal entity, be it a trust or society, is bound by the constitution and its values of equality, justice and freedom. Using articles of the constitution – in this case Article 25 and 26 – for furthering their own misogynist views did not hold in front of the court. Besides, Articles 25 and 26 apply to all citizens equally irrespective of gender, meaning they do not give precedence to men over women. As Muslim women we invoked the same articles under the constitution that deal with freedom of conscience and free profession, practice and propagation of religion as well as the freedom to manage our own religious affairs. Additionally, we also invoked Articles 14 and 15, which deal with equality and non-discrimination on the basis of sex.

Zakia Soman and Noorjehan Niaz are co-founders of Bharatiya Muslim Mahila Andolan and petitioners in the Haji Ali case.