The Ram Navami Mela or fair will be held from March 25 to April 2 and is likely to attract millions of devotees. 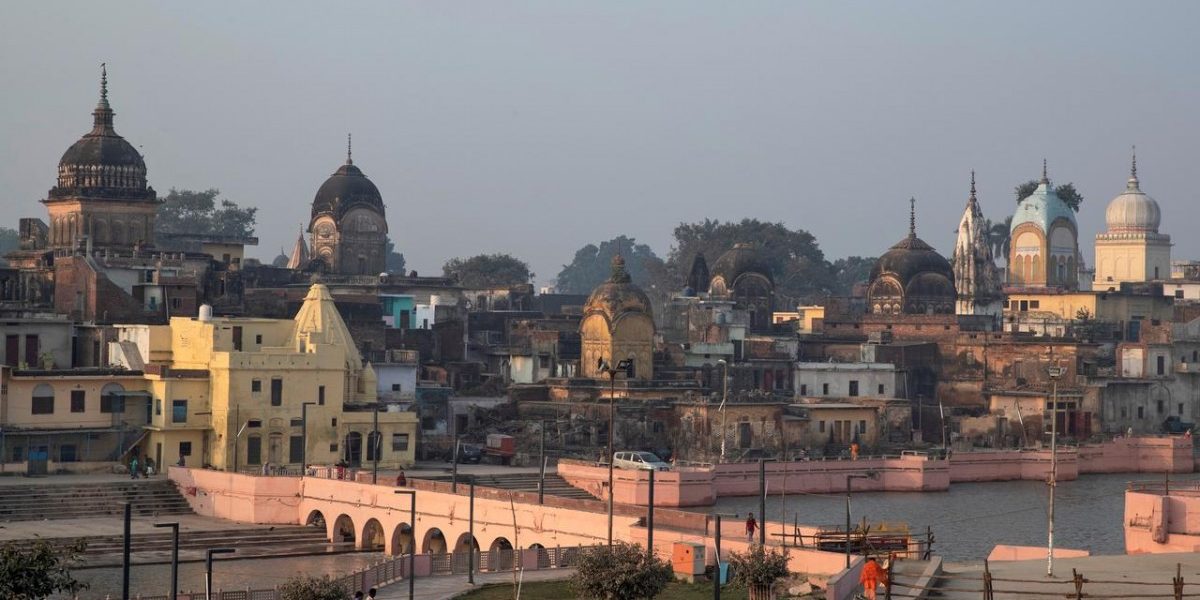 New Delhi: Even as multiple state governments are looking to prevent a coronavirus epidemic in their respective states, the Adityanath-led BJP government in Uttar Pradesh has gone ahead with approving a mega-event at Ayodhya on the occasion of Ram Navami.

The Ram Navami Mela or fair will be held from March 25 to April 2 and is likely to attract millions of devotees.

What is surprising is that the state government decided to hold the fair despite having been professionally advised against it.

Sources in the government said that the Adityanath dispensation gave a go-ahead to the mela to avoid a “Hindu backlash.” They said that while the mela draws huge crowds every year, this year’s celebrations were special given the Supreme Court’s judgment allowing the Hindu litigants to construct a Ram Temple in land whose ownership has been disputed.

Following the government’s go-ahead, district officials have, however, changed their stance. They have assured people that the government would make all the necessary arrangements to prevent “further spread of COVID-19.”

Also read: Coronavirus: Why India Will Pay a Great Price Without a National Task-Force

While claiming that the district administration have already made all the arrangements, an official at Ayodhya said that devotees would be asked to wear masks and apprised of “do’s and don’ts to prevent the spread of virus.

Ayodhya district magistrate Anuj Kumar Jha, also a member of the temple construction committee defended UP government’s decision too. “This is part of the tradition and we will take precautions but there is no plan to cancel the Ram Navami mela. The district administration has been making preparations for the past one month,” he told The Print.

Meanwhile, Adityanath’s decision has gladdened a section of Hindu saints and Hindutva organisations. “It (the mela) cannot be stopped…it will hurt the sentiments of millions of Hindus…and this year it is more important…for the first time Lord Ram is free,” Ayodhya-based Mahant Paramhans told Deccan Herald.

He added that Ram will ensure that “no harm comes to devotees”, and said that all seers will organise a “yajna” for a “safe event.”

The state government is also planning to broadcast the event live on Doordarshan to attract devotees. The chief minister, Adityanath, is expected to perform the first aarti on March 25 during the mela.

The VHP plans to install a Ram idol in a bullet-proof glass structure on March 25. VHP president Alok Kumar told ThePrint that postponing the event was not an option. “The shifting of Bhagwan Ram from the makeshift tent to the chabutara (platform) is long due. It’s a shubh muhurat on 24-25 March and the event can’t be deferred,” he said.

“The trust (which includes a VHP member) decided in the first meeting to carry out this programme… Lord Ram’s been in a tent for the last 28 years… Before the construction of the temple starts, in the shubh muhurat, this ceremony will take place,” he said, adding that grand celebrations will continue until Hanuman Jayanti on April 8 to felicitate the Ram temple judgment.

On the danger that COVID-19 posed, he said, “In 2.75 lakh villages, a Ram idol or photo will be established and puja performed, but due to the coronavirus threat, we have advised that big mass programmes be avoided on this duration.”

Ayodhya MLA and BJP leader Ved Prakash Gupta defended the VHP and told The Print that it was the “duty of the district administration to distribute masks to protect devotees… but the option of cancelling Ram Navami mela is against tradition and faith”.