The amended lawsuit expanded the original claims to include temples around the US where some of the men said they were also sent to work. 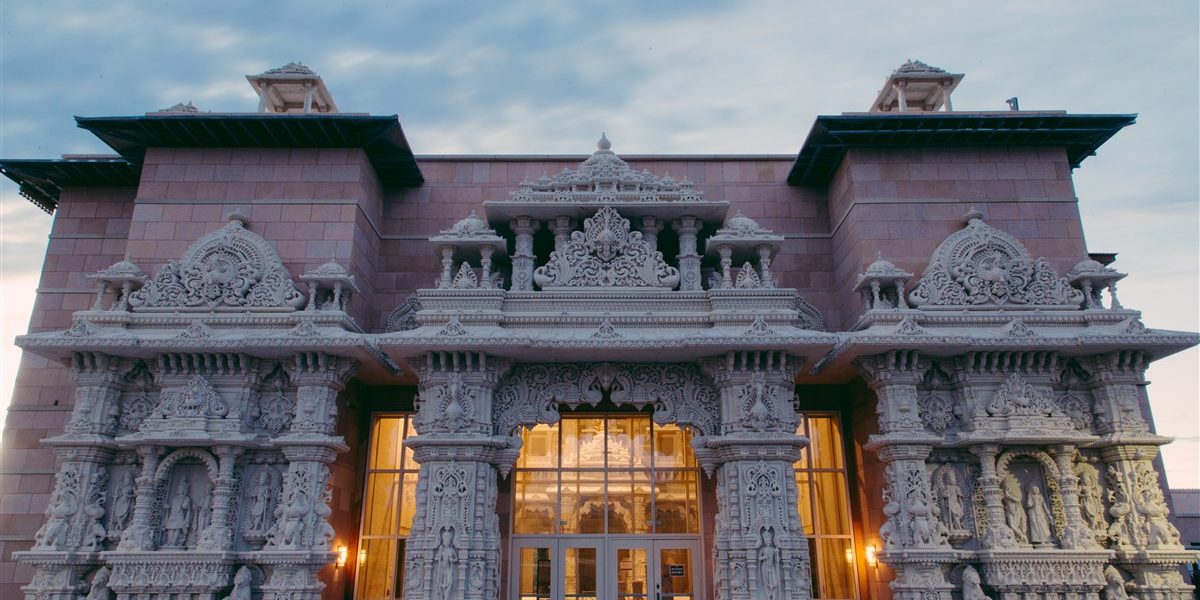 The BAPS Shri Swaminarayan Mandir in Robbinsville, New Jersey, the US. Photo: baps.org

New York: A prominent Hindu sect is facing new allegations in an updated lawsuit that it lured labourers from India and forced hundreds of workers to work for low wages at its temple sites across the United States.

In May this year, a group of Indian workers had filed a lawsuit in US District Court alleging violations of human trafficking and wage law against Bochasanwasi Akshar Purushottam Swaminarayan Sanstha (BAPS), saying they were confined and forced to work for about $1  on constructing the massive Swaminarayan temple in New Jersey.

The New York Times said in a report on Wednesday that in the lawsuit filed in New Jersey federal court and amended last month, BAPS has been accused “of luring labourers from India to work on temples near Atlanta, Chicago, Houston and Los Angeles, as well as in Robbinsville, New Jersey, paying them just $450 a month.

The amended lawsuit expanded those claims to include temples around the country where some of the men said they were also sent to work. Hundreds of workers were potentially exploited, the lawsuit claimed, the NYT report said.

The report had in May said that the complaint had named six men who were among over 200 Indian nationals brought to the US starting from around 2018 on religious visas R-1 visas’. The men were made to work “gruelling hours under often dangerous conditions on the New Jersey site”, the NYT report had said.

According to the New York Times report, BAPS has strong ties with Narendra Modi and has built temples around the world that draw visitors.

India Civil Watch International (ICWI) had said in a statement in May to PTI that starting in the early hours on May 11, an FBI-led raid rescued around 200 workers, most of them Dalits, Bahujans, and Adivasis, from the premises of the Swaminarayan Temple in Robbinsville, New Jersey, reportedly the largest Hindu temple in the US.

The raid in May occurred after a worker died at the New Jersey temple in late 2020, and a co-worker, 37-year-old Mukesh Kumar, contacted a lawyer. The lawsuit claimed that at least three other workers who had laboured on BAPS temples died in India shortly after leaving the US.

The amended complaint accused BAPS officials of violating state labour laws and the Racketeer Influenced and Corrupt Organisations Act, better known as RICO, which was created to go after organised crime, the report said.

The complaint lists allegations including forced labour, trafficking with respect to forced labour, document servitude, conspiracy, and confiscation of immigration documents with the intent to engage in fraud in foreign labour contracting as well as failure to pay minimum wage.”

ICWI had said the workers were being paid $1.2 per hour, well below the current US federal minimum wage of $7.25 per hour, and below even the minimum wage going as far back as 1963.

The NYT report had said the workers “lived in trailers hidden from view and had been promised jobs helping to build the temple” in Robbinsville with “standard work hours and ample time off.

However, the workers did manual labour on the site, “working nearly 13 hours a day lifting large stones, operating cranes and other heavy machinery, building roads and storm sewers, digging ditches and shovelling snow, all for the equivalent of about $450 per month. They were paid $50 in cash, with the rest deposited in accounts in India.

Also Read: Hindu Trust, Accused of Labour Violations in US, Once Filed Case Against Temple Entry for Dalits

BAPS officials have denied any wrongdoing.

In May, Lenin Joshi, a spokesman for BAPS, also disputed the accusations, saying the workers did complicated work connecting stones that had been hand-carved in India, the report had said.

“They have to be fit together like a jigsaw puzzle. In that process, we need specialised artisans. We are naturally shaken by this turn of events and are sure that once the full facts come out, we will be able to provide answers and show that these accusations and allegations are without merit,” Joshi told NYT.

(with inputs from PTI)