The police had earlier turned them away, claiming they had to get some legal clarity on the issue. 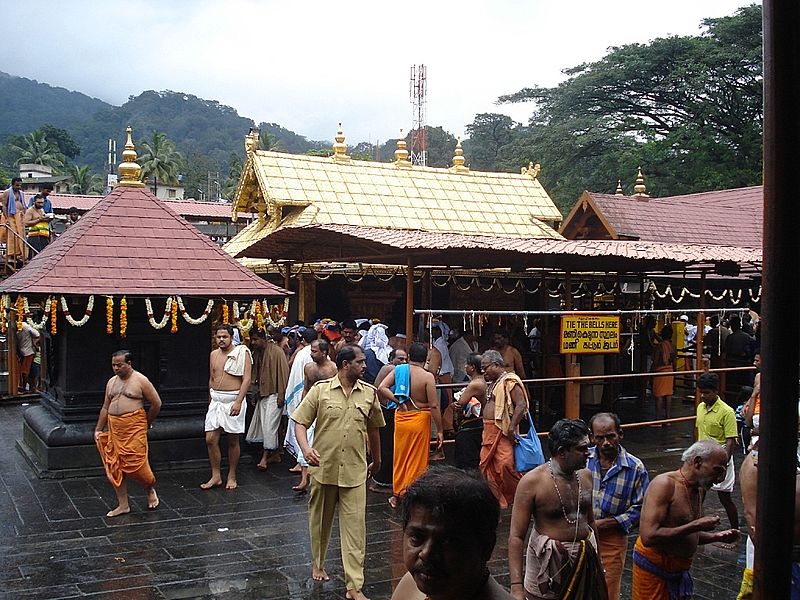 Sabarimala: Four transgender persons, who were earlier stopped from proceeding towards the Lord Ayyappa temple, on Tuesday offered prayers at the hill shrine under heavy police security cover. Ananya, Trupti, Renjumol and Avanthika, clad in traditional black sarees, carrying the customary “Irrumudikettu” (sacred offerings to the deity), were escorted by the police from Nilackal to Pamba and also during their trek to the shrine.

They said they were extremely happy to have realised their dream to offer prayers at the temple. They had met DGP A. Hemachandran, a member of the Kerala high court-appointed supervisory panel, and inspector general of police Manoj Abraham here Monday after which they were allowed to proceed.

Also Read: Sabarimala: A Guide to the Tricky Issues Facing the Supreme Court

The police had earlier turned them away, claiming they had to get some legal clarity on the issue. The state had witnessed massive protests by devotees opposing the entry of girls and women in the 10-50 age group into the Sabarimala temple since the Kerala government decided to implement a Supreme Court order, permitting women of all age groups into the shrine. Over a dozen women have so far made unsuccessful attempts to trek the holy hills. The high court had earlier this month appointed a three-member committee, vesting them with powers to oversee law and order and other problems faced by pilgrims during the ongoing annual season.

Meanwhile, the shrine witnessed a big crowd of pilgrims on Tuesday.