The Erased 'Muslim' Texts of the Nath Sampradāy

Two recently rediscovered teachings illustrate that prior to the 20th century, the Nath community spoke to a Muslim audience and opted to acquire power through religious inclusivity. 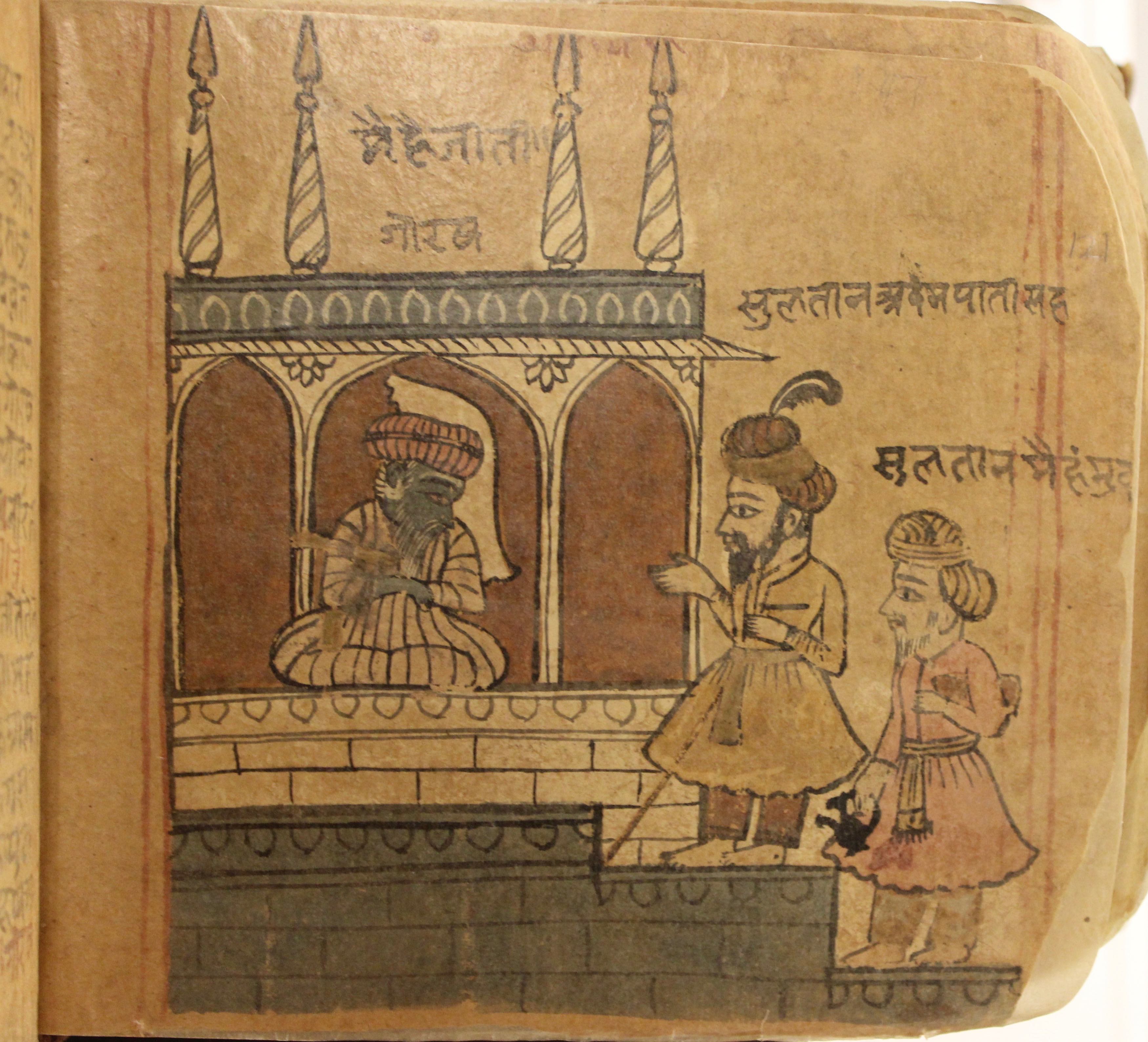 These last few weeks have been arduous for Uttar Pradesh’s chief minister Adityanath. Crisscrossing India, this mahant of the Gorakhnath temple in Gorakhpur has been using his spiritual standing to garner votes for BJP candidates from Tripura to Karnataka. While it is by no means unusual for Nath yogis to involve themselves in political matters, the manner in which Adityanath is using right-wing Hindu rhetoric to woo voters defies the more traditional tenets of his faith.

Two recently rediscovered and never before printed Nath teachings, the Avali Silūk and the Kāfir Bodh, illustrate in detail that although Adityanath polarises communities in order to gain political influence, prior to the 20th century, members of the Nath sampradāy opted to acquire power through religious inclusivity.

The curious case of the missing teachings

In 1942, shortly before his untimely death, Pitamber Dutt (P.D.) Barthwal constructed something that hadn’t previously existed: a stable and authoritative written text containing the Hindavi teachings of the Nath yogis. Entitled the Gorakhbānī, this seminal work on the Nath sampradāy was based on a wide range of manuscripts and constituted a critical edition of the teachings attributed to Gorakhnath and other yogis.

And while Barthwal, unfortunately, passed away before the first publication of his book, this edition of the Gorakhbānī  has maintained its position as the cornerstone for a modern understanding of Nath ideology for over 80 years. Yet, what if we were to find that teachings imperative to understanding the complexity of this community had somehow been omitted from the book Barthwal had intended to produce? This question is essential to consider, since, as it turns out, this is indeed the case.

A particularly strange discrepancy arises when carefully examining Barthwal’s Gorakhbānī, the product of his extensive research. Close inspection of his book reveals that at some point before the publication, two important teachings had been erased from the modern Nath canon. The intriguingly named Avali Silūk (The Highest Song) and the Kāfir Bodh (The Knowledge of the Unbelievers), while discussed in Barthwal’s introduction, fail to have been included in the compilation that Barthwal had so painstakingly prepared. While it is virtually impossible to know if these texts were intentionally removed by disapproving editors or if they were mistakenly omitted due to Barthwal’s sudden death; however, clearly their disappearance has significantly affected the way in which the modern world views the Nath yogis.

The Avali Silūk and the Kāfir Bodh make their first appearance in the earliest extant Hindavi writings attributed to members of the Nāth yogis (a 1614CE manuscript currently housed in the Sri Sanjay Sharma Museum and Research Institute in Jaipur) and continue to circulate in various manuscript traditions well into the 19th century.

These fascinating teachings are often placed alongside one another as if they are meant to be working in tandem. And even though they are significantly different in style, the intended audience of their teachings is undoubtedly Muslim. The two teachings demonstrate that the Nath yogis not only preached acceptance of Islamic beliefs and the continuation of Muslim obligatory practices but also had a desire to present their faith to Muslim communities as a continuation of Islam.

It was these two teachings that prompted Barthwal to write that the Avali Silūk and Kāfir Bodh “…press[ed] home to him that both the Hindus and the Mohammedans were servants of the Lord, emphasising at the same time that the Yogis made no distinction between the two and thus were not partial to any of them.”

However paradoxical it may seem, the sampradāy wished to assert their identity as accepted extensions of both these communities and as transcending all other worldly religious practices. For the Naths, straddling somewhat contradictory roles and identities was not a problem to be resolved, but a mentality to be embraced. 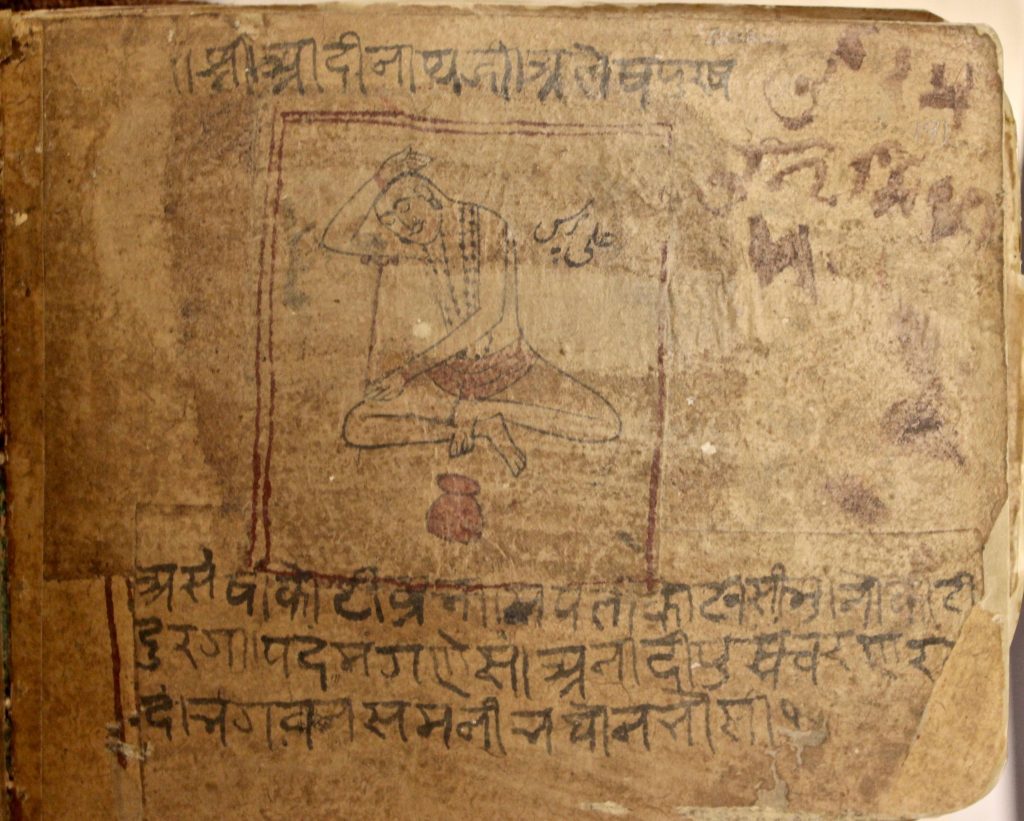 Nath teachings, including the Avali Silūk and the Kāfir Bodh, urged their audiences to think beyond duality and to find comfort in that which was necessarily uncomfortable. In the early-modern period when competitions for spiritual superiority were common in order to attract followers and gain patronage, this philosophy had great pragmatic value as well. Instead of alienating either Hindu or Muslim rulers, Nath yogis sought to include both religious traditions into their fold and hoped to be seen as members of both of these communities. And they accomplished this. Mughal emperors and Hindu kings alike often patronised them and sometimes became devotees of specific Nath teachers or different temple complexes.

The placement of the Avali Silūk as the first of the Muslim Nath text in the manuscripts invited devotees to enter a sacred space within the Nath community in which Islamic beliefs could not only co-exist with Hindu ones but were also welcome to retain their Islamic specificity. This is obvious from the style of the text. Whereas other teachings of the Nath community are most often composed in a linguistically simple Hindavi, often referred to as Sadhhukkaṛī (or language of the sants), much of the Avali Silūk is communicated in a highly Persianised and Islamicised vocabulary, asserting to its audience – in terms they could clearly understand – how the Nath community embraced Islamic beliefs, rituals and practitioners.

Although embedded within a Hindu framework through the invocation of the sacred syllable, aum, and ending with an emphasis on the transcendence of spiritual duality (and the yogic asanas needed to overcome this duality), the majority of the Avali Silūk references terms that are specifically Islamic.

That the Avali Silūk both praises Muslim ideals and builds inroads to mutual understanding between Islam and Nathism can be observed even within the very first verses of the teachings.

[Courageous are those of the book, those who do not follow the book are cowards. The haughty man is the adversary, the one with humility is the friend.

Anger is haram, truth is halal.

The one who desires is the devil, the one who is satisfied is pure of heart.

The man with ego is the infidel, humble is the Muslim holy man.]

And yet, perhaps more interesting is the manner in which the Avali Silūk includes Muslim beliefs and rituals. The following passage not only appears to demonstrate how Islamic practices can be yoked with Nathism, but it also recognises the importance of these rituals and sacred spaces.

The second text, the Kāfir Bodh, also speaks to a Muslim audience concerning the transcendence of religious duality, though its approach is different. In contrast with the Avali Silūk, which largely maintains a studied Islamicised tone that would have felt welcoming in its linguistic register and religious overtones, the Kāfir Bodh begins in a more defensive manner beginning with Gorakhnath asking, “kauṇas kāfir/ kauṇ murdār/ doi svāl kā karau bicār/ hame nakāfir/ amhe fakīr.” [Who is an infidel and who is dead (leaving the world of illusion behind)? Reflect on these two questions. We are not kāfir! We are fakīr].

Yet after this brief antagonistic beginning, the tone of the teaching softens and describes the self-conception of the Naths in terms of attributes they believe qualify them for the status of fakīrs. While both texts are attempts to spiritually transcend religious divisions, the Kāfir Bodh endeavours to do this through challenging pre-conceived notions about Nath yogis within different Muslim communities and speaks without hesitation of their spiritual superiority over both Hindus and Muslims.

[We yogis don’t care for what are other peoples verses of praise. There are limitless idols and limitless protection. Thus we are pleased with that which is in accessible and imperceivable. There are neither Devas nor temples, neither masjid or minarets. All are just the same stone.]

As the teaching continues, it reinforces that neither Hindus nor Muslims can fully encompass Nath ideology, the foundation of which is the total acceptance of paradox; the ability to surpass duality. The early-modern Nath community may be welcoming to both religions, however, ultimately both fall spiritually short of the true understanding which only the Nath teachings can provide.

While today Adityanath, the most recognisable face of the sampradāy, uses his clout to occlude the diverse history of the Nath yogis, the political shift towards the Hinduisation of the Nath sampradāy is very much a 20th century construct. Although Nath yogis had been involved in politics for centuries, it was only under the direction of Mahant Digvijay Nath (c.1934-69) that the Gorakhpur Temple Complex began to turn violently away from its inclusive political past.

Although colonialism, modernity and a newly ascendant Hindu majoritarianism all deeply affected the manner in which different Nath communities articulated their identities and sought to maintain their political influence, it was Digvijay Nath’s leadership in Gorakhpur which laid the groundwork for Adityanath’s communalist agenda. 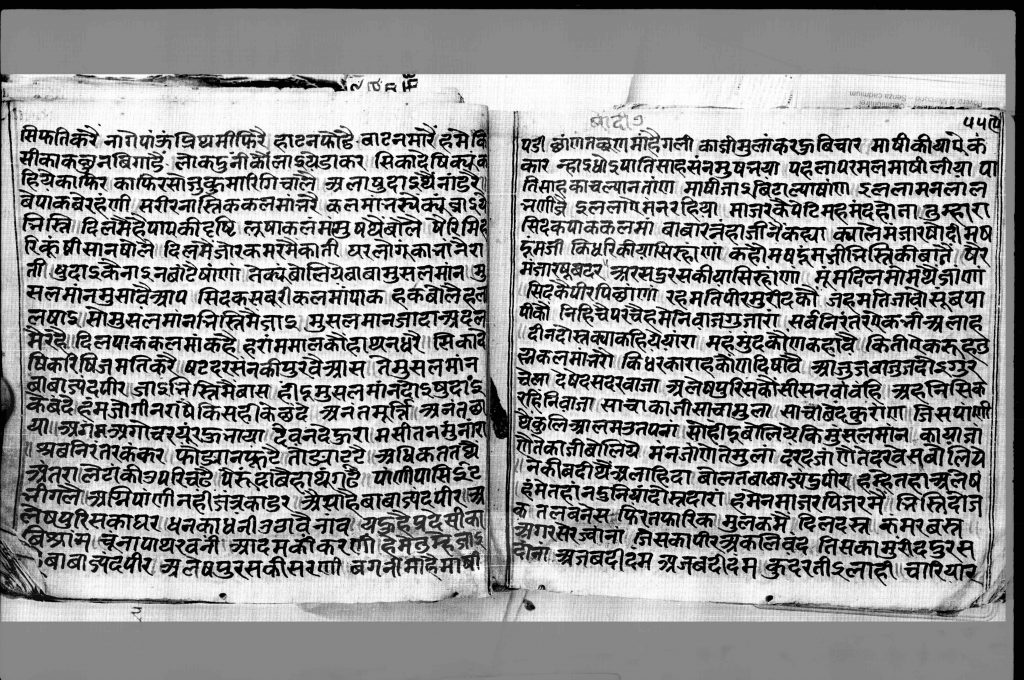 Digvijay Nath’s dedication to Hindutva ideology far outweighed any enthusiasm he may have had for Nath spiritual practices. In fact, according to George Weston Briggs’ account of the Gorakhpur Nath temple during the 1920s, prior to even becoming an initiated yogi, Digvijay Nath was involved in a lawsuit in which he hoped to gain leadership over the Nath temple complex. He had promised that if he were to win the gaddī he would become a member of the sampradāy and have his ears split (the traditional initiation for Nath yogis).

He did eventually win his lawsuit, have his ears split, and become mahant of the temple. However, it is clear from the beginning of Digvijay Nath’s leadership that he wished to use his influence in a different, less spiritual manner. It is in these political footsteps that Adityanath follows.

Although further study is necessary to understand the full import and circulation of the early- modern Nath texts throughout South Asia, the re-discovery of these teachings is critical evidence for how the early-modern Nath community envisioned its place within both Muslim and Hindu communities. Re-establishing their place in the literary canon is a necessary step toward understanding the fullest expressions of the Nath tradition. At a time when members of the BJP and Adityanath, in particular, claim to be concerned with exposing distortions made to Indian history, perhaps it is fitting to suggest that as the mahant of the Gorakhpur Nath temple complex, Yogi examine the texts and history of his own community first.

C. Marrewa Karwoski, a former Fulbright Fellow, is in her final year of a doctoral programme at Columbia University in the City of New York. She specialises in Hindi literature and religious politics in North India.