The Dalai Lama and Social Media, Lost in Mistranslation

The Tibetan spiritual leader has been painted as a misogynist but nothing could be further from the truth. 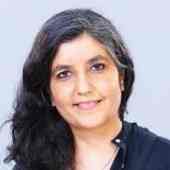 As someone who lived in the UK for over a decade, the BBC has been a staple, hallowed institution for me. It is also a channel the Dalai Lama says he tunes into daily. So it is little wonder that his office granted an interview to a BBC journalist, Rajini Vaidynathan, in late June this year.

Unlike the extreme vetting that is routine in today’s age for media engagement with global celebrities, the endearing innocence and openness for which the Dalai Lama and Tibetans are famed resulted in a free-flowing recorded conversation. During its course, Vaidyanathan chose to put two questions to him that he’d been asked previously, the first as long ago as 1992 by the editor of Paris Vogue – on whether his successor could be a female, and his position on immigrants.

The Dalai Lama stood by his previous responses and said his successor could well be a woman, that she ought to be “attractive”, and that immigrants should themselves think about returning to their homelands.

After the interview, Vaidyanathan took to Twitter and social media to post these “controversial” video excerpts that naturally travelled far and wide. The bait was taken and within hours, a towering global figure and role model, rare in today’s jaded times for his authenticity, was taken to task across the internet, for his supposed sexism and nationalism.

What no one sought to present was the context of the Dalai Lama’s comments. In the Buddhist philosophical system, especially the Nalanda School from which Tibetan Buddhism originates, there are meticulously defined results of purified actions of mind, speech and body (or more simply put, karma, the understanding of which is taken to the pinnacle of sophistication in this system), including what might be considered an “attractive” form in the mundane sense. The foremost Nalanda scholar, Nagarjuna, delineates these in Precious Garland (Chapter 2), as does Chandrakirti in Entering the Middle Way (Chapter 6, Verse 6).

The present Dalai Lama became a monk at the age of two ­– and eight decades later, is the embodiment of the best of the Nalanda philosophical tradition. One may choose to interpret his first remark as deriving from this complex understanding, of course, but only if the interviewer decides to see where the interviewee is coming from and not seek confirmation of an a priori bias.

Let’s next recount the Dalai Lama’s impeccable record on supporting women, in three contexts: the Tibetan Buddhist monastic tradition; Tibetan society; and more generally. In a monumental breakaway from the past, all due to his vision and determination to see this change through in his lifetime, in December 2016, the Dalai Lama conferred Geshema degrees – the highest academic accolades in the Tibetan Buddhist tradition, the equivalent of a doctoral degree – on 20 nuns in a historic ceremony in south India. What was previously the preserve of male monastics alone has now become an avenue for female nuns as well.

It is in this light that his comment that the next Dalai Lama could be female signalled that the highest bastions of religious leadership in his tradition were now equal opportunity in gender terms. As an aside, in the Vajrayana vehicle, to disrespect a woman is considered a serious infraction, and there is little chance that a monk who has assiduously kept his vows all his life as he has, will transgress that injunction by making some off the cuff comment, as was wilfully misconstrued in this instance.

Tibetan society is more gender equal than many societies. To hear firsthand accounts from Tibetan women themselves on how the Dalai Lama has been the pivot in ensuring that the community in exile sees a significant number of women in leadership positions, as well as in the Tibetan freedom struggle and across all spheres, it is worth reading Madhu Rajput’s forthcoming book, Occupational Mobility in an Exiled Community: A Socio-economic Study of Tibetan Women in Dharamshala and Dehradun. Apart from contributions of many informants from diverse backgrounds, extensive interviews with Rinchen Khandro, former director, Tibetan Nun’s Project; Dolma Yangchen, president, Tibetan Women’s Association; Namgyal Lhamo Taklha, an acclaimed Tibetan author and founder director of Songsten Library, Dehradun; Dolma Tshering, member of parliament, Central Tibetan Administration; and Namgyal Dolkar Lhagyari, the first female president of Gu Chu Sum, are especially telling in this regard.

As for women in general, the Dalai Lama has publicly said on more than one occasion that for a peaceful world, it is necessary to see more women in power across the globe, and that since physical strength is no longer the metric of value it once was in our evolutionary history, there’s no reason for women to assume a secondary position in any field.

Turning last to the Dalai Lama’s comment on immigrants and refugees choosing to return to their countries of origin, in order to contribute by transferring much needed skills and knowledge, the comment has to be understood in the context of his and most Tibetans-in-exile’s desire to return to Tibet in their lifetimes.

The Dalai Lama is coming from a position of 60 years of upholding with great honour the Middle Way Approach in the struggle to get China to grant Tibet autonomy and allow its peoples cultural, linguistic and religious freedom. Nowhere is his heartfelt personal suggestion proscribing settling in foreign shores and a call for a forcible return for economic or other immigrants across the globe, such as the BBC journalist’s own parents, who chose to make Britain their home, just as she as a second-generation immigrant is choosing to make their country of origin hers. It is truly ironic how many Tibetans born in India post-1959 might make the exact same decision Vaidyanathan has, were they given a real choice by China!

The interview’s fallout on the fickle internet is not really going to dent the image of a globally beloved icon who wears the same pair of spectacle frames for decades on end; carries tsampa (barley porridge) in his monk’s bag in case of delays in his travel schedule; and has tirelessly, yet skilfully and with great humour, carried the heavy burden of a people, a religion and a language’s fate, almost single handedly resurrecting every single Tibetan institution in exile that was destroyed in 1959.

It is a life he has recently described as being a difficult one. And it is for a reason that he is the only Dalai Lama in the lineage for whom great masters of each of the four traditions of Tibetan Buddhism composed prayers of auspiciousness and long life, because they knew, as discerning others do, what disproportionate responsibility has been his since childhood.

The Fourteenth Dalai Lama, inside and out, is a crystal clear reflection of each sentient being’s finest possibility. It’s plain to see in his lustrous, glowing, ever smiling, and dare I say it, extraordinarily attractive visage!

Kaveri Gill teaches at Shiv Nadar University, as well as pursuing the Nalanda Masters Course at Tibet House, New Delhi. The views expressed in the piece are personal. The author maybe contacted on gill.kaveri@gmail.com