The Current Situation in India Terrifies Me

The Raza Academy has no business issuing a fatwa against Rahman. They issue a statement and it gets called a fatwa 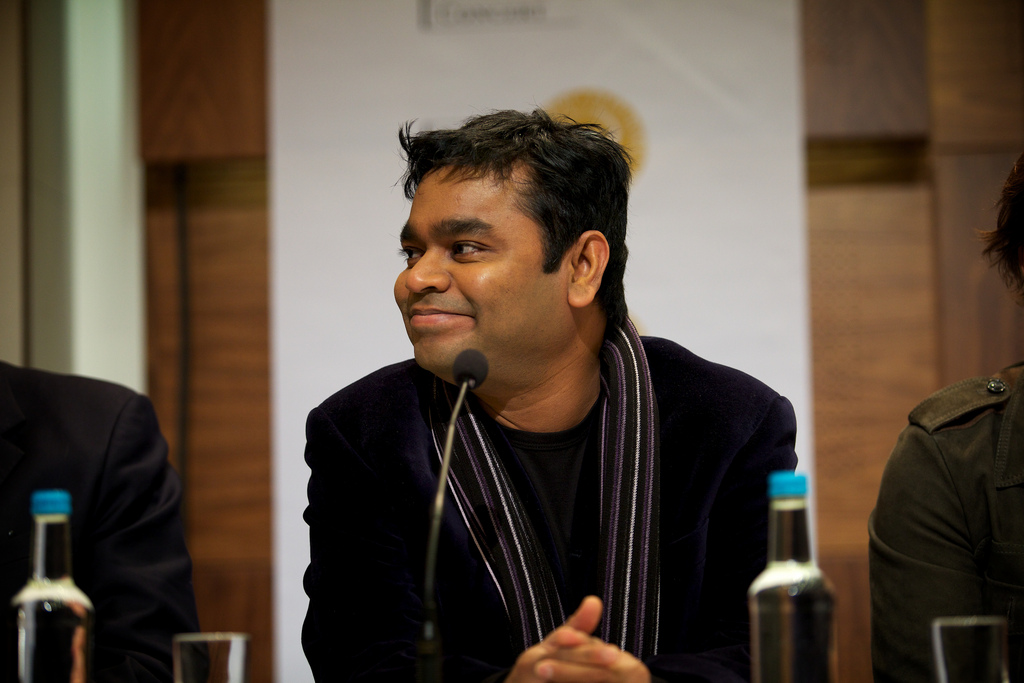 A R Rahman (Photo: acktiv i oslo on Flickr)

I must say at the outset that most people, particularly the media, give way too much importance to a fatwa. First of all, they insist upon calling any statement a fatwa. I have no hope that the media will change anytime soon because fatwa, for them, is a sexy term. It’s juicy and interesting and it creates a counterpoint of Muslim communalism. If the Hindus have Bajrang Dal and VHP you also need some hate-mongering Muslim institutions to create a fine balance.

But few people know what fatwa actually means. It’s a tradition where you go to a qazi (judge), and a qualified one at that, with a matter. You have to ask him in writing, ‘Sir, what is your opinion of this particular issue and according to Islam, what is the right thing to do.’ He will give you an answer and in the end, he will write, ‘This is what I think. But God knows better.’ You can then go to another qazi with the same issue and he may offer an entirely different opinion. Why is it that a fatwa nowadays sounds like some kind of an ordinance, a murder or an assassination? So, let us not get so alarmed by fatwas.

The very fact of Raza Academy issuing a fatwa against A R Rahman (for giving music to Majid Majidi’s film Muhammad) is absurd. They are not qualified to give a fatwa. They can only give out a statement as an organisation. Even if somebody does issue a fatwa against Rahman then perhaps some other qazi will say something else. How do we take them seriously? Some years ago, a channel conducted a sting operation to expose the so-called fatwas. They shot some qazis who agreed to issue a fatwa for as less as Rs 10,000. Can you imagine anything that can influence the opinion of 18 crore people being sold for Rs 10,000 in the market! It’s a steal, I must say. Jokes apart, let’s not create an aura around fatwa.

Who is Raza Academy?

As far as the Raza Academy is concerned, I have no idea who are the people who run it, where is their office and how many people are its members. I only hear their name whenever some outrageous and controversial statement is released by them and is subsequently lapped up by the media and then called a fatwa. I didn’t bother about Raza Academy’s reaction. It was expected.

The other day, I found myself reading A R Rahman’s response on Facebook. It’s a marvellous piece of literature. I know Rahman personally and he’s a wonderful person. I’m a rationalist and an atheist. But if people are religious in the way Rahman is, I wouldn’t have any problems with religion. For him, faith and religion is a very, very private affair. He prays and goes on pilgrimages. But as a man, music director and artist, he’s secular. Now, why should I bother how he prays and how many times he prays? As long as people keep their religion to themselves and don’t impose on others or create upheaval in society, why should we bother? After all, religion is a personal choice.

Abuses from everywhere
I must be one of those rare and fortunate people who get abuses from both sides on Twitter. Hindu fundamentalists tell me, ‘You are a jihadi. Go away to Pakistan.’ Some call me a pseudo-secularist. On the other side, Muslim fundamentalists call me a kafir and condemn me, saying I’ll burn in hell. They suggest I change my name to a Hindu one. I believe that as long as both of them are abusing me I must be doing something right.’

The current situation in India terrifies me. Fundamentalists and reactionaries are getting bolder by the day. Look at what’s happening to the rationalists. Three are dead and another is getting death threats. Worse, their deaths and assassinations are celebrated. What kind of a mindset does the Bajrang Dal have that one of their members burns a man and his two small children alive and is honoured by them for doing so? And then, Graham Staines’ widow comes to India and says, ‘I forgive the killer of my husband and children.’ Now, those who are very proud of their culture and heritage should look into their conscience and think for a while about the difference between these people who killed Staines and honoured his killers and the woman who suffered and yet, forgave them.

People always say ancient India was a peaceful society. That’s a myth and a lie. It’s just as much of a lie as when Muslims say Islam has always been a peaceful religion. In known history, only two indigenous religions which came to India, Buddhism and Jainism, preached Ahimsa (non-violence). Just answer a simple question. Where do you sell an umbrella? Where there is rain. Why would two religions come and emphasise on non-violence in an already non-violent society? It doesn’t make sense. India was always a violent society. If you want to maintain the caste system, even today, you have to use violence. If you want to make a huge segment of society untouchable and subhuman, somewhere between human beings and animals, you cannot maintain this system without violence.
Nowadays, the Hindu fundamentalists proudly appropriate Raja Ram Mohan Roy. Ironically, the same Raja Ram Mohan Roy was opposed tooth and nail by the Hindu hardliners in his time. There was tremendous opposition to Mohan Roy and also to Syed Ahmed Khan. At every juncture in history fundamentalists of all communities, without exception, have proved to be anti-progress, anti-reform, anti-liberal thought and anti-enquiry. But the good thing is: in the end, the bigots never win.

(Javed Akhtar is a poet, lyricist and screenwriter. He spoke to Shaikh Ayaz)