The subcontinent can never be conceived as a homogenous monolith and identity politics is thus, perhaps the most logical progression of social organisation. 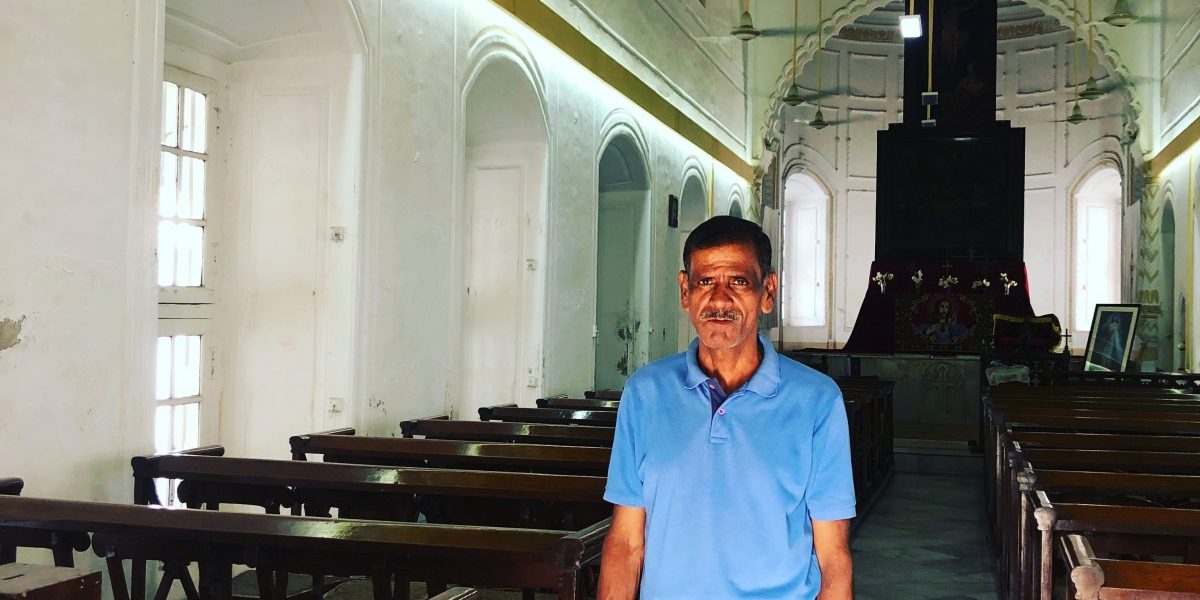 Shankar Yadav, the caretaker of the Armenian church in Dhaka. Credit: Neha Simlai

Dhaka: The subcontinent is a funny place when it comes to identity politics. What keeps us perennially connected, especially across the lines that got demarcated over the last century is our inherent differences and how they have coexisted long before us and will continue long after we are gone.

It is perhaps these well recognised differences that are so deeply ingrained in our value systems, that for most of us from here, there is nothing amiss with stereotypes in everything from forwarded WhatsApp jokes to sexism at the workplace.

Over the years, I have also come to understand that identity politics is the basis for most political stances. People’s politics across the subcontinent have been shaped, by and large, by aspects of their personal identities through loosely correlated social organisation. This could be gender, name, age, religion, social class or caste, culture, dialect, disability, education, ethnicity, language, nationality, sex, gender identity, profession, race, political party affiliation, sexual orientation, urban and rural habitation and perhaps a million other things. At no point in time can the subcontinent be conceived as a homogenous monolith and identity politics is thus, perhaps the most logical progression of social organisation.

Armani Tola in Dhaka’s old city takes its names from the Armenian settlers who once lived there. No one knows when the Armenians left this home to return to another, or if they found one again, ever. 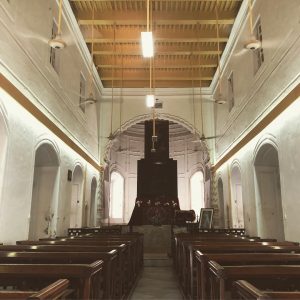 The interior of the church. Credit: Neha Simlai

Armenia lies in the highlands surrounding the Biblical mountains of Ararat and has over the last four centuries, been under Persian, Ottoman and Russian rule for extended periods. Following the control of their homeland by Persian powers in the 16th and 17th century, the Armenians came to Dhaka as traders. At the time, Dhaka was a major hub on the tea, timber, jute and leather trade route. The Armenian merchants traded all over Eastern Europe and Asia. In fact there are Armenian influences, till date from Lviv in Ukraine to Kolkata in India and actual streets called “Armenian Street” in places like Singapore and Georgetown, Penang (Malaysia). Over the last century though, the Armenian presence in South Asia has disappeared considerably.

Their history is fascinating and I went to Armani Tola in old-town (Puran) Dhaka, hoping to find some pieces of it. Instead, I found Shankar Yadav. Or rather, he found me.

I was loitering around the Armenian Church premises taking in this haven of peace in the middle of Puran Dhaka. The church of the Armenian Apostolic Church denomination was constructed, as per records in 1781. It is not a very big church, nor is it the prettiest I have seen. But here, in the middle of Puran Dhaka, it feels like it is struggling for its identity, and just a wee little bit out of place. That I was probably in the most conservative part of a predominantly Islamic country, was not lost on me. The fact that I was in a perfectly preserved, clean tranquil church yard, with not another soul in sight was also perhaps playing into my “woman, in a foreign country” perception of discomfort/ fear.

I had read somewhere that in the fifty years following the church’s construction, a clock tower had been constructed. This gong of the clock was loud and could be heard up to four miles away, which was the extent of the old city at that time. People including the mosques of the area, would synchronise time with the sound of the tower’s bell, peacefully coexisting in the continuity. 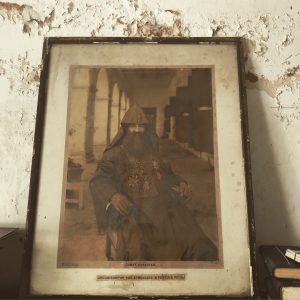 At some point while I was taking all this in, a caretaker appeared. My first instinct was to not actively engage with him. But he persisted, politely. First in Bengali, then in Hindi and then in English, Shankar Yadav went on to introduce himself. Shankar, also another name for the Hindu god, Shiva the destroyer, is a practicing Hindu, and prays five times a day (synced with the namaaz timings), to the god he is named after. He claimed that his family had moved to Dhaka from Gorakhpur, Uttar Pradesh in the 1930s with the British “sahibs” to look after this Church and that he was the third generation in his family to be looking after this church, that sadly nobody visits any more. I kept thinking that this story was being shared with me more in the hope of a generous tip than the veracity of the story itself – an assumption we make, all too easily in subcontinental contexts.

And then I looked around, the churchyard was spotlessly clean and a stark contrast to the din of the densely populated old city that lies just beyond its four walls. As I walked around, Shankar and I struck up a conversation.

I also felt obligated to respond with a bit of information about myself. So I told him I had grown up in UP. Shankar looked sharply at me and said, “Aapke toh mukhyamantri, humari taraf ke hain.” Your chief minister is from my  side of the world. Adityanath, the current chief minister of UP, is also from Gorakhpur. The interest in UP politics notwithstanding, this struck me. Shankar was talking about my home state in India with the same sense of ownership as I had. How could Shankar who has never stepped foot outside Dhaka city think of Uttar Pradesh as “humari taraf”?

Bemused, we continued walking through the churchyard. Over the next hour or so I came to realise that Shankar reads, writes and speaks Bengali, Hindi, English, Farsi and French. More languages than most people I know. He has never been to school or India or the UK or France. Bangladesh is home to him, and always will be.

But Shankar is also worried about the church yard. He knows the churchyard will be encroached upon if there is no one to look after it.

As I was leaving, Shankar said what will perhaps always stay with me. “Once my children go to create their homes, I want to go back to mine.”

I wonder how Shankar interacts with identity on a regular basis. I wonder if he would ever be able to slip right back into Gorakhpur life, if he was to ever go to a land he thinks of as home, but has never set foot in. Most importantly I wonder what is home for him and how he has come to know it.

Neha Simlai is an international consultant on environmental sustainability and conservation management. A graduate of the Lee Kuan Yew School of Public Policy (Singapore), she has worked across South and South East Asia and writes about development sector opportunities and changes. Views are personal.