Tarakeshwar's Shiva: How Hindu Politics Has Still a Lot of Room to Negotiate 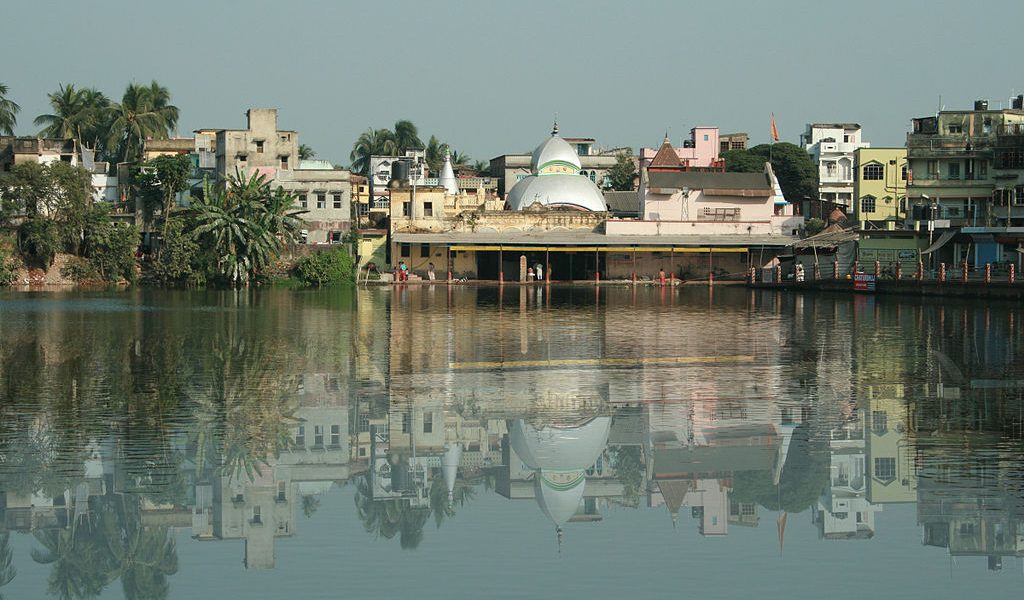 Since the Bharatiya Janata Party came to power on the basis of religious beliefs, there has been no point in the claim that a secular nation must avoid any undue emphasis on religion or, more specifically, on any single religion.

The party’s view of Hinduism is, however, almost completely dominated by that of the Ganga valley and its hinterland, which actually hinders it more than it helps. An example of how it had to retreat from imposing its myopic standardised version and extend its imagined homogeneity may be seen from Kerala’s Onam. It had failed to understand that the Vishnu-defeated Mahabali continues to be lodged quite permanently and with overwhelming affection in the hearts of the Malayali people and it was, therefore, quite asinine to try to call Onam as Vishnu Jayanti.

Similarly, among the major reasons why some 56% of the voters in Bengal overcame their genetic propensity to argue among themselves and united, rather surprisingly, to thrash the BJP in the recent polls was because the BJP was thrusting Ram and Hanuman over their ‘own,’ Durga.

The BJP just does not appreciate that in different corners of the country, every shade of Hinduism and every cult represents something historic to its supporters. The party consists largely of unthinking fatuous minds that obviously blunder when they miss the subtleties, oversimplify, or view the world from their narrow prisms.

The unabashed bullying and aggression that the BJP resorted to in Bengal over the last few years in the name of its unassailable Hindutva was rejected vigorously at the polls. The state had no place for such marauding hordes on roaring motorbikes, flashing deadly open swords, amidst an ocean of saffron and deafening cries of ‘Jai Shri Ram‘. 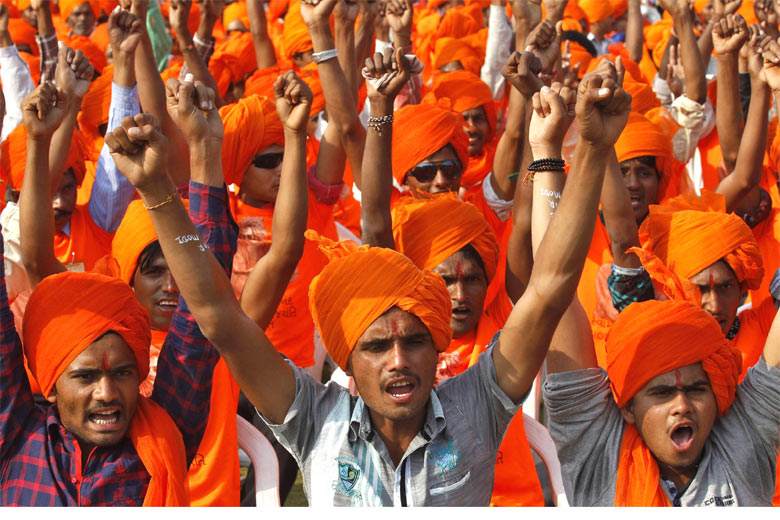 Instead of appreciating pastel shades even within the Hindu universe, the invincible duo from Gujarat sold its narrative to that large section of the national media that was in its thrall — hurling invectives and accusing Mamata Banerjee of pandering to ‘Bengali sub-nationalism’.

Before the entire people of the state are accused again of parochialism by bad losers and before an user-friendly chairman of the once-glorious National Human Rights Commission sends another team to ruffle feathers in Bengal with yet another fault-finding mission, let us take a quick look at how a Shiva from ‘Ganga valley’ was installed just three centuries ago at Tarakeshwar and literally dominates this part of the religious landscape.

Today, the 16th of August, is the second-most important day for Shiva-worshippers here, for it marks the holy last Monday of the month of Shravan.

In other years, however, lakhs of Shiva Bhakts in Bengal, who are far better disciplined than their belligerent Kanwariya counterparts of northern India, normally congregate in Tarakeshwar on this day, after trekking for several miles, ringing billion of bells, to pour holy water on Shiva’s lingam there.

The tale of how the Shiva of Ayodhya settled as the Taraknath of Tarakeshwar and is firmly integrated with the religious tradition of  Bengal is a story that the BJP needs to understand – that all gods are not instantly replicable ‘vote catchers’ and that the slow, patient Hindu process permits them ample time to acclimatise and absorb local characteristics.

Let’s take a look at the journey and we must start with how the a large section of the Bengali folk had actually rejected Puranic deities in 15th, 16th and early 17th centuries. This is because they were associated with an orthodox Brahmanic-Sanskritic culture that came in with a class imported from other parts of India. These castes or classes had been settled with land grants inscribed on heavy copper-plates — something like en-cashable bank drafts-cum-proclamations of local ‘sovereignty’ — to ‘Hinduise’ local people even more.

Despite a millennium of such importation, mass-level Bengali society remained imperfectly Hinduised and the folk, that believed in a more communitarian egalitarian way of life, was quite unimpressed with Brahmanic stratification. This may explain why the ancestors of nearly 65% of the 27 crore Bengali speaking people (of today; in India and Bangladesh) opted for Islam and there is no firm evidence of enforced conversion. 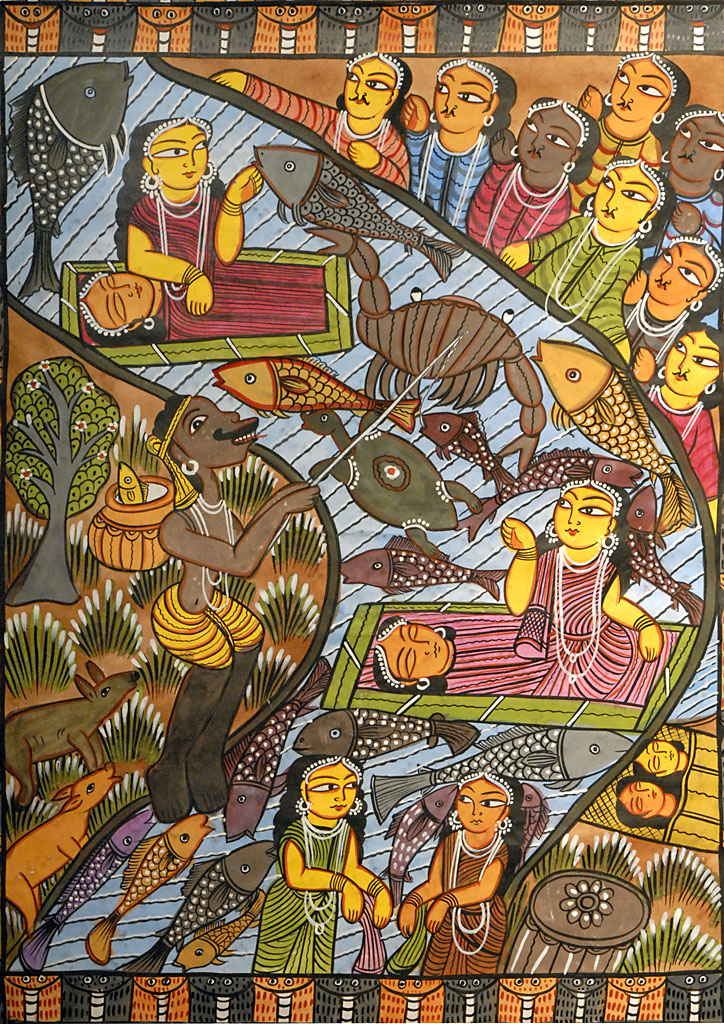 A depiction of the ‘Manasa Mangal’. Photo: Wikipedia/CC BY 2.0

Even among the Hindu-leaning subaltern sections of Bengal (more pronounced in the west), a genre of popular poems called the Mangal Kavyas became immensely popular in the 15th to 17th centuries period.

In one of the most famous of these ballads, for instance, we see how a proud and fabulously rich devotee of Shiva, named Chand Saudagar, was periodically devastated by curse and wiles of the one-eyed snake goddess of the indigenous people of Bengal, called Manasa.

It was only when Chand finally prayed to the local non-Aryan deity and played down his earlier faith in Shiva did he get back everything he had lost, including his dead children and destroyed fortune.

It is clear that during this period, the worship of Puranic gods had actually to make way for the folk deities of the original people of Bengal. Only Krishna was spared — but this was because he was not stamped with upper caste Brahmans and rulers, but was upheld by the subaltern Chandi Das and then by Chaitanya’s egalitarian Bhakti cult and the Gaudiya Vaishnava movement.

Shiva and the Durga, however, staged a comeback in Bengal in subsequent centuries and Durga became the mascot of the Hindu Zamindar class that flourished in the 17th century under Jahangir and Shahjahan. After Aurangzeb’s death in 1707, Murshid Quli Khan set up the Nawabi of Bengal and appointed more Hindus as Zamindars.

He encouraged traders and many north Indian business families migrated to Bengal – such as the Jains of Azimgang-Jiaganj and the Jagat-Seths and Ominchands of Murshidabad. This is when north Indian soldiers of fortune like Vishnudas and his brother, Bharamalla of Ayodhya and the Punjabi Khatris like the Barddhaman rajas could also settle in rather well and both families re-established Shiva worship on a grand scale in Bengal.

The two brothers from Ayodhya brought the martial north Indian Dashnsmi sadhus to set up Taraknath’s temple in 1729. And some years later, the Barddhaman rajas installed 108 Shiva-lingasin their famous temples at Nabab-hat. There are more such examples. As for the Devi, her worship was carried forward more after the Battle of Plassey that favoured Hindu interlocutors like Raja Nabakrishna Deb and Raja Krishna Chandra of Krishna-Nagar.

The Dashnami sect that came in was entrusted not only Tarakeshwar, but a full network of other Shiva temples in the region. This explains why Tarakeshwar’s Bhole Baba “paar karega” is in Hindi. 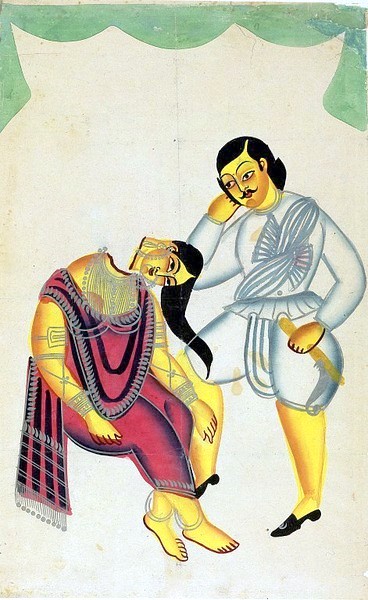 During the 1870s, Tarakeshwar was in the news after a criminal case came up against an outraged husband, Nobin Chandra, who murdered his young wife, Elokeshi, in broad daylight for having a torrid affair with the Mahanta of Tarakeshwar.

The scandal was so overpowering that huge crowds starting thronging the court room and the popular art of Kalighat pats received an unexpected boost during this period. Nobin was released soon due to the public outcry but the wicked Mahanta was sent to jail.

Incidentally, the  Dashnamis played a rather controversial role in Bengal in the later decades of the 18th century and led the dreaded Fakir-Sannyasi raids that caused quite an uproar, just when the British were legitimising their control over the province.

These Sadhus were Bankim Chandra Chattopadhyay’s inspiration for his novel, ‘Anandamath’ (1882), where armed Hindu monks sang their Vande Mataram song: “glory to the Mother”.

This was not all. In 1924, another Mahanta also became so infamous because of his voluptuousness and his open extortions that the people of Tarakeshwar and pilgrims rose in revolt. Two Akali Swamijis from Punjab started a long protest at the temple.

On April 8, the Bengal Pradesh Congress Committee deputed C.R. Das, its president and Subhas Chandra Bose, its secretary, to Tarakeshwar to enquire and assuage local feelings. This did not succeed and in May, the Mahanta’s Gurkha guards suddenly attacked many satyagrahis and slashed them with their khukris.

The matter became quite serious and even Mahatma Gandhi expressed his concern. But peace was not in sight, and on August, 22 police opened fire, injuring several satyagrahis. The movement finally ended when the Mahanta, Satish Chandra Giri, was removed and a Receiver stepped in. But the Brahman Sabha still went on attacking poor CR Das.

Till the 1950s, however, Benoy Ghose’s travelogues insisted that Tarakeshwar’s Shiva-Puja was distinctly north-Indian and meant for up-country folk.

Ashok Mitra’s comprehensive volumes on Bengal’s festivals published a decade later mention that the Shravan trek to Tarakeshwar was originally a test of stamina for all devotees (not necessarily Bengali or Hindi-speaking) but even then, most of those who went to Taraknath were Marwaris or other ‘up-country’ folk. This dual character of Tarakeshwar was decided quite decisively in favour of the local identity after a Bengali hit movie, Jai Baba Taraknath, swept the box offices in 1977. It played a big role in popularising the Shravan pilgrimage to this temple among the locals and the new restless class finally found ‘salvation’ in both the fun element and in social brownie points.

What we learn from Tarakeshwar’s journey is that Hinduism means different things to different people at different times. Even gods need time to settle in and acclimatise and they cannot really be thrust on people, just before votes.

Thus, even if religion is brought into play in a secular polity — which is certainly not desirable — there are nuances that ham-handed dolts can hardly appreciate. There is space for a lot of negotiability still available to those who understand religion and history, and also believe in plurality and rationality.

Jawhar Sircar, a former IAS officer, is a member of the Rajya Sabha for the Trinamool Congress.