According to the Bebaak Collective, the All India Muslim Personal Law Board's arguments to the Supreme Court are not only conservative, but discriminatory. 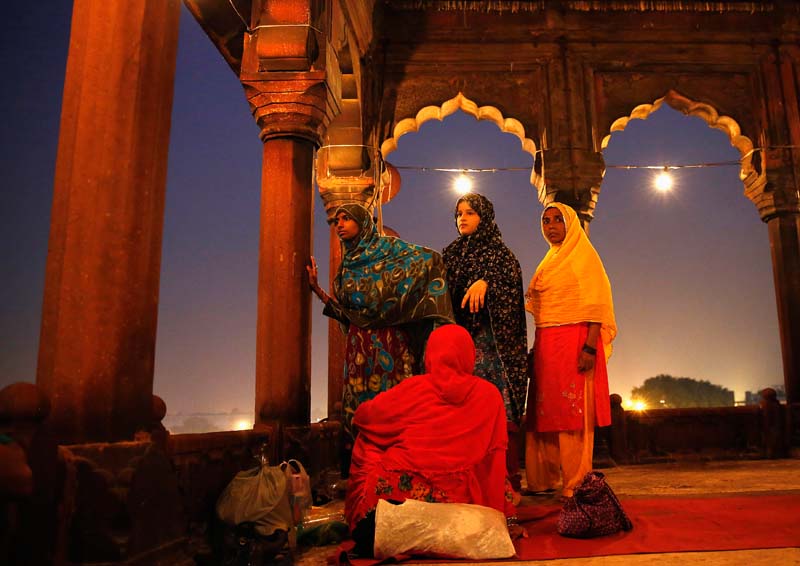 According to the Bebaak Collective, the All India Muslim Personal Law Board’s arguments to the Supreme Court are not only conservative, but discriminatory. New Delhi: One of the petitioners in the Shayara Bano case, the Bebaak Collective, has released a statement in response to the arguments made by the All India Muslim Personal Law Board before the Supreme Court as part of the case.

The statement, endorsed by several women’s rights organisations as well as individuals such as Zoya Hasan, Uma Chakravarti, Ayesha Kidwai, Ritu Menon and Teesta Setalvad, condemns several assertions made by the board.

The statement specifically names four such assertions – first, that the abolition of triple talaq would be contrary to the teachings of the Quran; second, that men are more capable of making decisions; third, that polygamy, although not desirable, is Islamic and that it actually helps rather than hurts women; and fourth, that the Supreme Court does not have the right to intervene in religious law.

In response, the statement reads:

“We strongly condemn this statement based on all the four premises issued by the organization. First, whether the practice of unilateral triple talaq is validated by religion or not is not our contention, rather it is gender discriminatory and epitomises patriarchal values and therefore must be abolished should be emphasized. Second, the belief that women lack decision making qualities dilutes the citizenship rights of Muslim women in India who have been exercising their electoral rights for more than sixty years now. Third, polygamy ensures marital rights for Muslim women and prevents death threats; and its erasure will increase promiscuous sexuality is not only conservative but also challenges the principle of ‘equality’ enshrined by our Indian Constitution for women who are being treated as second class citizens as compared to their male counterparts of the community. Fourth, that Supreme Court cannot intervene in the personal law eliminates the possibility of Article 14 which promises equal rights to the citizens within Indian territory across religion, race, caste, sex, or place of birth.”

Women members of the board have previously claimed that critics of triple talaq, nikah halala and polygamy, all three of which Shayara Bano is challenging in the Supreme Court, are “being used as tools by anti-Muslim forces” who wish to impose a uniform civil code in India.

The Bebaak Collective’s statement unequivocally states its opposition to any such codification, arguing in favour of a gender-just law that will enforce the rights guaranteed to Muslim women under the Indian constitution:

“We do not believe in progressive or regressive interpretation of religion or codification of Muslim Personal Law for we believe that in every community there are multiple realities of an identity, multiple practices of beliefs and pluralist envisions of family structure. We therefore, emphasize on acknowledgement of women’s rights which are otherwise controlled in the name of religion, purity or chastity or even in the garb of ‘protecting’ women. This statement is not only an emphatic resistance to the religious organizations like All India Muslim Personal Law Board but also a call to reiterate feminist vision of gender just laws for Muslim women who are also rightfully Indian citizens.”

The statement has been drafted by Hasina Khan, Roshni Rina, Geeta Thatra and Shirin Dalvi on behalf of the Bebaak Collective.

Speaking to The Wire about the statement, Khan said, “Our approach to the issue is rights based and we want to emphasise the fact that Muslim women have their own political thought and political consciousness.”

Reiterating the importance of a rights-based, gender-just perspective, Khan added, “There is a public perception that Muslim women are only speaking about the personal law. We are not denying the importance of this issue, but even if laws change, it is not that Muslim women’s lives will improve dramatically overnight. This is because we lack a support structure from the state. That’s why we are addressing the issue from the lens of equal citizenship, which is guaranteed to us by the Indian constitution.”

“We are focused on larger issues of communal violence, equal opportunities in education, livelihood, housing rights, employment, which we are not getting. We don’t see equal rights on the ground, in practice,” she added.