The resolution read that the religious freedom of non-Hindus has been suppressed in the wake of the Sangh's move to make the country a 'Hindu rashtra'. 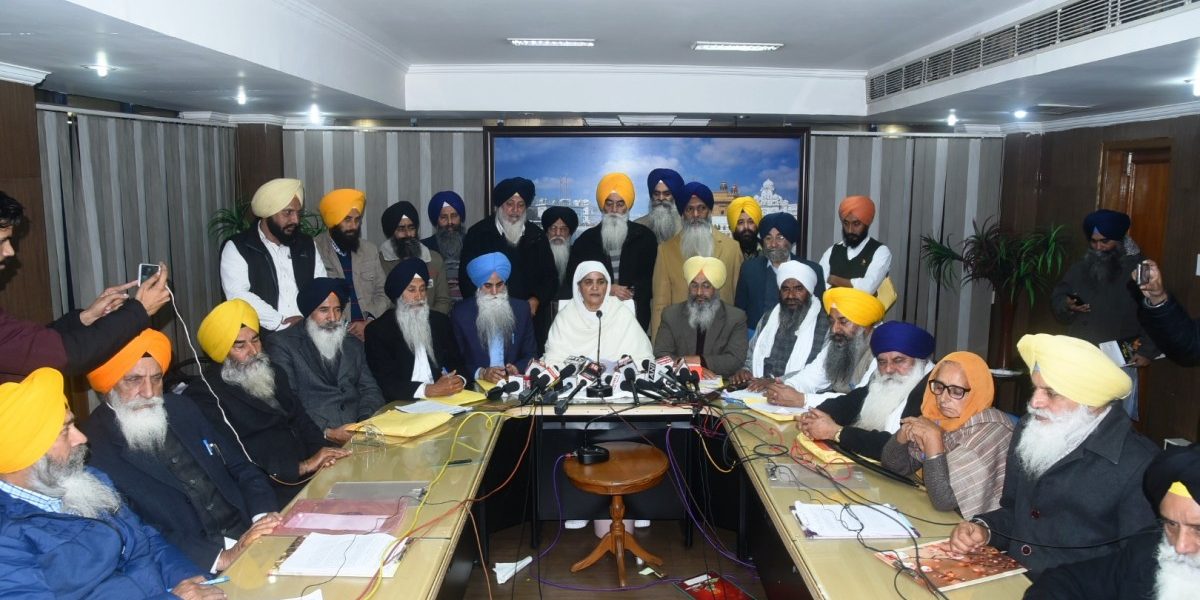 Amritsar: Strongly opposing the move to suppress minorities in India, including the Sikhs, the Shiromani Gurdwara Parbandhak Committee (SGPC), the apex body controlling gurdwaras, passed a resolution condemning the alleged moves made by the Rashtriya Swayamsewak Sangh (RSS) to make the country a “Hindu rashtra”.

It also called on the Central government to work for the protection of the rights and freedom of religion of all religions instead of being “ready to implement the efforts initiated by the RSS”. All those elements which try to suppress the minorities should be punished, the resolution sought.

The resolution on RSS read, “India is a multi-religious, multilingual and multi-ethnic country. Every religion has made a great contribution to its freedom, especially the Sikh community, which has made more than 80%sacrifices. But sadly, for a long time now, the religious freedom of other religions has been suppressed in the wake of the RSS’s move to make the country a Hindu Rashtra. Minorities are being targeted through direct and indirect intervention.”

Amidst Sikh religious slogans ‘Jo Bole So Nihal, Sat Sri Akal’, the resolution was moved by SGPC president Bibi Jagir Kaur and approved by the members during the annual budget session on March 30. Some other important resolutions were also passed on this occasion.

Notably, the resolution has come at a time when many farmers – including Sikhs – were sitting in protest against the three farm laws for more than four months in Delhi and a Sikh religious group was prevented from visiting Pakistan for the centenary anniversary of ‘Saka Nankana Sahib’ by the Centre in February.

On the issue of the Sikh jatha not being given permission to visit a gurudwara in Pakistan, a resolution was passed, which coloured the action of the Indian government similar to those taken by the British and the Mughals and asked the Union government to apologise to the Sikh community.

A resolution condemning the “anti-farmer, black laws” framed by the Centre was also passed, demanding its repeal. It read, “Agriculture cannot be ignored in the country, as the farmer feeds the country and the world by producing food grains with great difficulty. The black laws passed by the Centre are going to ruin the farmers, so they should be withdrawn immediately.” The resolution also pledged to stand with all sections, including the farmers, who are struggling against the laws.

In another resolution, the SGPC strongly condemned the death of Navreet Singh, the grandson of Hardeep Singh Dibdiba, during the tractor march held by the farmers in Delhi on January 26, 2021 and the “torture and imprisonment” of hundreds of them.

The SGPC also demanded an impartial inquiry into the matter and sought the immediate release of farmers and youth lodged in jails. The cases filed against them should be withdrawn, it demanded. Earlier, the resolution also sought to provide adequate compensation to those who were injured during the tractor march and sought an inquiry into the alleged role of government agencies in the violence. 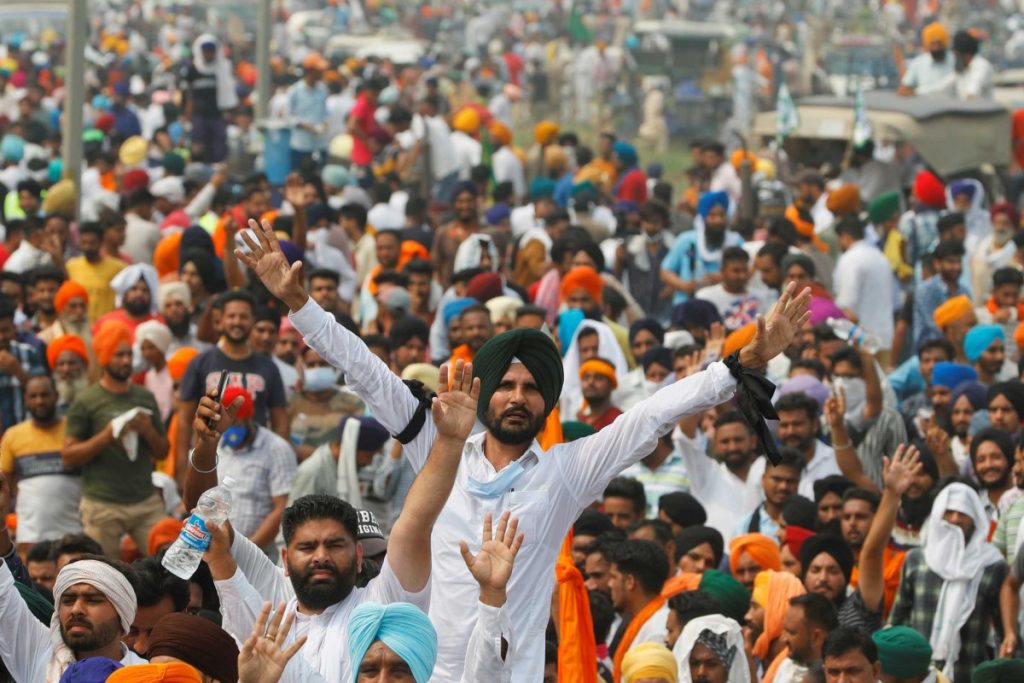 Farmers block a national highway during a protest against the farm laws in Shambhu, Punjab, September 25, 2020. Photo: Reuters/Adnan Abidi

A resolution was passed demanding that the United Nations declare 2021 as the “International Human Rights Year” with regards to the 400th birth anniversary of Guru Tegh Bahadur being celebrated on May 1, 2021.

The resolution stated, “The ninth Sikh Guru (Guru Tegh Bahadur), despite not agreeing with the traditions and principles of Hindu religion, opposed forcible conversion and was martyred. He is celebrated for being the chaadar (shroud) of Hind and following dharam (righteousness) around the world. Guru Sahib protected religious rights through his martyrdom. Therefore, in view of this contribution of Guru Sahib, on the occasion of his 400th birth anniversary, the year 2021 should be declared as the ‘International Human Rights Year.”

The SGPC also passed a resolution regarding the reopening of the Gurdwara Sri Kartarpur Sahib corridor. This passage to Pakistan leads to the holy shrine of Guru Nanak Dev.

It said that the temporary closure of the corridor due to COVID-19 is hurting the religious sentiments of the devotees. Now that various other religious places and institutions have been opened, the corridor of Sri Kartarpur Sahib should also be opened without any delay, it read.

It is pertinent to mention here that in October 2019, the Akal Takht jathedar (leader) Giani Harpreet Singh had called for a ban on the RSS and said that the Sangh’s aim of a Hindu rashtra was against the interest of the country, after RSS chief Mohan Bhagwat had called India a Hindu rashtra on the occasion of Vijayadashami.

At that time, Giani Harpreet had specially mentioned that there are Hindus, Christians, Buddhists, Sikhs, Jews, Parsis among others who live in India. People speak different languages in the country and it would be wrong to say that India will be made a Hindu rashtra, he said.