The head of the temple's managing committee said he was optimistic about holding the yatra this year as the apex court was not apprised that the festival can also be organised in the absence of devotees. 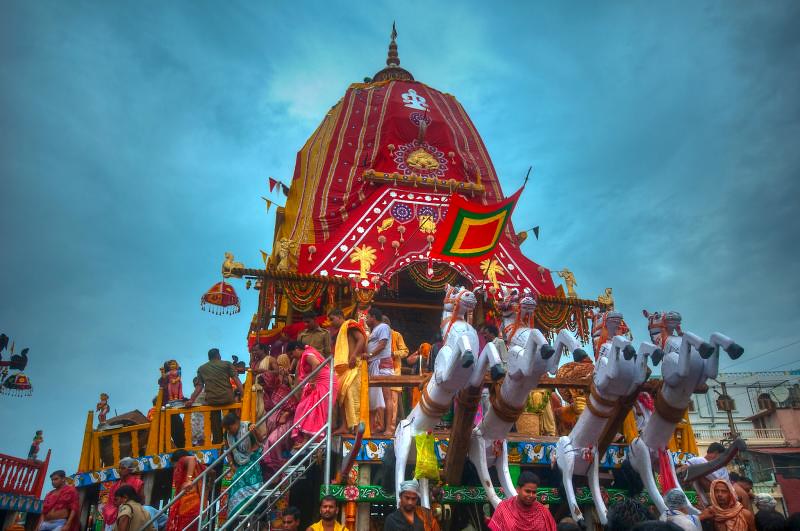 The Jagannath Rath Yatra in Puri has been stayed on order of the Supreme Court in order to prevent the spread of Covid. Photo: Flickr/Saurabh Chatterjee CC BY NC ND 2.0

Puri: The Shree Jagannath Temple Managing Committee and the servitors of the 12th-century shrine urged the Odisha government late on Friday night to file a fresh application in the Supreme Court seeking modification of its order staying the annual chariot festival in Puri in view of the COVID-19 pandemic.

Gajapati Maharaja of Puri Divyasingha Deb, who heads the managing committee, said he was optimistic about holding the Rath Yatra this year as the apex court was not apprised that the festival can also be organised in the absence of devotees.

Deb pointed out that the Supreme Court was told about a possible congregation of around 10 to 12 lakh people during the festival.

“The court should be apprised that earlier, Lord Jagannath’s Snan Purnima (bathing rituals) was also held smoothly without devotees on June 5. The court has not been appraised of this development,” he said.

“Earlier, the managing committee had recommended to the state government to organise the festival without devotees and by sealing Puri. People can watch the festival on TV,” he told reporters after a marathon meeting with the servitors.

Deb, however, pointed out that the state government, which was expected to ensure holding of the festival, did not mention about the managing committee’s proposal of making the Rath Yatra happen without devotees in the wake of the pandemic.

“Our plan and proposal of holding a festival without crowd were not properly presented before the apex court,” he said, adding that the June 18 Supreme Court order is an interim one.

“Hearing on the modification petition will take place on Monday and we have to wait till then,” he said, adding that the committee, as well as the servitors, are hopeful of partial modification in the Supreme Court order.

This apart, while the state government engaged the country’s prominent lawyer Harish Salve, the managing committee engaged a junior advocate, he said.

“We were expecting that the government would come to the rescue of the managing committee. However, the state government’s facts on the possible congregation changed the situation,” Deb said.

The Chhatisa Nijoga, the apex body of servitors, will hold discussions regarding alternative rituals of the Ratha Yatra inside the temple on Saturday and Sunday in case the order of the Supreme Court remains unchanged on Monday, he added.

The Supreme Court on Thursday stayed this year’s Rath Yatra, which is attended by lakhs of people from across the world due to the COVID-19 pandemic and said, “Lord Jagannath won’t forgive us if we allow” it.

A bench of Chief Justice S.A. Bobde and Justices Dinesh Maheshwari and A.S. Bopanna said that in the interest of public health and safety of citizens, this year’s Rath Yatra at Puri in Odisha can’t be allowed.

“Lord Jagannath won’t forgive us if we allow this year’s Rath Yatra to go on”, CJI Bobde said, adding that as such a huge gathering can’t take place during the pandemic.

The apex court’s order came on a PIL filed by an Odisha-based NGO seeking cancellation or postponement of this year’s Rath Yatra.