With Apologies, Promise of Restoration, Pak Govt 'Hands Over' 200-Year-Old Temple to Hindus

The Pakistan government had announced in April 2019 that it would reclaim all temples that had been illegally occupied since Partition, restore them and hand them over to Hindus. 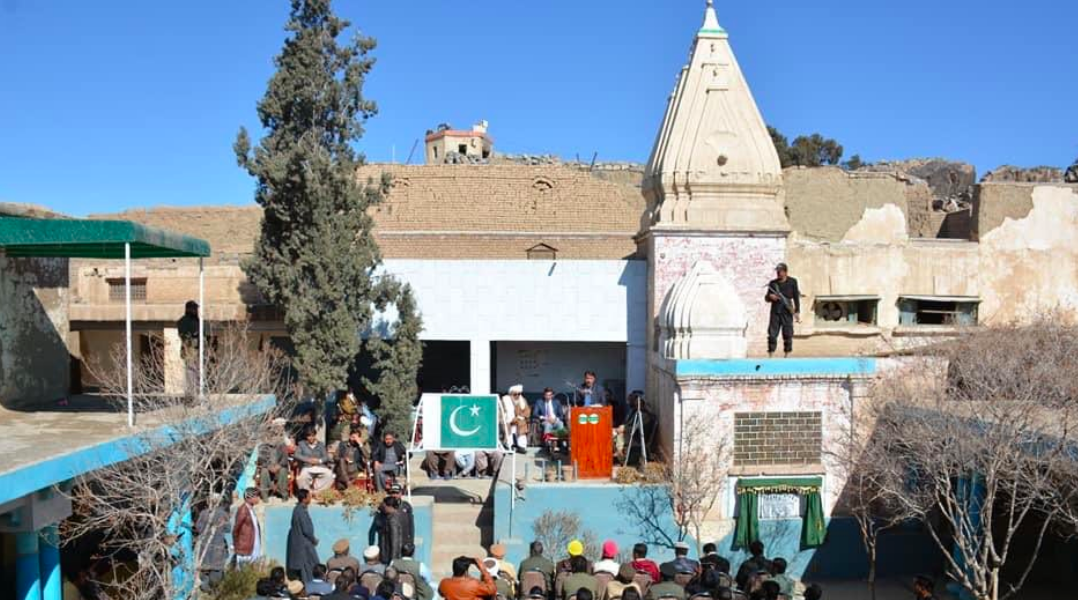 New Delhi: The Pakistan government on February 8 ‘handed over’ a 200-year-old temple in Balochistan to the local Hindu community and apologised to them for its illegal occupation since the 1947 Partition.

The move comes in a backdrop dominated by protests against the Citizenship Amendment Act which promises citizenship to (among other communities from other countries) Pakistan’s Hindus, citing ostensibly that the community suffers from religious persecution.

Following a survey by All Pakistan Hindu Rights Movement that highlighted that 408 of the 428 temples at the time of Partition “were turned into toy stores, restaurants, government offices and schools after 1990”, the Pakistan government had announced in April 2019 that in order to promote inter-faith harmony, it would reclaim these temples and restore them.

An India Today report had said then, “From now on, two to three such historic and heritage temple complexes will be restored by the government of Pakistan every year.”

As part of the initiative, the 1,000-year-old Shwala Teja Singh Temple in Sialkot, closed for 72 years, was re-opened in July, 2019. According to an ANI report then, “The Hindu (s) (had) stopped visiting the temple after a mob damaged it in 1992 while protesting against the demolition of the Babri Mosque in India”.

The government had said in last April that it would restore the Goraknath Temple at Peshawar. In 2011, just before Diwali, the 160-year-old temple was re-opened based on an order of the Peshawar High Court but it was reportedly vandalised in 2012.

The four-room temple, situated in Zhob district of the Balochistan province which was returned to the Hindu community on February 8 by the local deputy commissioner at a function, had been used as a government school for three decades, but was vacated last year because the school was relocated.

According to a report in The Dawn, “The keys to the doors of the four-room temple building were handed over to Hindu community leaders at a ceremony held outside the temple. The Khatib of the central mosque of Zhob and a leader of the Jamiat Ulema-i-Islam, Maulana Allah Dad Kakar, was the chief guest at the ceremony, which was attended by Deputy Commissioner Saleem Taha, elders of Hindu and other minority communities and leaders of different political parties.”

It said, “Maulana Kakar handed over the keys to the temple’s doors to Saleem Jan, chairman of the local Hindu Panchayat.”

The Quetta-dateline report said, “The deputy commissioner apologised for the 70-year delay in handing over the temple to the Hindu community and said that the temple building would be restored to its original condition.”

The deputy commissioner further said, “After restoration and renovation of the building, members of the Hindu community would be able to use it as a place of worship.” The DC also said that “the local Sikh community had also been deprived of their gurdwara for a long time and they had no place to perform their religious rituals.”

Pakistani daily The Nation, reporting the handing over of the temple to the Hindu community, stated, “The move – hailed by the Hindu community – comes on the heels of an Indian Supreme Court ruling last November handing over the site of the historic Babri Mosque to Hindus for the construction of a temple following a prolonged legal battle.”