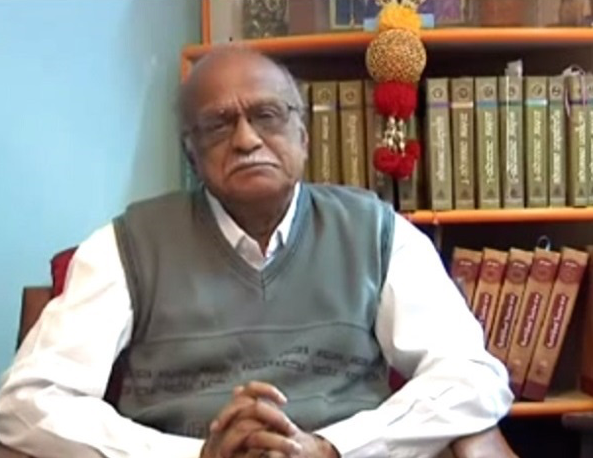 Dharwad: Former Vice-Chancellor of Hampi University M M Kalburgi, the well-known scholar and epigraphist who courted controversy for his forthright views on religious, social and other issues, was shot dead at his Kalyanagar residence here this morning by unidentified gunmen. He was 77 years old.

“Dr Kalburgi was shot dead at his Kalyangar residence in Dharwad around 8.40 AM,” Dharwad Police Commissioner Ravindra Prasad told PTI.

He is the third scholar-rationalist to be assassinated in India in as many years. Earlier, in 2015, Govind Pansare, a writer and communist in Maharashtra was shot dead by unknown assailants. In 2013, Narendra Dabholkar, the well-known rationalist was killed.

Kalburgi was shot in his head after he opened the door of his house in the morning, Prasad said.

Asked how many bullets he sustained and who was behind in the attack, Prasad said police are awaiting details.

Kalburgi was rushed to a hospital where he was declared dead, he said.

He was a scholar of Vachana literature and was a recipient of Central and state Sahitya Academy awards.

Last year, he became the target of a campaign by the Vishwa Hindu Parishad and other right-wing forces, which burnt his effigy and demanded his arrest for remarks he made against idol worship.

In a protest at Puttur in June 2014, VHP leader Arunkumar Puttila said those who get satisfaction out of insulting Hinduism and misleading society should be permanently lodged in jail.

The VHP and others were objecting to remarks Kalburgi made at the time while taking part in a debate over the Karnataka government’s anti-superstition bill. Kalburgi cited U.R. Ananthamurthy’s Bethale Puje Yake Kudadu, in which the Jnanpith award winner narrated his childhood experience of urinating on a stone idol as an experiment to see whether there would be divine retribution of some kind.

The Hindutva organisations accused both Ananthamurthy and Kalburgi of insulting the religious sentiments of the Hindus.