Kabir in His Time, And Ours

The notion that God is one entity with different names in India is Kabir's singular legacy – one the Hindutva camp is now trying to demolish. 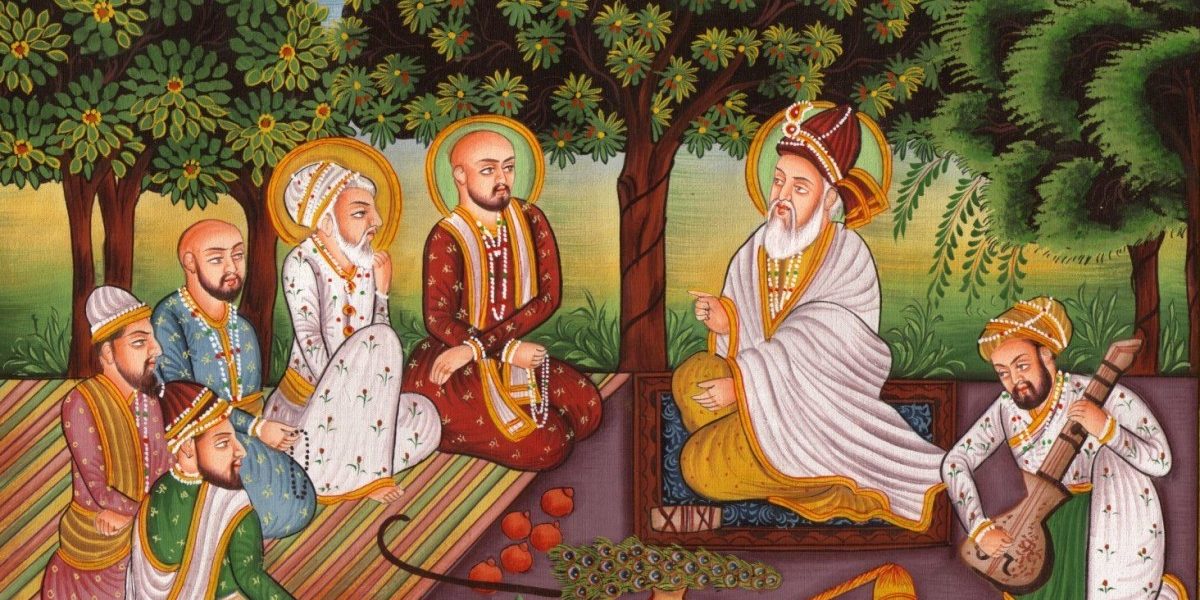 Long before Kabir’s time (c. 1440-c.1518), with Islam’s arrival in India, two religions with contrary concepts of God and forms of prayer stood face to face. If Islam stood for the singularity of God, tauhid, Hinduism was teeming with legends of 330 million gods and goddesses even as the population practicing it would probably be under a hundred million.

Hinduism, in fact, comprised several strands, including monotheism as well as a very strong strand of atheism, unthinkable in Christianity or Islam as doctrines. The forms of worship for Muslims was a single one; these abounded in Hinduism. Islam came in through various doors: through the battlefields, Sufi dargahs and at the hands of traders. If its arrival at the point of the sword clearly created divisive tensions at the social level, the Sufis tended to soften these tensions through an alternate version of their faith.

However, even as interactions and some give-and-take of ideas, especially between the Sufis and the Nathpanthis did occur, the two competing identities of God – Allah and Ishwar – remained intact with this rivalry percolating down to their followers. It was Kabir’s genius that sought a resolution of this conflict. If the problem was extremely complex, Kabir’s solution was marked by a matching simplicity. He gave tauhid a very simple Indian version.

Tauhid, the Arabic term for the singularity of God or monotheism, the basic premise of Islam, had led to extensive discussions within the Muslim community. No one questioned either the existence or the singularity of God, but discussion followed on whether human beings can be held answerable for their deeds if all they do is pre-ordained for them by God; or whether Time had been created by God or was eternal; even the legitimacy of prophethood was questioned.

Also read: Lessons for Our Turbulent Times from Kabir and Akbar

Al-Ghazzali, however, with enormous erudition at his command, closed all doors to dissent and firmly placed the faith beyond all manner of discussion. But then, some doors were opened again with Ibn al-Arabi proposing that while God’s singularity is given, He can be perceived and approached in multiple forms: wahdat al-wujud, the unity in multiplicity formula that we in India are so fond of repeating. In the 12th century a group in Morocco calling itself al-Muwahiddun (believers in tauhid) created a movement to purify Islam of its pre- and anti-Islamic elements and led to the establishment of a state which lasted over a century.

However, all these discussions, elaborations and movements were confined within the fold of Islam. Kabir broke out of this fold and took tauhid beyond the boundaries of denominational religions. But first, what are Kabir’s bona fides as an interpreter of tauhid?

Abu’l Fazl, medieval India’s tallest historian and intellectual mentions Kabir as a Muwahidd, says that he had unfolded life’s hidden “meaning” – a Sufi trope referring to life’s real spiritual meaning above the daily routine – and had given up the worldly rituals. Abu’l Fazl’s junior contemporary, Abdul Haqq Muhaddis, an orthodox scholar, tells a delightful story: his father asked his own father whether this renowned Kabir was a Hindu or a Muslim. His father said Kabir was neither a Hindu nor a Muslim but a Muwahidd. The son asked him what is a Muwahidd? The father replied “You are too young to understand; you will when you grow up”.

Noticeable is the fact that Kabir was recognised as a Muwahidd both in the liberal Muslim circles in medieval India, of which Abu’l Fazl is the most shining symbol as well as in orthodox circles and both emphasised that Kabir’s Muwahidd status went beyond the bounds of Islam and Hinduism. What did Kabir do to earn this distinction?

He questioned two prevailing orthodoxies: the concept of rival Gods and the need for religious rituals for worshipping Him. In place of Allah and Ishwar he conceptualised a single universal God; in place of denominational religions, he conceptualised a universal religiosity. “Bhai re do jagdis kahan se aaya; kahu kaune bauraya (Brother, where have two gods come from, who has misled you into believing it?),” he asserted. “Alla, Ram, Karima, Kesav Hari Hajrat naam dharaya (Allah, Ram, Karim, Kesav, Hari, Hajrat – they are all the same identity).” His entire collection of poetry is teeming with this single theme. He also ridiculed the rituals of going to temples or masjids to worship God, the rituals that Abu’l Fazl refers to and himself endorses giving these up.

Kabir was thus displacing the age-old dichotomy between denominational religions with a remarkably innovative concept, i.e. dichotomy between universal religiosity and denominational religions. One God for him no longer stood for one community, but for all of humanity. It eliminated rivalry between gods and included them all in a single fold. This was a specifically Indian solution to religious disputes. I believe one consequence of this displacement was that even as medieval Europe was engulfed in intra-religious bloodshed on a massive scale, social peace in medieval India remained intact, though there was widespread inter- and intra-religious violence on the battlefields.

Isn’t it significant that over the nearly 550 years of the “Muslim” rule in India (James Mill’s term), in the midst of a lot of political violence, communities lived in peace, for the first occurrence of real communal violence is recorded in 1714 in Modi ji’s Ahmedabad seven years after Aurangzeb’s death. There is no record of any other instance of this nature prior to that. During the 18th-century five such incidents are recorded. Compare this with almost five hundred incidents every year under the aegis the secular Indian state!

The influence and durability of Kabir’s conceptual innovation of tauhidis almost astounding. Abu’l Fazl’s endorsement of Kabir has already been noted; indeed, the concept of sulh-i kull (absolute or universal peace) for which both Abu’l Fazl and Akbar have earned acclaim derives its premise from Kabir. Bulleh Shah speaks Kabir’s language when he holds that salvation lies in giving up all rituals and shedding one’s religious ego; and the greatest Urdu poet, Ghalib, in a remarkable verse (sh’er) virtually reproduces Kabir whether regarding rituals or the ego of denominational religions to arrive at the true imānor religiosity.

Remember that Gandhi Ji’s favourite bhajan was ‘Ishwar Allah tero naam’. After all, the notion that God is one entity with different names and different paths of approaching Him is commonplace in India; this is the singular legacy of Kabir. This is the legacy that the Hindutva camp finds so irksome and are seeking to demolish in the name of Ram.