‘I Converted to Islam, But Hide My New Faith in Public’: An Upper Caste Hindu Man Tells His Story

At a time when many BJP state governments have passed or plan to pass so-called anti-conversion laws, his journey from Hinduism to Islam has given him a special insight in to the rise in anti-Muslim sentiment. 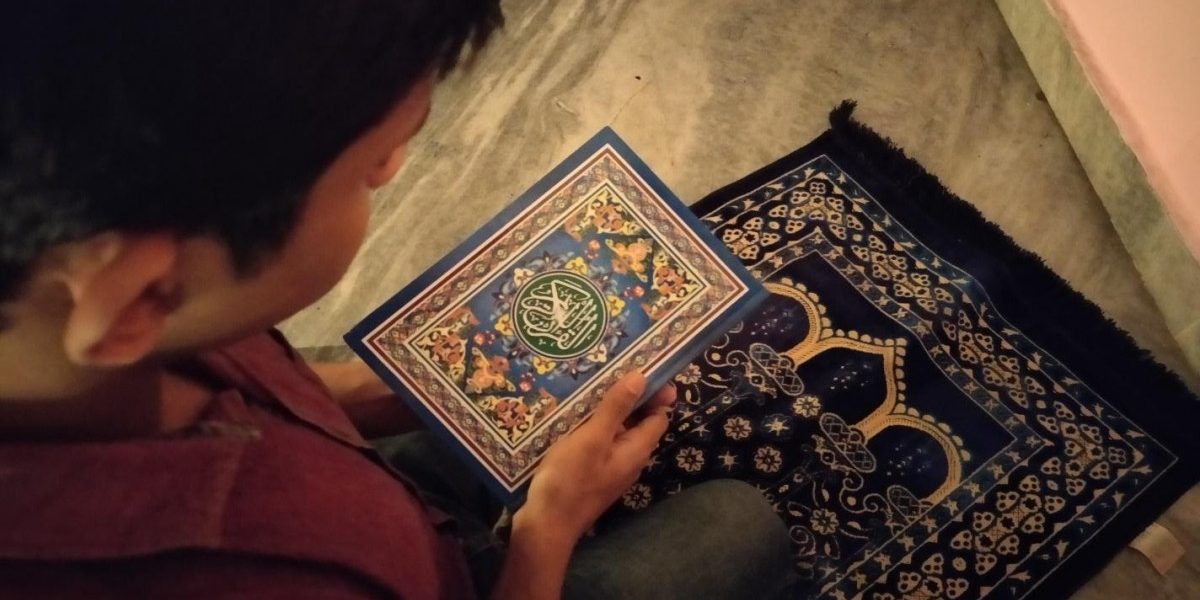 New Delhi: “I have hated Muslims most of my life and today I proudly call myself one,” says Siddharth, who assumed the name Shadab when he converted to Islam in 2012.

At a time when many BJP-ruled state governments have passed or plan to pass so-called anti-religious conversion laws, his journey from Hinduism to Islam  has given him a special insight in to the rise in anti-Muslim sentiment.

He was a devoted Hindu who prayed at the temple every Tuesday and Saturday. He would offer obeisance to everything that the religion mandated, and recalls taking sweets to the temple to offer to the Gods. From to the Kshatriya caste, he says all festivals and traditions were celebrated in complete adherence to the Hindu customs prescribed by priests for their caste.

At 19, Shadab began to question ritualistic practices. He says, “Whenever I asked my parents about the significance and logic behind lighting diyas, they cited their elders as followers of tradition, but they never gave me a logical explanation.” Born to Hindu parents who had taught him the days of the week in accordance with which day belonged to which God, he found himself questioning his faith.

On being asked what attracted him towards Islam, he said equality inspires him. “In Islam, be it a beggar or a banker, all stand in the same rows for namaz, all are equal in the eyes of Islam. You don’t have to be rich or born into a particular social category to be close to Allah,” says Shadab. Islam advocates equality among all humans and calls for equal respect to everyone irrespective of colour, race, financial status, social status, he says.

His journey began when he decided to read the Quran, which strengthened his calling towards Islam. He explains, “It is said that when you walk towards Allah, he runs towards you. I only crawled but Allah taa’lah opened ways for me to not only discover but understand the core principles of Islam.”

As Shadab’s love for Islam increased, his problems at home multiplied. He would secretly offer namaz. The same applied for fasting during Ramzan. While all this pushed him closer to Allah, he would be far away from his family, even while living in the same house as them.

As his family began to notice changes in his behavioural patterns, they kept a close watch on him. The family would occasionally raid his room to look for anything ‘Islamic’. One day the raid was productive: in Shadab’s bag, they found tasbeeh (prayer beads), a skullcap and a prayer book.

Even members of the society he lived in began keeping tabs on them. Certain members confronted Shadab’s family and said that they had seen him entering the local mosque on several occasions. In 2016, when conflicts aggravated, the family disowned Shadab. He was 23.

After this, he was unemployed, unfed and slept on roads, park benches and on the stairs of closed shops. “For my family and the others who intervened, more than me leaving Hinduism, the problem was my acceptance of Islam,” Shadab says. His own family alienating him did not deter Shadab’s calling for Islam. Shadab converted to Islam in a local mosque soon after.

After being ousted from his home, he was sheltered by a Muslim friend who he now considers family. Later, when Shadab got a job, he realised that not only is the corporate world shrewd in terms of work culture but is also Islamophobic.

As anti-Muslim sentiment began rising and frequent incidents of lynching were reported, Shadab felt deeply vulnerable about exercising his right to religion.

Breathing in duality, Siddharth and Shadab had to switch personalities. At office, Siddharth would look for quiet places to offer namaz and at the mosque, Shadab would attentively listen to sermons that glued him more to Islam with every passing day. When he was walking on the road, Shadab would often find his hand reaching to  his pocket to pluck out his skullcap during azaan time, but Siddharth would stop him.

When Shadab’s Muslim friends got to know that he had converted to Islam, many of them described his decision as ‘digging his own grave’.

This articulation hit him hard when he realised why Akhlaq, Junaid, Tabrez and Pehlu were lynched. He says, “No one will understand the reality of Indian Muslims, until it hits home. Many Hindus laugh at the slogan ‘Musalmaan khatray mein hai’, claiming that Muslims are absolutely safe. This is untrue. Muslims are living as second class citizens. I have felt the difference, I’ve seen it with my own eyes.”

He actively participated in the anti-Citizenship Amendment Act (CAA)-National Register of Citizens (NRC) protests. “Kaagaz nahi dikhaaengay [We will not show you the documents] was not just a slogan for me. It represented the danger of my community being excluded as a whole,” he says.

When he was a Hindu, Shadab feels like he had overlooked the reality facing most Indian Muslims. He says that the anti-CAA/NRC protests united those Muslims who are proud Indians and stand against the communal nationalism that the current regime is channelising. He says, “Tomorrow, due to my conversion documents, who knows which legal loophole the ruling regime will invoke to revoke my citizenship?”

After eight years of practicing Islam, the spectre of targeted violence hit home during the Delhi riots. “As a Muslim, I was amazed at the hatred people showed towards the community,” he says. He says that the attacks were well planned and systematically carried out. During his engagement in relief work, he feels that attacks on wealthy Muslims symbolised a kind of vendetta that the rioters had, as if Muslims cannot exist as a well-to-do-class.

Shadab says converting so Islam is being made to look like a cardinal sin. He says that while it took him an enormous struggle to start his life back from scratch, he cannot imagine being able to do so had he been a woman. He feels that the so-called ‘love jihad’ laws strip women of their autonomy, and their right to religion.

While the BJP has been reinforcing the Sangh parivar‘s conspiracy theory that Hindu women are ‘forced’ to convert to Islam, a 28-year-old Hindu man who has voluntarily converted to Islam poses various questions to the anti-Islam and anti-Muslim ideology that the ruling party propagates. Shadab says that while it is one’s legal right and personal choice to decide which religion to practice or preach, the politically motivated communal climate leaves Muslims no choice but to hide their identity.

Shadab retains faith in the constitution and believes in Article 25, which guarantees the freedom of conscience, the freedom to profess, practice and propagate religion to all citizens.