In Photos | Ayodhya: A Tale of Hope and Neglect

Though many feel the government has failed them, the city engulfed by religious rhetoric clings to hope. For both Hindus and Muslims, Ayodhya holds a special significance. Originally called Faizabad, the city came to be known as Ayodhya due to the rise of the Ramjanmabhoomi movement.

The Ramjanmabhoomi movement began with the appearance of a ‘Ram Lalla’ statue in the Babri Masjid complex of Ayodhya.

The issue turned into a major political controversy and escalated tensions in the area after the Bharatiya Janata Party and other right-wing outfits mobilised masses to demolish the Babri Masjid on December 6, 1992. 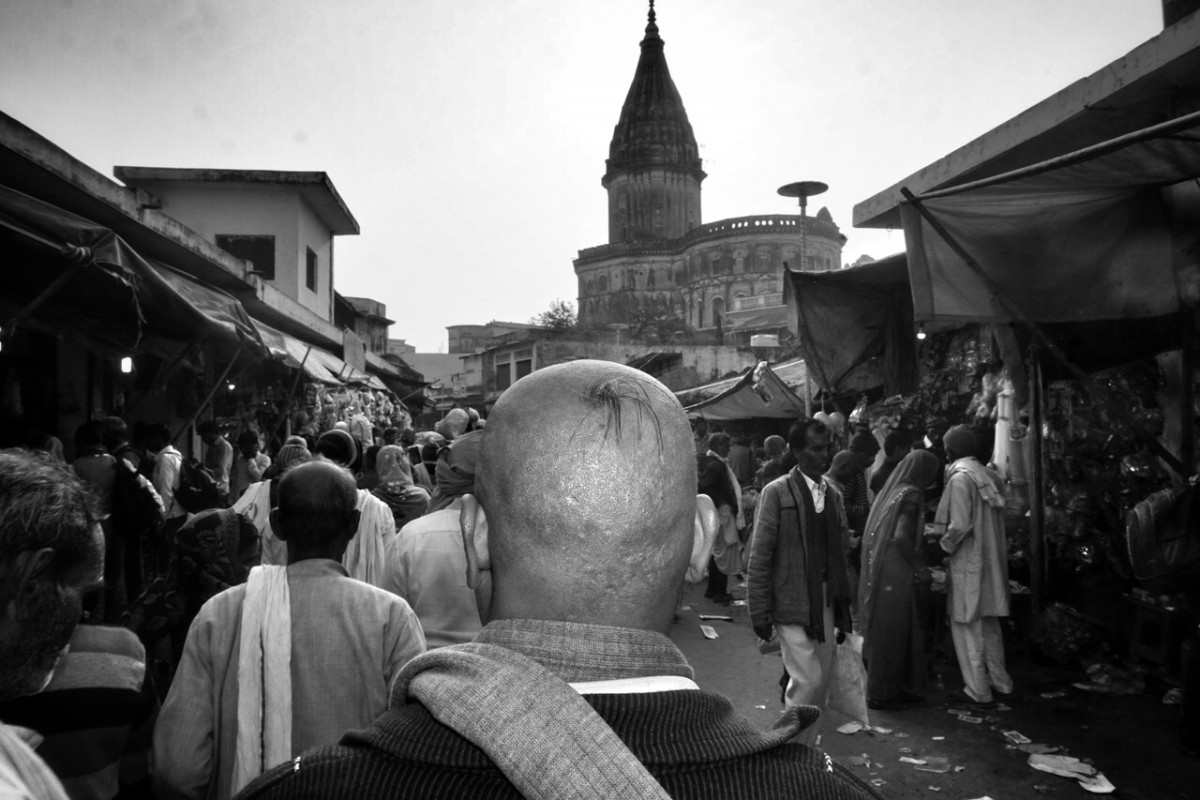 Hanumangarhi or the temple of Hanuman in Ayodhya which sparked tensions on December 22, 1949. Credit: Shome Basu Soon enough, the agenda to build a temple in Ayodhya started to creep into the political strategies of right-wing parties like the BJP.

Also read: In Photos: As the 2019 Elections Near, the Ram Temple Card Is Played Again

The dispute is one of the main reasons why Ayodhya has failed to become a famed tourist spot, unlike Benaras or Mathura which are also located in Uttar Pradesh and boast of temples and historical sites that are thronged by thousands of pilgrims and tourists daily. Over the years, as Ayodhya continues to be held captive by politics, the zeal to develop itself into a tourist destination has also been snuffed out. 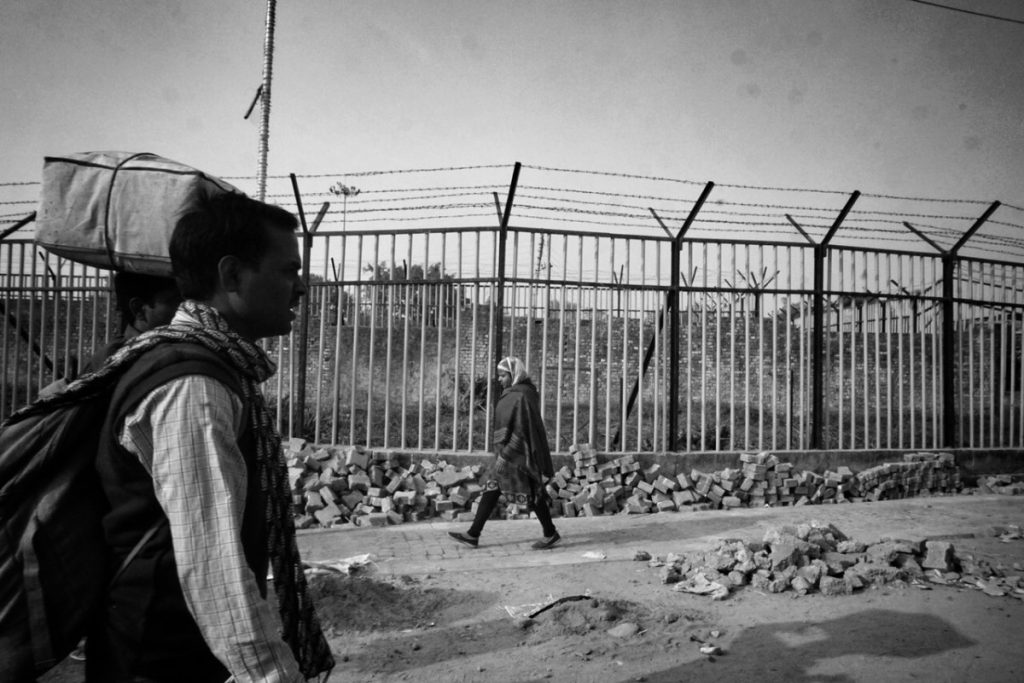 Safdarjung, the second Nawab of Awadh, donated money for the riverfront on the banks of the river Sarayu. Credit: Shome Basu

Interestingly, the area along the River Sarayu, which is now called Ayodhya, was donated by the nawabs of Awadh in the 18th century to build a temple fortress called Hanumangarhi in order to maintain cordial relations with the Hindus living there.

Today Ayodhya is a place where people from the surrounding villages come to take ‘darshans’ (holy visit) and a holy dip in the River Sarayu. But those who clean the banks of the river daily say that the present government has done nothing for the betterment of their community. “The middlemen take away 50% of what I make. I only get Rs 7,000, which is much less than what was committed to me,” says an exasperated Suraj, for whom neither the temple nor the masjid has any meaning as he goes to bed hungry every night.

Plenty of sanitation workers like Suraj, who had high hopes from the Modi government, now feel utterly neglected.

Another gentleman I met in Ayodhya, Dindayal Agarwal, in his late 40s, told me he had voted for the BJP in 2014 hoping that finally there would be development in Ayodhya. 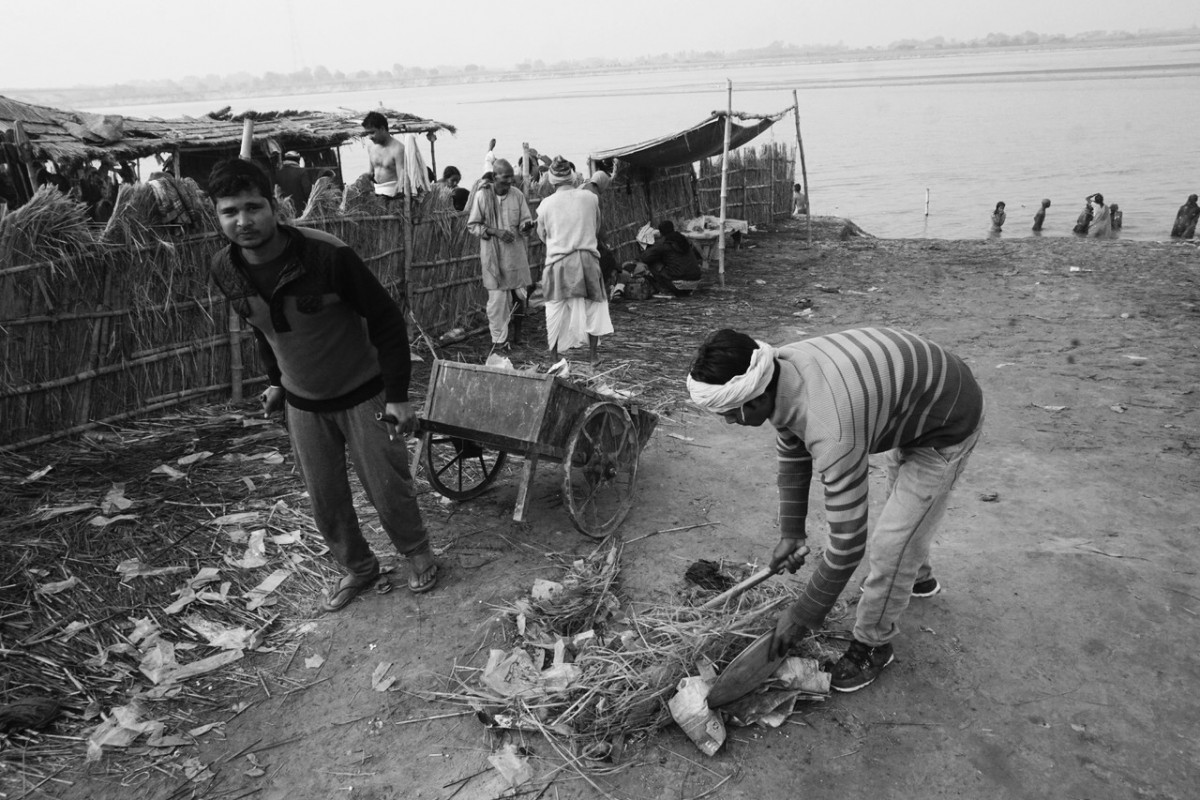 “This time I will not (vote for BJP). I will vote for anyone but BJP. The government has done nothing for us. The plight of Ayodhya remains the same,” says a dejected Agarwal, who suffered losses in his business due to the introduction of the Goods and Services Tax (GST).

However, there are also those who are pinning their hopes on the Yogi Adityanath government to build a lavish Ram Temple in Ayodhya and turn the city’s fortunes.

Also read: Another EC Notice to Pragya Thakur, This Time for Bragging About Demolishing Babri Masjid Around the city, one can see piles and piles of decorated and curved building materials that are expected to be used to build the Ram Temple. Many people assemble around the sculpted stone carvings that are expected to be used for building the Ram temple. Credit: Shome Basu

Whether the temple becomes a reality or not, people here seem to be under some sort of a hypnotic spell – all over the city, one can see ‘Ram Katha’ books and mementoes being sold. 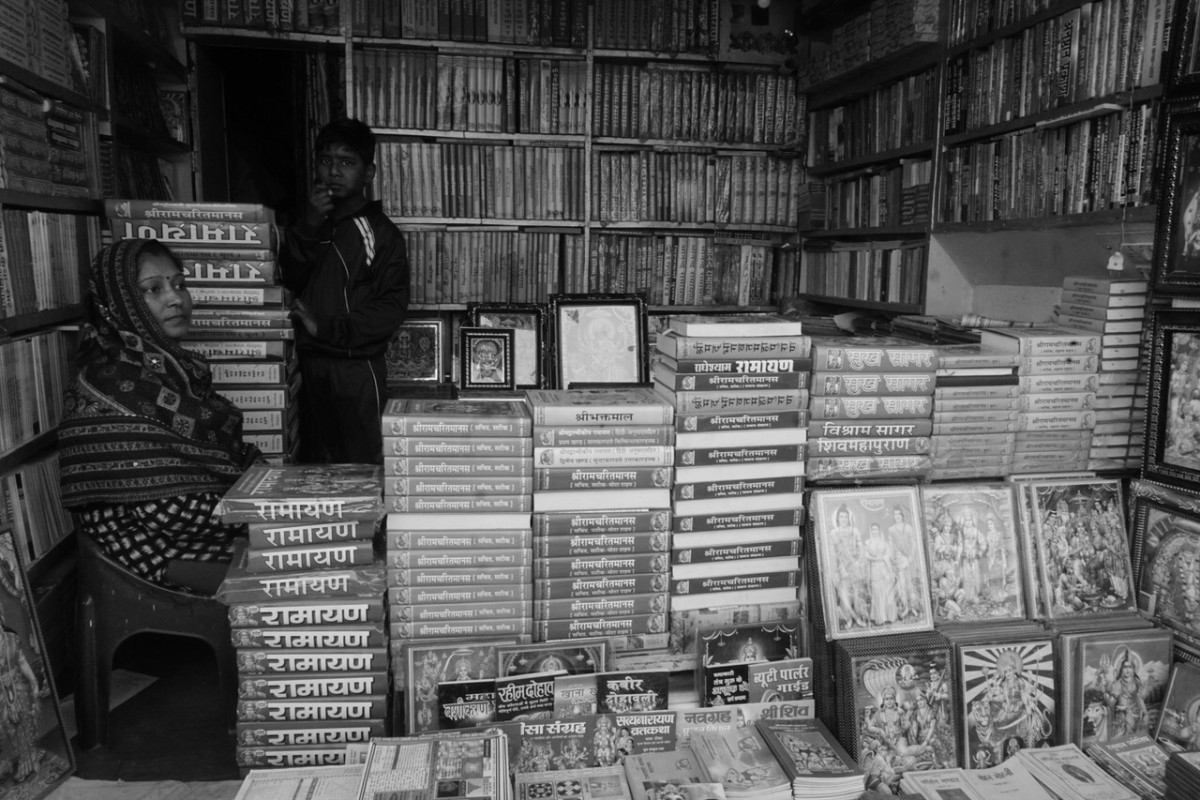 A plethora of Hindu mythology literature and copies of Ramayana are sold around the city. Credit: Shome Basu

Sanju, a Bajrang Dal activist, tells me that he is confident that Prime Minister Narendra Modi will come back to power, but he will not be able to calm the simmering tensions brewing between the people in Ayodhya due to the lack of jobs and poor economic conditions.

With the fifth phase of election commencing on May 6, Modi is addressing a rally in Ayodhya on May 1.