In India, toxic propaganda and polarisation have so impacted the Hindu psyche that bigotry will not come down if India is declared a Hindu nation, as Hasan Suroor has suggested. The plight of Muslims may even worsen. 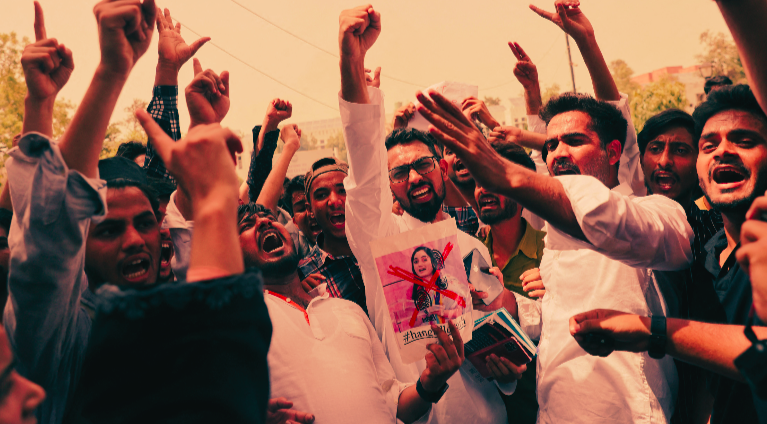 When a minority community is mocked, marginalised and attacked, its liberals cannot even let off steam. In an elected autocracy, they organise seminars to which not many come, or write articles that one newspaper may publish. In television talk shows, they are shouted down by the anchor and a fiery opponent. Most of them prefer discretion to valour and keep their heads down.

A few liberal Muslims start singing tunes from the official hymn sheet. They advise common Muslims to show self-restraint. Some blame the earlier secular governments for maltreating their community. This conduct entitles them to enter the official ‘good’ category and get co-opted by the hostile establishment.

A desperate intellectual now seeks a remedy that could worsen the disease.

Hasan Suroor, a liberal progressive Indian Muslim journalist-author based in London, has written Unmasking Indian Secularism, a book suggesting that India should be declared a Hindu nation that guarantees equal status and rights to all communities.

Suroor conjures up a quick solution of “a new Hindu-Muslim deal” to be struck by transplanting the British model of a Christian country with equal rights for all its citizens belonging to different faiths. There, the Queen is the Defender of the Faith, and the House of Lords begins its proceedings with a Christian prayer.

Of course, Suroor ignores the stark difference between Britain and India when it comes to its citizens’ sense of identity and attachment to their religion. Britain’s Christian majority is happy to see disused churches being sold and converted into temples and mosques. British political parties know that Lord Jesus would not get one extra vote for them. Unlike Lord Ram, he can perform no political miracle. There are no divine players in British politics.

In India, toxic propaganda and polarisation have so impacted the Hindu psyche that bigotry will not come down if India is declared a Hindu nation. The plight of Muslims may even worsen. There is much in the name of a nation.

Suroor is so affected by the utter helplessness of his community – experienced personally by him during his visits to India – that he has lost all hope in the so-called secular India. Yet, the path commended by him is a slippery slope. The weaker party should expand the possibilities for the “best alternatives to a negotiated settlement”. Defeatist arguments weaken the negotiating strategy of the weak by reducing possibilities rather than expanding them.

Let us assume India is declared a Hindu Rashtra with the complicity of “good” Muslims. That gesture of goodwill would be taken as that community’s defeat.

Muslim surrender will weaken the hands of those Hindus who are imbued with Hindu principles and seek a benign and tolerant multicultural state reflecting the absorptive spirit of India. A wave of triumphalism will sweep the nation amid a deafening drumbeat by the Sangh Parivar activists. Their slogan “Ayodhya is only a teaser; the real film will follow” will become a victory cry.

Also watch: ‘Comments on Prophet by BJP Leaders a Wake Up Call for Even Hindus’

Nothing prevents indoctrinated Hindutva activists from asking for more, testing ever-shifting goalposts as per the blueprint laid out by Savarkar and Golwalkar, the Hindutva ideologues.

If Suroor’s suggestion gets implemented, the Sangh Parivar would have realised its dream – one that is not shared by most Hindus. Contrary to Suroor’s hope, majoritarianism would expand its power and glory. Narendra Modi would have added one more feather in his cap. His narrative thrives on an ever-expanding list of enemies who thwart the great march forward – minorities, human right activists, the left, liberals, intellectuals, students, farmers, and environmentalists.

Modi’s devotees may want him to rule forever but the political marginalisation of Muslims cannot last. Muslims are a significant minority and a very large section of Hindus feels very discomfited with what is going on. In a democracy, a minority is not as powerless as it is presumed. The Hindu right-wing, a minority, demonstrated that sustained groundwork with missionary zeal in the age of social media can give it transformative power. In America, “a backward, oligarchic, misogynist minority is trampling the rights and the will of the majority” and it can hold the nation to ransom.

In India, the Muslim community can counter political marginalisation by rejecting its devious and divisive leaders bought over by the BJP. Indian capitalists may realise that communalism is not actually good for business. The common man may find that communalism makes him jobless. Experts will point out that communalism is bad for the blossoming of the individual’s and nation’s potential.

The consequences of the forces unleashed touching ever new constituencies, closer and closer to home, may awaken a larger section of Hindus to the havoc played with their society and nation. This may lead to a moral awakening. The hope lies in some iconic leader calling the bluff and presenting a credible alternative narrative of living and letting live – celebrating life, development, and diversity – promising economic opportunity, freedoms and dignity.

A saturation point or even a tipping point may come, causing a political setback to the BJP, making the violent mobs powerless, deprived of help from government officials, police and the lower judiciary. Once the tide turns against the ruling party, the process of auto-correction will start. Civilisational values will assert. Courts, community meetings and inter-faith discourses cannot make much difference. The problem was created by politics and its solution lies in politics.

Sounds far-fetched? Surely not as far-fetched as the idea that a Hindu rashtra will safeguard the rights of India’s Muslims.

The current toxic ecosystem must end for the flowering of a pluralistic culture that accords protection and dignity to a minority. Its status and security cannot be secured by any artificially negotiated “deal”.