Should Faith Be Certified by an Official Bureau, or Be a Felt Experience?

It is an impoverishing thing to seek to reduce Hinduism to a monochromatic imperative dictated by the politics of the day. 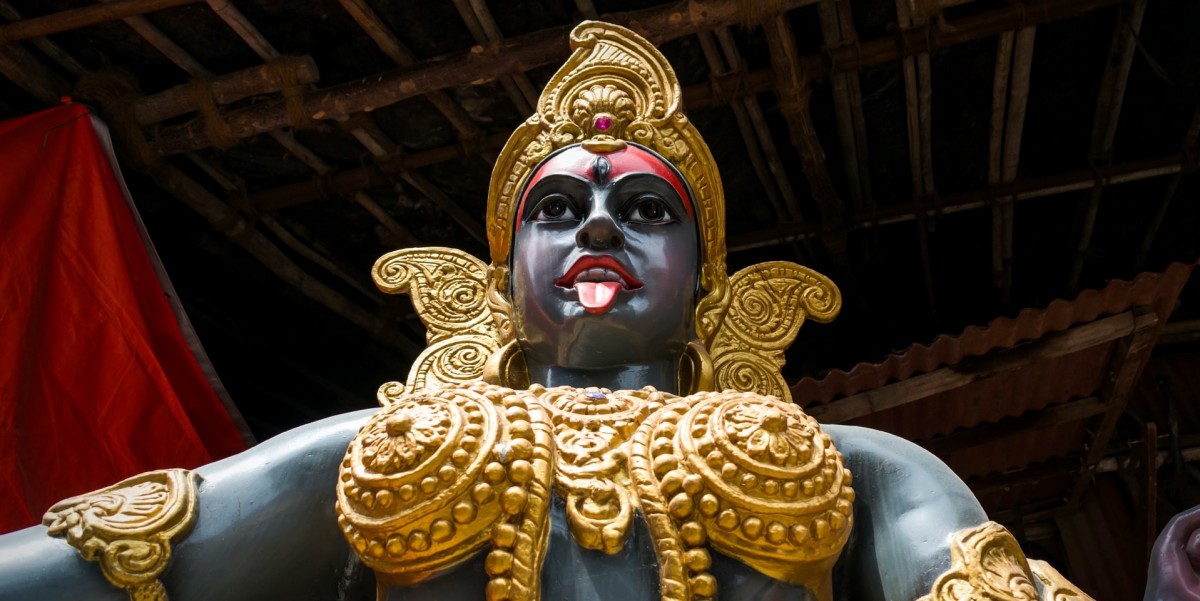 In passing, the shrinkage can happen within both right-wing and left-wing totalitarianism.

The Indian freedom movement caused an efflorescence of ideas and an unhindered expression of views, however antagonistic to any dominant influence – including that of Mahatma Gandhi.

Barring the 19 months of internal Emergency during the mid-seventies, that lumbering and often gauche and noisy openness continued to mark India’s admirable experiment with democracy.

The India of the last decade or so, however, clearly has been one of intellectual shrinkage.

As the philosopher of culture, Mikhail Bakhtin, who formulated his cultural theses during the Stalinist era, would have put it, our days are not those of heteroglossia (meaning a fearless flow of tongues characterised by a centrifugal abundance, such as inform a genuine democratic order) but of monologism (meaning a collapse into a centripetal dogma that forbids the effulgence of free human expression, a reduction that suits an authoritarian politics).

For example, when it comes to religions, we are coerced to say they are not dynamic formations but fixed things – fixed, that is, by the political authority of the day.

Thus, regardless of the fascinating history of the ideological nature of representations, be it in theological productions or in the archive of creative arts, the hegemony of closure requires us to see our gods and goddesses only in forms sanctioned by the political pulpit.

That’s not to speak of the content of religious contentions across the world. Only that which the Neros of the day certify to be so must pass for the truth, often on pain of death..

Apropos the controversy surrounding what Mahua Moitra has said of how the worship of goddess Kaali is performed in Sikkim, Bhutan, parts of Bengal, or indeed how devotees in various locations have through the ages envisaged the shape and contours of the deities they have worshipped, consider the following instructive vignette from Christian history.

At a time when the Catholic Church was the dominant ideological lawmaker in Europe, teaching chiefly how all of mankind had fallen into sin because of the “disobedience” of Adam and Eve in Paradise, a thirteenth century painter drew a picture of the creation of Adam in a way in which Adam is shown to be a miserable, dithering midget with God looming over him several fold.

Leap some two centuries or so into European history, and you find the same theme depicted by Michelangelo in his celebrated ‘The Creation of Adam’ across the ceiling of the Sistine Chapel in Rome. This time God and Adam are drawn of equal stature with the height of their heads level with one another, and this Adam is muscular and bewitching.

Also read: Mahua Moitra Says People Can Imagine Gods as They Like, Rattled TMC Distances Itself

The analysable fact is that during those 200 years, Europe was to undergo a Renaissance – both of ideas and material productions – and human beings, in their effulgent creativity, could no longer be considered mere dithering midgets cowering for salvation under a forbiddingly looming god.

An era of colonial expansion and conquest, and developing capitalism had done the trick, thank you, obliging gods and men to appear in altered contours to the polity.

I once asked a Swamiji, a truly spiritual and wise humanist, whom I felt great affection for, as to how I could be certain that our gods and goddesses looked as they were depicted in photos, posters etc.

The Swamiji said to me that these representations had come down to us through time, that no saint, however ancient, had ever claimed to have actually seen our gods or goddesses, but that an imaginative consolidation of representations had made the images we see stand for their tangible persona.

The Swamiji, of course, went on to say that what matters is not the image we worship, but our seeking after a perfection that we call god. Our state of progress in that quest then dictates whether or not we need the images for our spiritual focus, or whether we are able to internalise that perfection as a felt reality.

As to what Mahua Moitra has said about the goddess Kaali, (importantly, far from endorsing it, she made no comment whatsoever on Leena Manimekalai’s depiction of the Kaali persona in her documentary) no one from the ruling BJP has yet contradicted the factual status of her averment – namely, of how Kaali is worshipped in specific locations.

Indeed, some knowledgeable commentators have bemoaned that in washing their hands off her, the Trinamool Congress has surrendered the truth of local culture to the clout of a central diktat.

I may, as a Kashmiri Pandit, share my memories of how we used to visit the Bhadrakali shrine up on a hill in a dense forest, some 10 kilometres form Handwara, on the ninth day of Durga Puja, conduct an animal sacrifice, twirl the lung and the trachea to shouts of “teelo taalo” for the kites to come and consume the oblation.

The shrine, now managed and protected by the army, is still there, and devotees continue to visit it.

As Shashi Tharoor has said, the diversity of representations, of rituals, of forms of worship that have existed in Hinduism remain unmatched by any other faith. It is an impoverishing thing to seek to reduce the faith to a monochromatic imperative dictated by the politics of the day.

Indeed, even within one and the same festival celebrating one and the same god/deity , differences of culinary practices continue to exist. While, for example, many Pandits are required to cook fish and mutton to propitiate Shiva and Parvati on Shivratri, some observe the worship as a vegetarian one, although they consume non-vegetarian food on other days.

As to how we visualise our gods, what is one to say of the legend of one Dhanna Jat, a peasant, who, crossing a stream one day, came to be convinced that the shapely stone he saw in the water was Shiva, took it home, installed it, and for the rest of his days, worshipped it, talked to it, quarrelled with it, and fed it before he ate a morsel himself.

How is this to be explained except as a phenomenon in which religious practices over the conditioning influences of history come to be assimilated into the larger ambit of overarching culture?

So we ask the question: does Hinduism best flourish in this unique plurality of representations, beliefs and practices, or should we seek to emulate the “other” whom we never tire of berating as single-mindedly fanatic?

Is it, for example, even possible, let alone desirable, to seek to foist an Aryan construction of Ravana on the overwhelming majority of Hindus who reside below the Vindhyas?

Indeed, which of the several versions of the Ram Katha may we proffer as corresponding to the “truth” of the tale, and on what grounds?

That is the India that Mahua Moitra was underscoring.

In referring to a specific form of Kaali worship that exists in Sikkim, Bhutan, Bengal, and I may add, Kashmir, she was offering a gloss on the complexities of a faith which she holds dear, and of a worship she practices as a devotee of the goddess.

There is thus a zero correspondence between Nupur-speak and what Mahua Moitra said: the former denigrated the one and only prophet of a faith which is not her own, the latter simply gave expression to a particular form in which the goddess she worships is propitiated in Bengal and elsewhere.

Mahua Moitra did not hurt any sentiments, except of some political adversaries who now seek an unquestioned overlordship of the universe of Hinduism in order to facilitate the implementation of their theory of state.