The rhetoric of the hijacking of the 'Hindu mind' only promotes a form of bigoted suspicion of Hindus and gives a pass to opposition parties for not fighting for core issues. 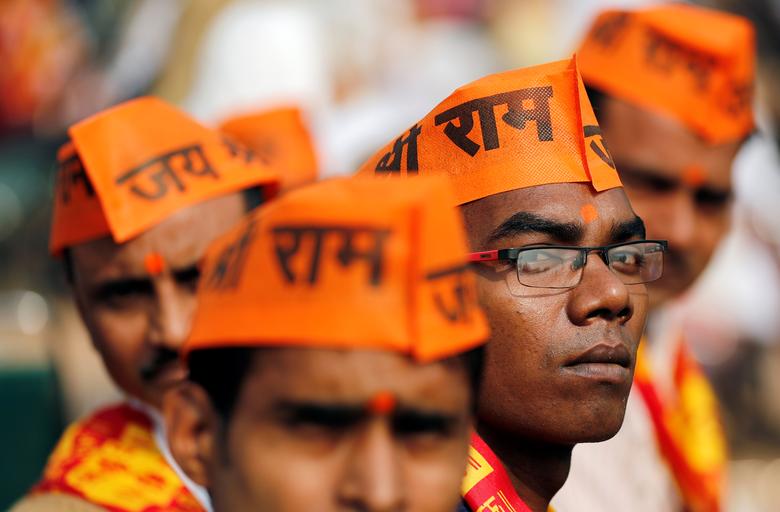 The astonishing victory of the Narendra Modi-led government in the recent general elections has led to a great amount of soul searching.

Unlike 2014, there is no disguising BJP’s policies behind the gauze of a promised economic liberalisation, or a comprehensive development policy; there is no hiding its utter incompetence on issues of employment or national security.

Certainly, any commitment to constitutional propriety is as dead as Justice B.H. Loya, or the reputation of the Reserve Bank of India, Central Bureau of Investigation or the Election Commission of India.

Despite all this, and despite choosing Pragya Thakur – on trial for charges of terrorism – as the Lok Sabha candidate from Bhopal, the BJP won a resounding victory, with Pragya Thakur receiving 61% of the votes from her constituency.

Given that the BJP’s manifesto was markedly empty, with such inanities as saving the forests by giving more environmental clearances for projects, the core appeal of the BJP’s campaign was that of an ugly, domineering Hindutva – a celebration of Hindus as bullies, and little else.

For many critics of the BJP, this victory made no sense. There has been speculation that something has changed in the “Hindu mind”. Apoorvanand wrote an essay on this theme, and the Asaduddin Owaisi said the same thing.

All of this seems mightily familiar, because I had heard it before in a different context. After the September 2001 attacks in the US, even eminent academics like Bernard Lewis wrote rather pathetic, though portentous sounding tracts like, The Problem with Islam. (After the 1857 uprising, British colonial officers wrote similar sounding screeds.) Muslims opposed to the fundamentalism espoused by al-Qaeda lamented that their faith had been “hijacked”, a trend that continues today.

By blaming a religion instead of a political project that is using religion for political purposes, this sort of commentary ends up blaming whole groups. It explicitly avoids looking at political challenges. By focussing on Islam rather than the Saudi and Egyptian nationalities of the September 2001 hijackers, the US was able to launch an unending ‘Global War on Terror’, without looking at the specific reasons why such extremist movements could gain recruits from such areas, especially from among its most privileged and well-educated sections.

Unsurprisingly, the war has only spawned more wars and more terrorism.

Such skewing of blame on religion rather than a political movement using religion has other outcomes as well. By suggesting this ‘problem’ is central to religious identity the conversation moves towards theology, in which nobody can prove they are right. No god or prophet is going to appear as a referee. Another aspect is that by being of that religion, a person is automatically suspect – they are guilty until they manage to prove themselves innocent, and yet still somehow suspect.

Furthermore, the conflict is then divided along the lines of religion or sect. If the Global War of Terror is, as some have repeatedly called it, a “battle for the soul of Islam” then non-Muslims have no real role in it except as victims or spear bearers.

If the challenge of Hindutva is for the “Hindu mind”, then non-Hindus are, at best, spectators. The idea that these political projects are about sectarian supremacism, backed by violence, and its opposition is based on principles of equality and liberty (which are non-sectarian) goes out the window. How can people from different communities come together to fight against this challenge if the very question divides them along ethnic lines?

This last bit is important because implicit in it is the question: how do we fight this political project?

If the BJP is marketing the idea that Hindus are due a greater share in national life than others, then the obvious response is that, no, allocations should be on capability and need, not on sectarian identity.

Has one political party made this claim central to their response? Has one of them said that instead of trying to carve a larger share of a dwindling pie, we can create a fairer, more just tomorrow?

India remains an opportunity deprived country, where graded inequality leads to one group getting advantage over others. The Hindutva project plays on this, created a new out group – the non-Hindus, primarily Muslims – at whose cost the Hindus can benefit, and upon whom they can vent their frustrations.

India has not achieved the social and economic equality that Dr Ambedkar felt would undermine its constitution. And yet, we have nobody to explicitly promise that. This failure is completely ignored in the rhetoric of the hijacking of the “Hindu mind”.

Also read: Why the Bharatiya Janata Party Is Not Truly Bharatiya

Lastly, but not least, is the question of what option this type of analysis gives to those left out. As an Indian Muslim, if I am to believe that the Hindu mind – whatever that is – has been somehow “rigged” towards me, then am I supposed to fight 1.1 billion people?

Does it mean that I have no allies to fight for a liberal, secular country in those 1.1 billion? That I am stuck in a country where the majority has gone insane through religion? Is this really a message that India wishes to give to its large Muslim population: that they are alone, their backs are to the wall, and it is only a matter of time before they are engulfed?

In all manner of ways such an analysis only promotes a form of bigoted suspicion of Hindus, in the process ignoring the sacrifices of everybody from Gandhi, to Dabholkar to Gauri Lankesh who stood up for what is right, regardless of ethnicity. It undermines the foundations on which a committed struggle for a free society could be made, and it gives a pass to opposition parties for not fighting for core issues.

In the end, it only strengthens the political project of Hindutva.

Some will object to the analogy of the response to al-Qaeda and the Global War on Terror versus the Hindutva project. The former is a militant organisation which is not reliant on majority support, the latter is explicitly winning support through democratic means, and thus has a far better claim to be representative.

My focus here, though, is on a response to AQ and other Islamist militant networks that has failed, while the nature of Hindutva in Indian politics is very different, a failure in one place is unlikely to transform into a success in another.