Citizenship Amendment Bill: A Warning Bell for the Republic

The CAB expresses the heart and soul of the communal agenda of the Hindutva rightwing and seeks to reconstitute the republic into a theocracy. 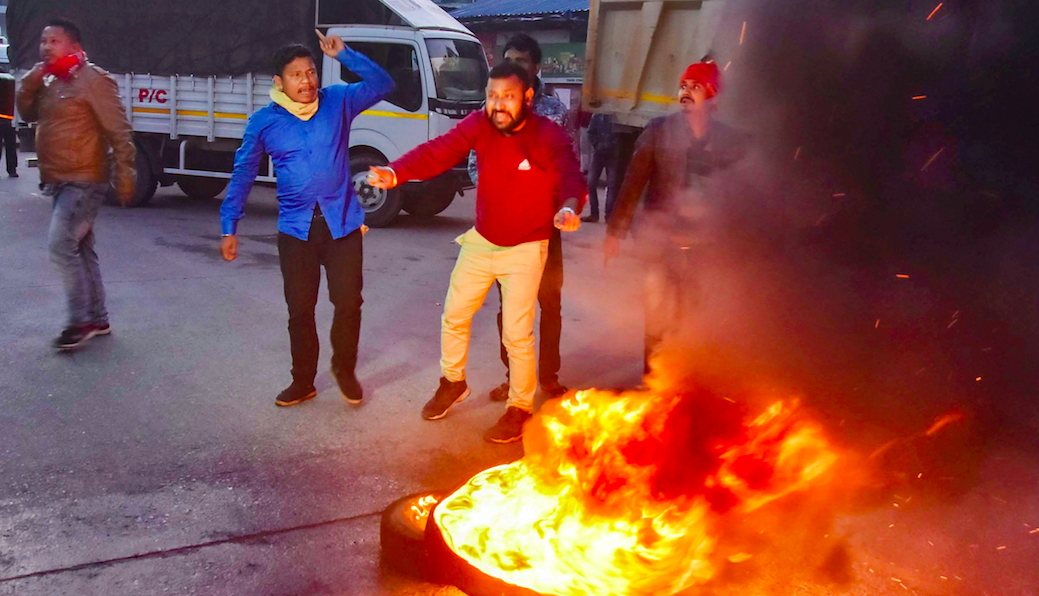 Protestors burn tyres at a strike during Assam Bandh called by All Assam Chutia Students Union and All Moran Students Union against Citizenship (Amendment) Bill in Guwahati on December 9. Photo: PTI

Just to recall, the Assam Accord of 1985 stipulated that all those individuals, irrespective of religious denomination, who entered Assam prior to March 24, 1971 would be recognised as citizens of India.

The National Register of Citizens (NRC) exercise was floated by the government of the day to effectively reverse what they saw as the deleterious consequence of that Accord.

It was hoped and intended that the NRC exercise (which breached the provisions of the Assam Accord) would yield a demographic fruit conducive to Hindutva politics in designating mainly Muslim immigrants into Assam as aliens.

As it turned out, a majority of the 19 lakh or so individuals who came to be designated aliens after the NRC exercise turned out to be Hindus.

This circumstance led the Hindutva forces to cry foul, and the fairness of the exercise and of the officer who conducted it came into raucous question. A clamour went up that the NRC exercise must be repeated.

The Citizenship Amendment Bill, once lapsed, and now due to be introduced again in the Lok Sabha on Monday, December 9, comes therefore loaded with two purposes, a short term and a long-term one.

The short-term purpose is to re-designate all those Hindus who came to be deprived of citizenship in the NRC exercise as “persecuted” religious refugees from Bangladesh chiefly, and thus to reverse the fall-out of the NRC findings in the case of Hindus, since the CAB Bill provides that all those non-Muslims who have been “persecuted” in Afghanistan, Pakistan, and Bangladesh will be bestowed Indian citizenship after a six-year stay in India.

Curiously, this will involve all those Hindus who had claimed citizenship in the NRC as Indians now having to declare themselves refugees from outside India. It is anybody’s guess how the legality of this turnover may pan out.

Muslims are to be excluded from this bonanza on the ground that they could not claim to have been persecuted on grounds of religion in countries which call themselves Muslim countries.

The presumption also is that since many Muslims chose to leave India in 1947, a remaining “Hindu” India has no obligation to take any back. Thus if Ahmadiyyas, Shias, or Baluchis continue to be persecuted in Pakistan, or Hazaras in Afghanistan and the Rohingya in Myanmar for example, as inauthentic, or non-Muslims, they too may not claim refugee status in India.

As a passing thought, what if an European country were to pass a law enabling persecuted Indian Dalits and Adivasis to apply for citizenship there? And who would argue that such persecution does not exist? 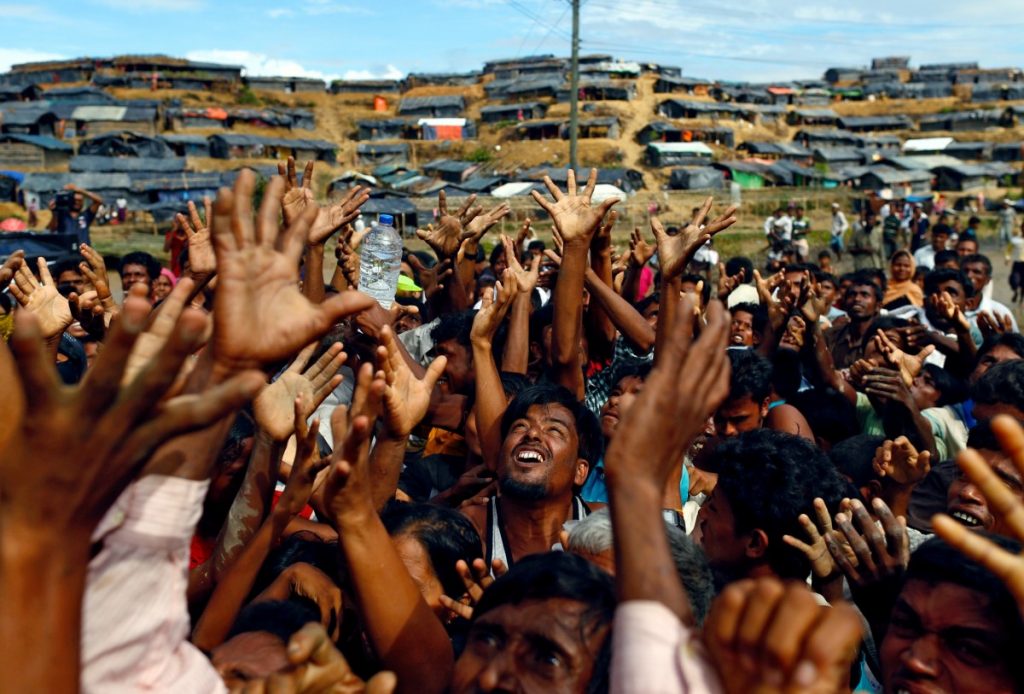 It is well known that the Hindutva rightwing maintains that Akhand Bharat included Afghanistan, Pakistan, and Bangladesh, Hindus in India have a special obligation to accommodate religiously persecuted Hindus (and other non-Muslim minority groups) as Indian citizens. That Hindus have been religiously persecuted in countries like Sri Lanka also is thought to be an inadmissible argument because (and this is not to be said) the persecutors in those countries have not been Muslims.

The Citizenship Amendment Bill (CAB) thus issues from a macro-historical conviction on behalf of Hindutva rightwing that India is in essence a Hindu country and deserves to be a Hindu Rashtra.

This ideological construction can be seen to be patently violative of the Constitution of the pluralist Indian republic. Articles 14 and 15 of the Indian Constitution explicitly forbid discrimination on the basis of creed, among other things — a provision applicable as much to those who wish to be become Indian citizens or already are, wherever they come from.

The CAB, make no mistake, then expresses the heart and soul of the communal agenda of the Hindutva rightwing, and seeks to reconstitute the republic into a theocracy.

Should CAB be allowed to become law, the day may not be far when amendments are brought formally to install that reconstitution to realise the Hindutva project in full glory.

Many opposition political forces already understand the full scope of what the Bill ultimately intends, and may be expected to block the passage of the Bill in the Rajya Sabha. Even the Shiv Sena, we understand, has resolved to oppose the Bill.

It must be the hope of every secular and democratic citizen wedded to the pluralist construction of the nation that parties allied to the ruling Bharatiya Janata Party, having taken their oath on the Constitution, will also rise to the epistemic need of the fraught moment and refuse to support a measure that bids fair to subvert the constitutional republic to a consequence that contradicts the founding values of India’s freedom struggle and of the framers of the Constitution.

Needless to emphasise, the intended measure also contravenes all humanist principles espoused by the United Nations.

Gandhi, the father of the nation, had explicitly said that Hindus and Muslims comprised his two eyes, and any freedom that sought to tear them apart was not acceptable to him.

Also read: A Short History of the RSS and BJP’s Double Standard on Sedition

It is true that despite everything he did or said, he could not prevent the Partition of India. But those among the Hindutva rightwing who pretended to oppose that Partition (remember that as early as 1937, Savarkar had ringingly said that India comprised “two nations, Hindus and Muslims; the Pakistan Resolution was to follow in 1940), now seem to seek ways of consolidating the tragic fall-out of that Partition by “othering” Muslims both in India and any who may be persecuted in “Muslim” countries as pariahs who must now pay for their impugned guilt by being excluded from any equal or primary place in a reconstituted nation.

This is therefore truly a wake-up call for a majority of Indians who owe allegiance to the constitutional republic and to the stipulations and values the constitution enshrines.

Let not this atrocity materialise.