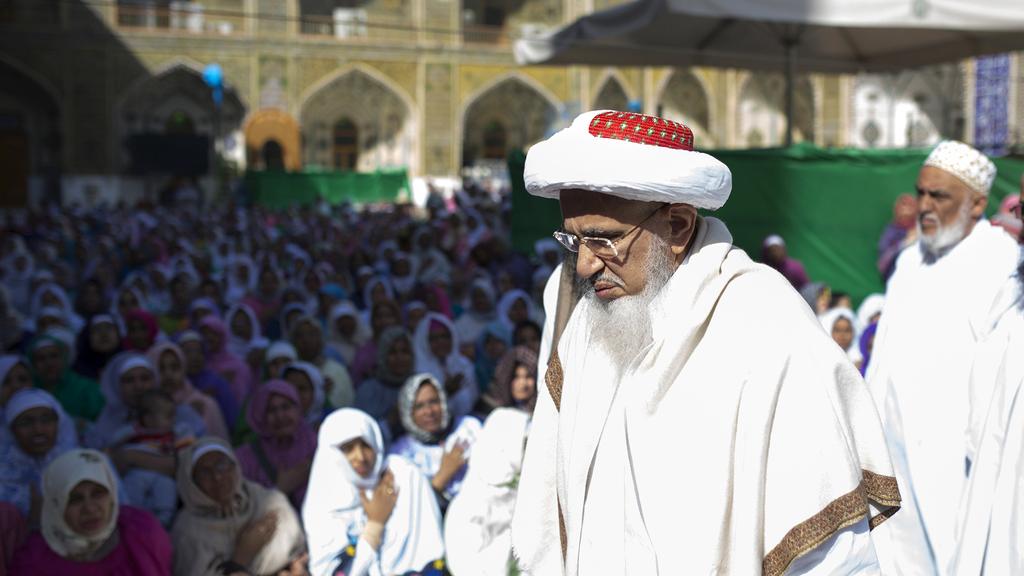 Mumbai: In a southern city, a young Dawoodi Bohra couple was recently asked to abruptly stop the ongoing renovation work in their house and give in writing that they would get rid of the newly-built western toilets in the house and abide with the recent ‘advisory’ issued by the sect’s spiritual leader, the 53rd Syedna, Mufaddal Saifuddin.

The advisory, a part of the community’s year-old ‘upliftment and awareness drive’, was issued earlier this month against the use of western toilets. The community Aamils (priests) claimed that this was for ‘scientific’ reasons and that Indian style toilets were better and healthier than western ones.

Although reluctant, the couple had to abide. “It is a command and not a mere advisory,” one of them told The Wire, asking specifically to remain anonymous. With only around 1500 people from this small but wealthy Gujarati Shia sect living in their home town in southern India, the couple did not want to rile up others from the community. Word could spread and the consequences could be unpleasant. This fear looms so large that the couple did not want to be identified in any way, not even by the city of their residence.

Defending the advisory, however, a community spokesperson said that using western style toilets is “alien” to Bohra culture. “Also, it is an accepted fact that using Indian toilets have certain proven medical benefits and advantages over using western toilets. No one is forced to change, let alone a person who needs to use a western toilet due to any medical condition.” While the community spokesperson claimed that no one was pressured, a few undated videos have been making rounds on social media showing some persons breaking western toilets. Ask anyone from the community and the answer will be the same – an advisory is nothing short of a diktat.

This is one among many such advisories that routinely come from the spiritual head of the nearly million Dawoodi Bohras spread around the world. He exercises tremendous control over their lives. Half of them live in India and most of them in Mumbai, where the Syedna lives. Recently, members of the community were asked to follow a strict set of rules for booking halls for all wedding functions. A list of marriage halls was drawn and only those approved by the Syedna could be used. The rest, even if they were booked in advance, were to be cancelled. Many community members did, losing money in the process.

For Iram Dahodwala, whose marriage was scheduled in December, the sudden issuance of advisory brought a lot of grief. “We had decided on a marriage hall near my house in Byculla (in Mumbai). We had paid the money in advance,” Dahodwala said. She had no option but to shift to another approved hall; the family had to let go of a huge sum already paid as the rental and for the decoration. “We would have stuck to our plans, but we knew most relatives and other community guests would not attend the wedding.” Even community caterers have been given a very clear direction to not serve at the places not mentioned in the list. “We have a very unique cuisine and the food is served in a thaal (a big plate from which a group of people eat together). Only the specialised caterers can handle this,” she said. Dawoodi Bohra community members come out from a mosque after offering namaz on the occasion of Eid-uz-zuha in Bhopal. Credit: PTI

A community spokesperson pointed out that most policies have been in place for the past 20 years or so. “This is not something new. The advisory encouraging Bohras to use community venues for weddings has many advantages. One of them is that it is designed to allow the rich and the poor to share the same venues and it should be viewed as an attempt to promote an egalitarian position, which ought to be lauded and not criticised.” But some look at it as a direct attack on an individual’s right to privacy. “This is a clear infringement of personal space,” Yusuf Unjhawala, a Bangalore-based businessman, said.

Two years ago, another directive was issued on the number of starters and desserts that can be served in the wedding. “Ek khaaras aur ek mithas” (one starter and one desert) it said. “The marriages in our community are usually very lavish. Since ours is a business community, most people indulged in extravagant marriages. And those who can’t, feel tremendous pressure to match up with these trends,” said Mufaddal Karachiwala, a hardware dealer who said he agreed with this order. A community spokesperson said, “Some weddings have not only become excessively opulent, but are also leading to certain practices which are against our cultural ethos.” These steps, he feels, are all very positive steps in promoting “egalitarianism and maintaining the community’s socio-religious ethos”. But some disgruntled community members point at the grandeur the Syedna and his family live in. “The Saifee Manzil in upscale Walkeshwar area is not less than a mahal (palace). It is ironic that the community persons are then expected to lead a simple life,” said a young fashion designer from the community.

Finding someone from the community to speak on the record proved very difficult. Most people that The Wire approached preferred not to talk at all or talk on the condition of complete anonymity. They cited “ostracisation” or “business boycott” as the reasons for not speaking up against these decisions. “Imagine if the community collectively decides to boycott our business, then what do we do?,” asked a 35-year-old businessman, who, along with his family, runs a catering business.

At one level, the Bohras are known to be liberal, enterprising and incredibly close-knit. Women’s education is encouraged, as is participation in public life. But at the same time, it is a community that has to adhere to the strict rules and regulations laid down by the Syedna. The current one, the son of the late Syedna Mohammed Buhranuddin who died in 2014, has shown himself to be ultra-conservative and has increased his grip over the community, warding off a challenge to his position by his father’s brother who claimed to be the rightful heir to the post. “Post 2014, things have been quite volatile in the community. The divide became quite evident when supporters of Khuzaima Qutbuddin (a rival claimant of the title of the 53rd Syedna) openly clashed with the supporters of Dai al-Mutlaq Syedna Mufaddal Saifuddin,” a source said. 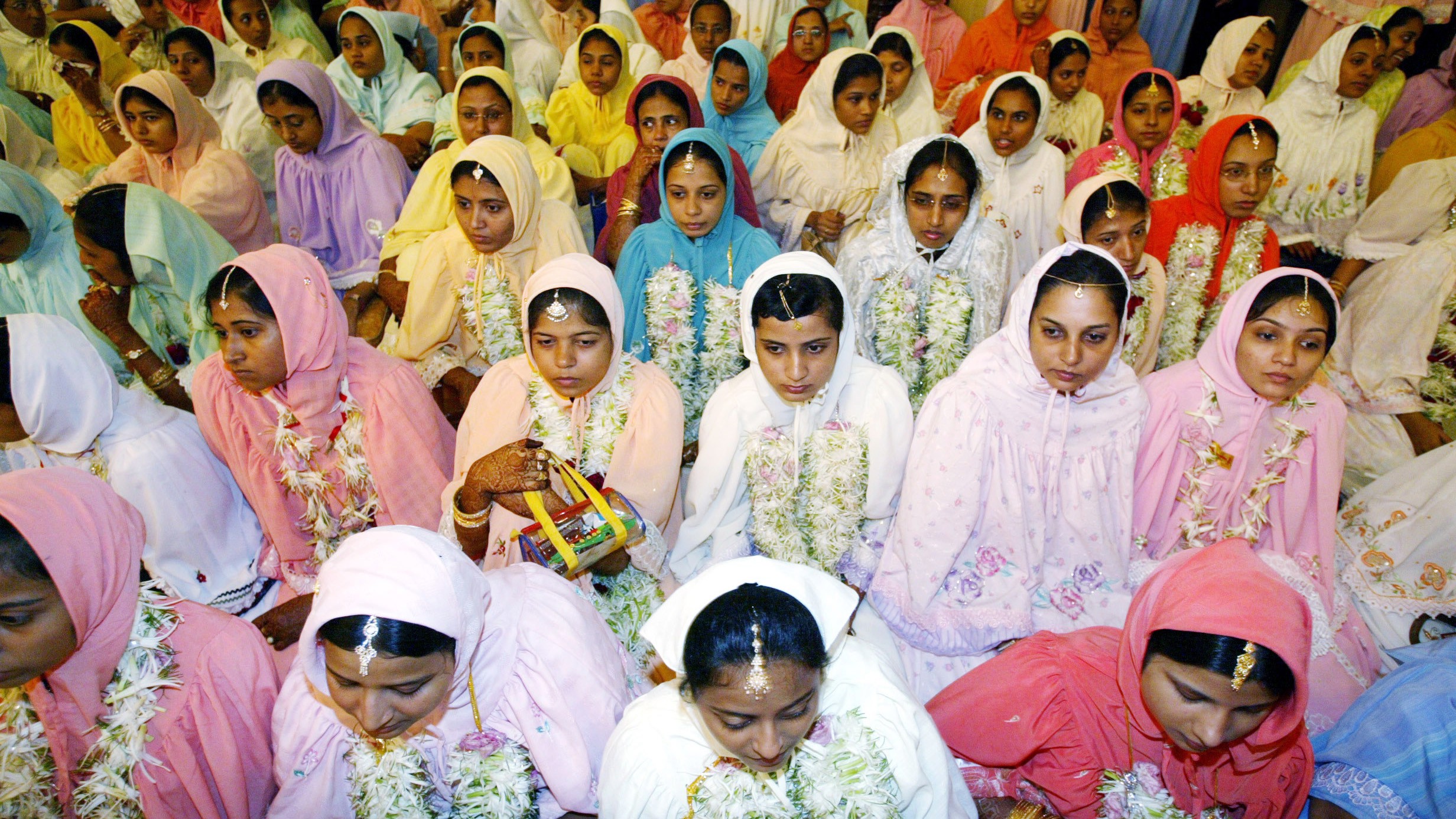 The practice of female genital mutilation is an old one in the Bohra community. Credit: Reuters

Rebellion of any kind, even mild public disagreement, can result in ostracisation. “Nothing is made official. But defying families usually gets sidelined and eventually you see their business getting affected. They don’t get invited to important social gatherings and do not get to hold any important positions in the community,” said a Bohra who started a Whatsapp group to discuss these advisories.

A few years ago, with the idea to bring “uniformity” within the community, ITS (Idaratut Ta’reef al Shakhsi) cards were issued to every member. These barcoded cards, similar to Aadhaar, are used by Bohras on a daily basis. “This way, our frequency of visits to the mosque, our participation in religious activities, almost every move is available on a database and is closely scrutinised. We are marking our attendance on a daily basis for the community heads,” said a 22-year-old media graduate. Her home in Surat was checked by the community’s officials last week. “The team of volunteers came to our house while my mom was home alone. They asked to look at the toilet, noted down the reasons for a western commode in the house and the time we would take to get rid of it. All this information was noted down with my mother’s ITS number,” she said.

Younger community members are protesting, as has been seen in the recent activism over an old community practice of female genital mutilation, but most prefer to remain silent, even if they agree that things must change. The fear of retaliation – or worse, social and business boycott – is real. They see no option but to give in, even if the diktat, such as the one on toilets, impinges on their personal choices.

“The regression has pushed us back by several decades,” feels graphic designer Rashida. “Unless a redressal mechanism and a two-way dialogue is set up, the community would not be able to restore its liberal image back,” she says, a sentiment that is also commonly shared by many in the community.