Why Yashwant Sinha's Decision to Join the TMC Is Politically Significant

Though the former BJP leader is unlikely to make a difference electorally in West Bengal, his presence will give a further fillip to the notion that Mamata Banerjee is the fulcrum of the opposition at the national level. 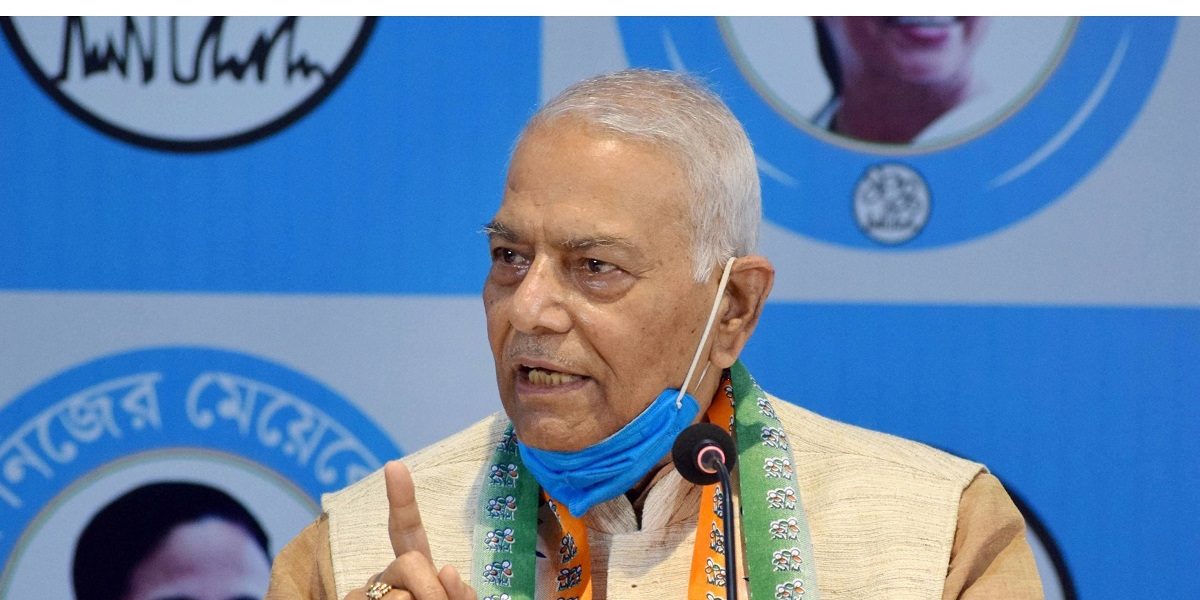 New Delhi: Yashwant Sinha’s decision to join the Trinamool Congress (TMC) ahead of the tightly-contested assembly polls in West Bengal may not be electorally crucial but is politically significant for various reasons.

Over the past few years, the former BJP Union minister has emerged as one of the most bitter critics of Prime Minister Narendra Modi’s leadership and the dominance of his personality cult in the saffron party. Sinha’s interventions have particularly been critical in the areas of foreign policy and political economy. In recent times, he has rallied behind the farmers’ protests against the three controversial farm laws, and has participated in multiple demonstrations across India.

In Bengal, though he hardly has any electoral support, Sinha’s move carries much symbolic value. His decision to join the TMC has come on the heels of a number of opposition parties extending their support to the TMC, which is locked in a notionally triangular but essentially bi-polar contest against the BJP in Bengal. Only recently, parties like the Samajwadi Party, Shiv Sena, Rashtriya Janata Dal, and Nationalist Congress Party lent their support to the TMC.

AIMIM’s Asaduddin Owaisi has indicated that he may not, after all, field candidates in Bengal. Owaisi’s decision will effectively help the TMC consolidate a large section of Muslim voters in the state.

Although these parties are not electorally significant in the state, their support for Banerjee has given her fight against the BJP a national colour. That the RJD and NCP went against their ally Congress to support Banerjee is a larger signal of the apathy that regional parties have come to harbour against the domineering BJP at the Centre.

In fact, while distinguishing between the Vajpayee-led BJP and that of Modi’s, Sinha made this precise point that the BJP wanted to crush all democratic forces to establish its autocracy. In that way, Sinha’s and other political parties’ support for Banerjee goes beyond the dynamics of assembly elections.

Explaining why he quit the BJP-led NDA, he told The Tribune, “There is a world of difference between the BJP of Atal Behari Vajpayee’s times and today’s. Atalji believed in consensus. Today, the party believes in crushing everyone. Atalji courted people, these people are capturing people. Atal Bihari ji’s coalition had Akali Dal in Punjab, Shiv Sena in Maharashtra, TDP in Andhra Pradesh, AIADMK and DMK at separate times in Tamil Nadu, BJD in Odisha, TMC in Bengal, AGP in Assam, JDU in Bihar. Atal ji formed a truly national coalition. He never believed in crushing parties and occupying the vacuum hence created.”

In a way, Sinha’s decision has given a further fillip to the notion that Banerjee could be the fulcrum around which opposition parties could build joint action against the BJP at the national level.

Ahead of the 2019 Lok Sabha polls, Banerjee had toured across India to drive home an electoral formula that only the party or an alliance which is in the best position to defeat the BJP should be supported as the primary opposition platform. This was at a time when the Congress was making efforts to project Rahul Gandhi as the prime ministerial face of a notional united opposition.

Thus, in Delhi, Banerjee supported the Aam Aadmi Party, while in Bihar she supported the RJD-Congress alliance. Similarly, she supported the Telangana Rashtra Samithi in Telangana and the NCP in Maharashtra. She was the first to advance the idea that opposition parties should bury their differences with the sole motto of defeating the BJP.

Of course, that formula did not take off to a great extent. The BJP registered its biggest ever victory in 2019, but Banerjee definitely emerged as one of the foremost critics of the Modi-led Centre.

Not only Banerjee, but her party MPs have also been the most vocal critics of government policies. If there is one party which has taken the BJP by its horns, it is the TMC. The party has been almost the first at every instance to criticise many of the policies initiated by the Centre.

Ahead of the assembly elections, Banerjee has put up a strong ideological fight against the BJP, slamming its politics of polarisation without mincing words.

The TMC deciding to directly associate with Sinha is a signal that its opposition to the BJP is not because of territorial rivalry but also one of foundational political differences, which Sinha has also come to embody. Irrespective of the electoral outcome, Sinha’s symbolic act will likely be seen as yet another push for a national opposition coalition.