With Kharge at the Helm, Can Congress Win Back the Support of Marginalised Groups?

As the grand old party has gradually lost its once-strong influence among Dalits and OBC voters, the remarkable symbolism of the rise of a Dalit Congress worker as the party head cannot be missed. 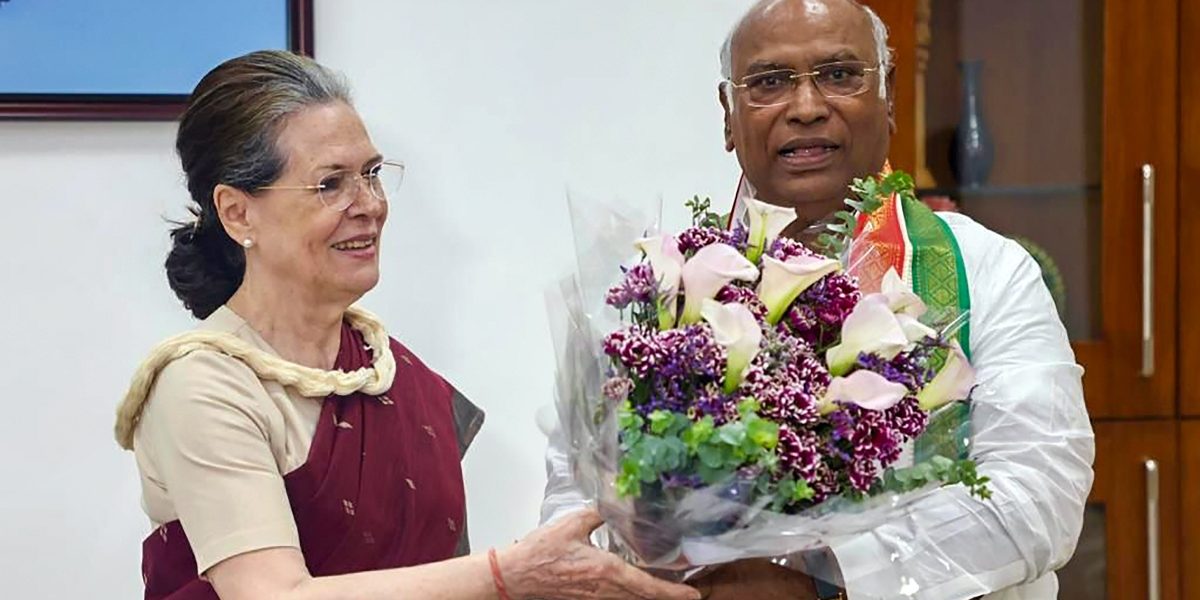 New Delhi: The newly-elected Congress president Mallikarjun Kharge’s elevation is being seen as significant signalling by the grand-old party towards the Dalit and other marginalised communities across India. Over the last few decades, the Congress has been gradually losing its once-strong influence among these communities to various regional and national outfits that were founded to represent Bahujan interests, primarily on an anti-Congress plank.

While Bahujan Samaj Party or socialist parties like the Rashtriya Janata Dal, Janata Dal (United), and Samajwadi Party grew at the cost of the Congress in the North, newer formations like the YSR Congress Party, Telangana Rashtra Samithi, Telugu Desam Party or Biju Janata Dal also strengthened themselves with the support of communities historically at the periphery of power politics.

More recently, the Narendra Modi-led Bharatiya Janata Party’s (BJP’s) repositioning from an upper castes-driven political force to an OBC-led organisation has helped the saffron party to not merely erode Congress’s support base but also those which had fought it to evolve as representatives of Bahujan interests.

Also read: Mallikarjun Kharge Is Wearing a Crown of Thorns but May Be Ideal To Lead the Congress

The distancing of these communities from the Congress was mostly attributed to two reasons – one, an independent political mobilisation over the last few decades by both Dalits and different OBC groups and; two, the Congress’s own transformation from a social force to a technocratic, reforms-oriented dispensation that virtually ruled out any substantive participation of marginalised communities in decision making.

The symbolism that comes with Kharge’s election to the top leader of the Congress, therefore, is a marked departure not only for the constituency that it wants to allure but also for the party itself.

The big question then is whether Kharge’s elevation can help Congress reclaim some of its territory?  Scholars who have been following Bahujan politics have a divided opinion.

“Until the 1970s, Congress was seen as a party of marginalised communities but under the leadership of social elites – an umbrella party in which Muslims, Dalits, and farming communities formed the crux of its support,” he says, adding that the party began to lose that character in the last four or five decades, forcing these groups to rebel against it and represent their own interests. 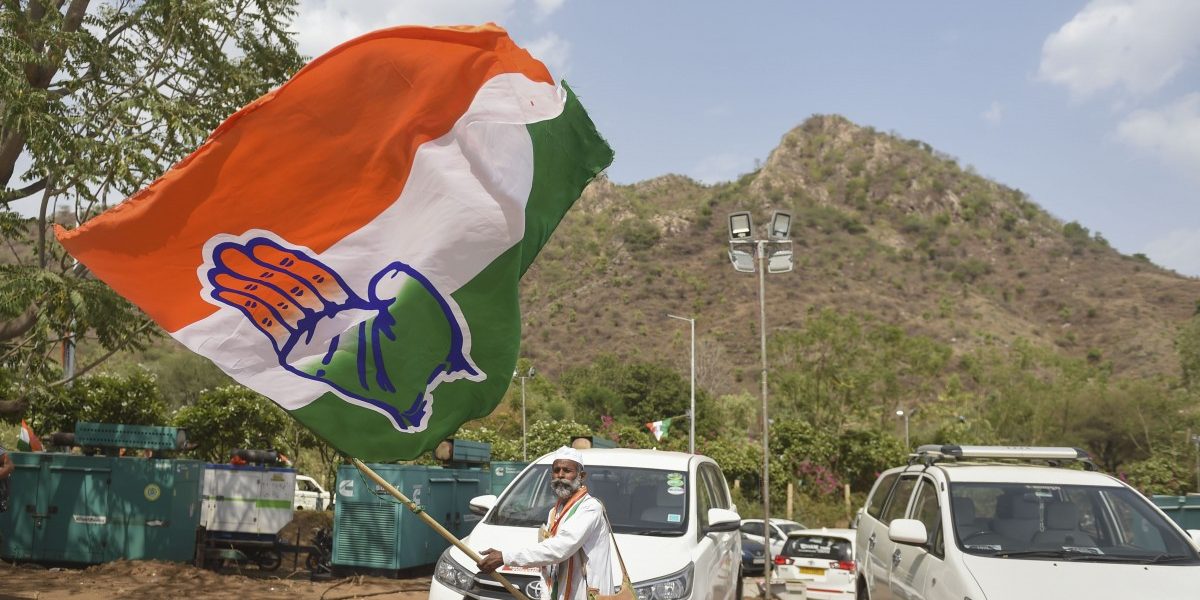 “Kharge’s appointment indicates that the party is going back to its core Nehruvian socialist politics – a trend that has shown signs of coming since the last few years,” he adds.

Wankhede recalls how a Dalit leader Charanjit Singh Channi was chosen by the Congress high command to lead its Punjab unit. “He failed but Congress doesn’t seem to be disheartened by it,” he says.

“Even in Rajasthan and Chhattisgarh, the Congress governments are now led by OBC leaders. In other state units, it has been gradually nominating leaders from marginalised communities to top positions. Kharge’s elevation, thus, is a culmination of such a political strategy,” the political scientist says.

“It appears that the Congress wants people to feel that the party is willing to democratise its organisation not only at the grassroots but also at the top level,” he says.

But Karnataka-based political observer Shivasundar thinks that mere symbolism may not work positively for the Congress. “Kharge was the best bet for internal cohesion for the party. But its revival as a viable political force, especially among the marginalised communities, demands a complete metamorphosis of the party both politically and organisationally.”

The Congress, he says, is “inherently incapable” of such a reimagination because of its proclivity towards privileged classes and dominant caste groups.

“That Kharge was the home minister of Karnataka when the Kambalapalli Dalit massacre in 2000 happened in Kolar district is one illustration of how mere political symbolism doesn’t add up to the transformation of a party,” Shivasundar adds.

Uttar Pradesh-based analyst and political scientist Badri Narayan, too, doesn’t think that Kharge’s elevation can help Congress’s electoral prospects. “Perhaps, it may reap some benefits in the South but not so much in the North,” he says.

“Dalits are already divided into three groups. One that sides with parties like the Bahujan Samaj Party, and the other that has espoused the saffron fold. There is this third group which votes for a political party based on local factors. Congress may gain in the third group but that may not be enough,” he says, adding that “mere symbolism doesn’t translate into substantial political gains in absence of dogged political groundwork.”

“The Congress is still bearing the brunt of the losses that it had had to incur by not choosing Jagjivan Ram, the only other Dalit party president in 50 years, as the prime minister. Dalits have many other options now. It isn’t easy for the Congress anymore,” he says.

Challenges ahead for the new president

Although Kharge’s elevation does appear to be a visible shift in Congress’s political strategy, the road ahead definitely won’t be easy for the octogenarian leader.

To begin with, he may have to take into confidence his own Dalit counterparts in Karnataka. Kharge belongs to the Holeya community which is clubbed as the “right-hand” Dalits and shares an inimical relationship with “left-hand” groups comprising the Madigas. In the 2019 Lok Sabha polls, Kharge lost his first election since 1972 and that was attributed to the Madigas and other Dalit groups like Lambanis and Bhovi deserting Kharge in favour of the BJP.

Also read: No One in Congress Should Be Allowed to Disturb the New Chain of Command

The inimical relationship between the “right-hand” and “left-hand” groups – at one point both Congress supporters – is Congress’s own making. Heeding to the demand by some Dalit groups that certain sub-caste groups among Dalits should be given internal reservation from the 15% Scheduled Castes quota because their conditions were worst than some other Dalits, the 2005 Congress-Janata Dal (Secular) government led by Dharam Singh appointed the A.J Sadashiva Commission to look into its possibility. In 2012, the Sadashiva commission recommended an internal quota. The matter lingered on and went to courts but successive Congress governments haven’t dared to implement the report or even struggled to enforce it, fearing that the move may offend other sub-castes among the Dalits.

The failure of the Siddaramaiah-led Congress government to implement the Sadashiva Commission report estranged many Dalits groups who switched their loyalty in favour of the BJP. The BJP governments, too, have stayed away from its implementation, something which requires a constitutional amendment to Article 341 for the state assemblies to enforce it. However, their governments, both at the Centre and the states, have attempted to address their demand for better political representation for these groups in their tenures.

Kharge belongs to the “right hand” group that is alleged to have benefited more from the reservation system than others, and now will face the task to unite the Dalit community of his own state under the Congress umbrella.

Similarly, in the North in states like Punjab, UP, or Bihar, other parties have weaned multiple Dalit sub-castes away from the Congress but because of one or other reason. At the moment, the BJP is the primary party that has successfully taken most of these dissident groups among Dalits in its fold, in the process damaging not only the Congress but also parties like the BSP. Within a broader talk of Hindutva, the saffron party has taken care to represent these Dalit groups at all levels.

To be sure, the Congress president is up against a Herculean challenge. Kharge’s elevation doesn’t in any significant way address political complexities. However, it may as well kickstart a churning and process that the Congress had hitherto been reluctant to address.