With an Opposition Inactive for 5 Years, It Was the Farmers' Protests That Swung West UP

Uttar Pradesh didn't even have an opposition until now. Today, at least, there is a strong opposition, albeit one that the people have created on their own. The Uttar Pradesh election results may seem like a dampener to anyone invested in the historic, year-long farmers’ movement at Delhi’s borders, which concluded on December 11, 2021. Bharatiya Janata Party (BJP) supporters are going overboard in trying to undermine the effects of the movement, claiming that it did not affect the party’s performance in the Uttar Pradesh election. This claim, however, needs closer inspection.

In Western Uttar Pradesh, the farmers’ movement was primarily concentrated and found the bulk of its support in four Jat-dominated districts in the sugarcane belt – Muzaffarnagar, Shamli, Baghpat and, to a lesser extent, Meerut.

Together, these districts account for 19 seats. Of these 19, the BJP won only six and of these six seats, three (Meerut South, Meerut Cantonment and Muzaffarnagar) are largely urban seats, where the impact of the farmers’ movement was minimal.

Of the other three seats, in the Baraut seat in Baghpat district, the BJP beat the Rashtriya Lok Dal (RLD) by the narrow margin of around 200 votes. One could also put this down to poor candidate selection, given that the RLD’s choice for the seat, Jaiveer Singh Tomar, was a surprise choice to many, as that he was not a particularly known face in the region.

Also read: The BJP Will Be a Loser, Even if it Wins Uttar Pradesh

The BJP saw a meteoric rise in Western Uttar Pradesh after the 2013 riots in the Muzaffarnagar and Shamli districts.

The ensuing polarisation tore through the social fabric of the region and the once powerful RLD and Bahujan Samaj Party (BSP) strongholds shifted to the BJP. The impact on the electoral politics was so deep and lasted so long that according to a Centre for the Study of Developing Societies (CSDS) survey, over 90% of Jats voted for the BJP in 2019 general elections. Even the once-powerful Bhartiya Kisan Union (BKU) split on religious lines.

However, the farmers’ movement reversed some of these trends. The BJP saw a near total washout in the recently-concluded assembly elections in the two districts that were most affected by the sectarian violence of 2013.

In Muzaffarnagar, it lost five out of six seats, winning only the urban seat. In Shamli, the BJP saw a complete washout, where it lost all three seats. In Meerut, too, it won only three of seven seats. 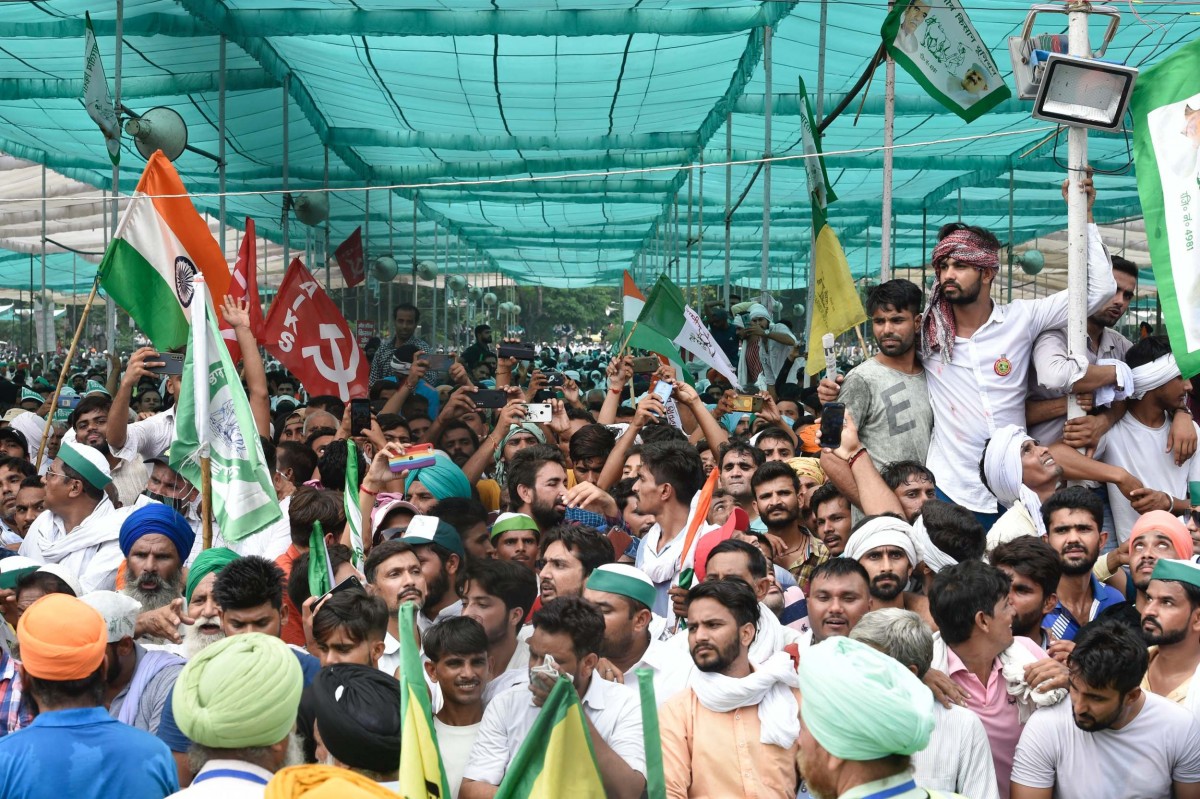 Sangeet Som (who contested from Sardhana in Meerut), Suresh Rana (from Thana Bhawan in Shamli ), Umesh Malik (from Budhana in Muzaffarnagar), Mriganka Singh (daughter of the late Babu Hukum Singh, who contested from Kairana in Shamli), all of whom were among the key accused in the 2013 riots, lost by fairly convincing margins of at least 10,000 votes.

If there is one conclusion to be derived by this result, it is that genuine people’s movements on people’s issues can reverse polarising trends. And that is what can eventually defeat the BJP, or the ruling classes in general.

This becomes even more evident when one sees that while (mainly Jat) farmers from large parts of the sugarcane belt organically mobilised themselves for the movement, a similarly resounding response was not visible in the potato belt of Western Uttar Pradesh. This includes districts like Agra, Aligarh, Mathura and the like.

The Bharatiya Kisan Union and RLD leadership did not make enough of an effort to mobilise farmers from outside the sugarcane growing regions of the Jat belt in the run-up to the elections and the results are for all to see. Moreover, hardly any efforts were made to reach out to non-Jat agrarian castes like Gujjars, Sainis and so on.

Secondly, efforts to mobilise farmers outside of Western Uttar Pradesh were made much too late. It was only after the shocking incident at Lakhimpur Kheri on October 3 last year, when Ajay ‘Teni’ Mishra’s son Ashish allegedly ran over protesting farmers, that the aandolan began to see ripple effects in eastern Uttar Pradesh as well.

However, just as Panchayats began to be organised by Kisan unions in Eastern Uttar Pradesh, the BJP Union government repealed the three farm laws, effectively putting an end to the movement.

Finally, the main opposition party in Uttar Pradesh, the Samajwadi Party (SP), ostensibly snoozed for five years and simply did not play the opposition’s role. Party chief Akhilesh Yadav and other SP leaders were never seen among the people, even during the farmers’ movement.

Even during the coronavirus pandemic, when scores of workers from Uttar Pradesh walked hundreds of kilometres to get back to their villages and townships; even when thousands of bodies were floating in Ganga, Yadav and his party’s leadership were not seen doing any serious relief work among the people.

In spite of their inaction, their vote share has increased by roughly 10%. Clearly, there was discontentment on the ground on issues ranging from unemployment, inflation, stray cattle and more. Votes don’t come for free and if the main opposition party is not actively trying to consolidate anger on the ground, then there can be no real challenged posed to the powers that be.

Uttar Pradesh didn’t even have an opposition until now. Today, at least, there is a strong opposition, albeit one that the people have created on their own.

Launching yourself in action just four months before an election and hoping some clever social engineering will hurl you through simply is not enough.

Nakul Singh Sawhney is a filmmaker. His films include the critically acclaimed  Izzatnagari ki Asabhya Betiyaan, on crimes and killings in the name of honour, and Muzaffarnagar Baqi Hai, on the 2013 Muzaffarnagar communal violence.