Will Not Allow Anyone to Lose Citizenship Due to NRC, CAB: Mamata Banerjee

She had last week termed her fight against CAB and NRC as "second war of Independence". 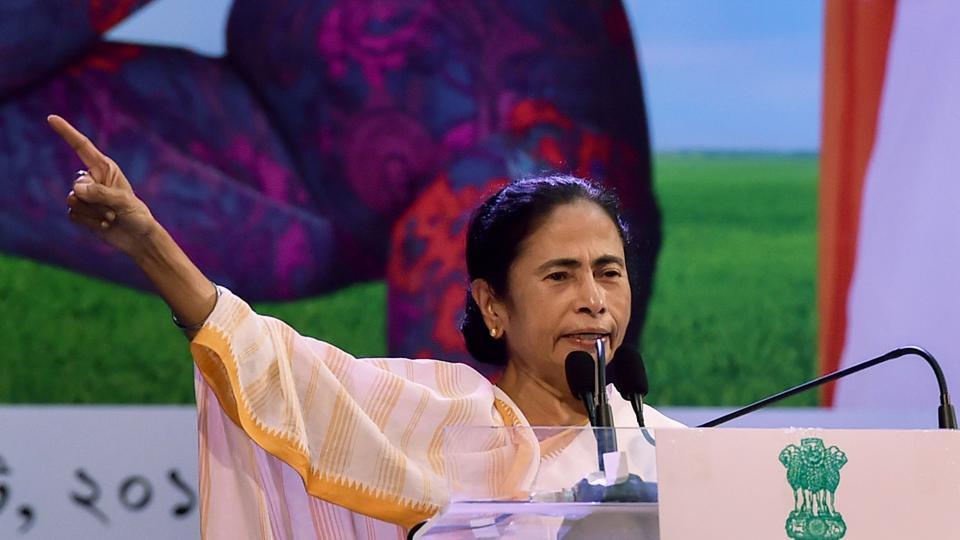 Kharagpur: On the day home minister Amit Shah tabled the Citizenship (Amendment) Bill in Lok Sabha, West Bengal chief minister Mamata Banerjee gave a clarion call to oppose the “divisive” bill “at any cost”, and said not a single citizen of the country will be allowed to turn into a refugee.

Assuring that the NRC and CAB will never be allowed in Bengal as long as the TMC is in power, Banerjee said the register of citizens and the new legislation are two sides of a coin.

Her comments come on a day when Shah, after introducing the bill in Lok Sabha said, it is not against minorities but against infiltrators.

“We will not allow anyone to deport any person from the country. There will be no NRC and no division. There can’t be a divide and rule policy; nothing is bigger than the country. People can have big political slogans but the country should not suffer due to it,” Banerjee said.

“It’s a divisive bill and shall be opposed at any cost,” she added.

Claiming that at least 30 people have committed suicide in the state due to panic over National Register of Citizens (NRC) being implemented here in the wake of publication of citizens register in the neighbouring state of Assam, Banerjee said in a secular country like India, citizenship can never be accorded on the basis of religion.

“There is no need to worry about NRC and CAB. We will never ever allow it in Bengal. They can’t just throw out a legal citizen of this country or turn him/her a refugee,” the TMC supremo said while addressing a rally at Kharagpur- where her party won the recent by-polls.

“Not a single citizen of this country will turn a refugee. Some people are trying to create panic with their political rhetoric but let me make one thing very clear there will no NRC and CAB. You cannot implement NRC or CAB on the basis of caste and religion,” she said.

“The government can very well put a clause of the green citizenship card holder for those who are now coming to the country. But how come the government ask those who have been living in the country for the last five-six decades to leave the nation? Everybody who is living in this country is a legal citizen,” Banerjee said.

She had last week termed her fight against CAB and NRC as “second war of Independence”.

TMC has 22 members in Lok Sabha and 13 in Rajya Sabha.

Members of Hindu, Sikh, Buddhist, Jain, Parsi and Christian communities, who come from Afghanistan, Bangladesh or Pakistan facing persecution there, will not be treated as illegal immigrants but given Indian citizenship when the proposed amendments to the six-decade-old Citizenship Act come into effect.

According to the Citizenship (Amendment) Bill, 2019, the new law, however, will not be applicable in the Inner Line Permit (ILP) regime areas and those tribal regions which are governed under the Sixth Schedule of the Constitution.

“… In Assam, they have excluded 19 lakh people from the list in the name of NRC, out of which 14 lakhs are Hindus and Bengalis. First, the Centre should fulfil the basic needs of ‘Roti Kapra Makan‘ (food, clothing, and shelter). Don’t divide people. Don’t divide the country,” Banerjee said.

Wondering why was the Centre seeking so many documents as proof of citizenship, she said the BJP government is only interested in harassing the masses.

“We have brought in a new system where a person can have at least a non-subsidised digital ration card to prove his/her identity… in which a person may not avail ration but will have an identity card,” the CM said.

Reacting to Banerjee’s allegation, BJP state general secretary Sayantan Basu said she is worried as her minority vote bank might get affected if NRC is implemented.

Banerjee also took potshots at the central government over the steep rise in prices of onions.

“Prices of onions are skyrocketing but they are least bothered about it. The issue of price rise is the centre’s concern. We have taken steps to provide some relief by giving onion at a subsidised rate from ration shops. Why can’t the Centre take measures to control the price rise of the essentials?” she said.

“We have an agreement with NABARD. It is supposed to supply us 200 metric tonnes of onions. But, it delivered only 10 metric tonnes, and another 10 metric tonnes were rotten. We are still the only state which is giving a subsidy of Rs 50 per kg at almost 1,100 shops. The number will be increased from tomorrow,” the chief minister added.