An Attempt to Understand the Protest of Kashmiris

A report on Kashmir tries to understand the reasons behind the conflict, to recognise it as a political issue and to find democratic means to address it. 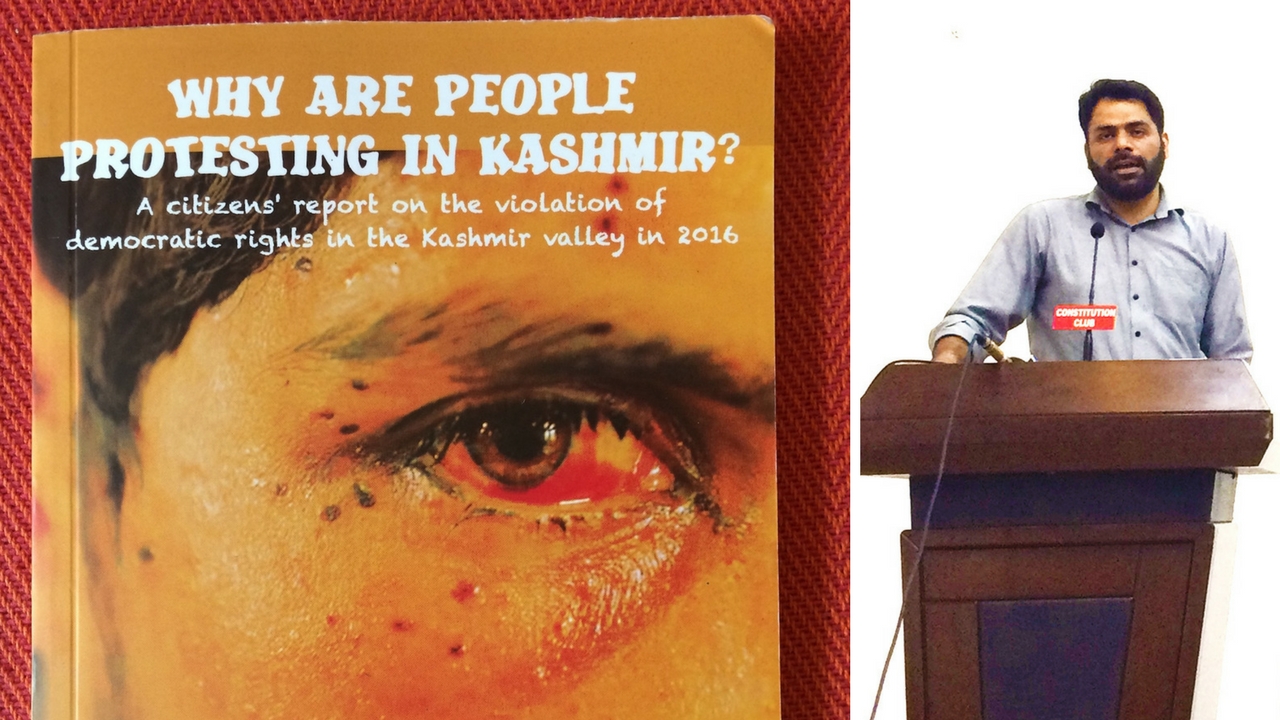 New Delhi: Why are people protesting in Kashmir? On Thursday, May 11, a group of  citizens who had travelled to Kashmir in November 2016 to document the situation in the Valley came together at a press conference to address this question.

The event saw the release of a report that was the product of their  visit, ‘Why are People Protesting in Kashmir?: A Citizen’s Report on the Violations of Democratic Rights in the Kashmir Valley in 2016’. It also brought together people in a discussion on the conditions in the Valley, aiming towards a better understanding of what Kashmiris actually want, the gruesome cycle of violence in the state and the Indian government’s reaction to the demands of the Kashmiri people. 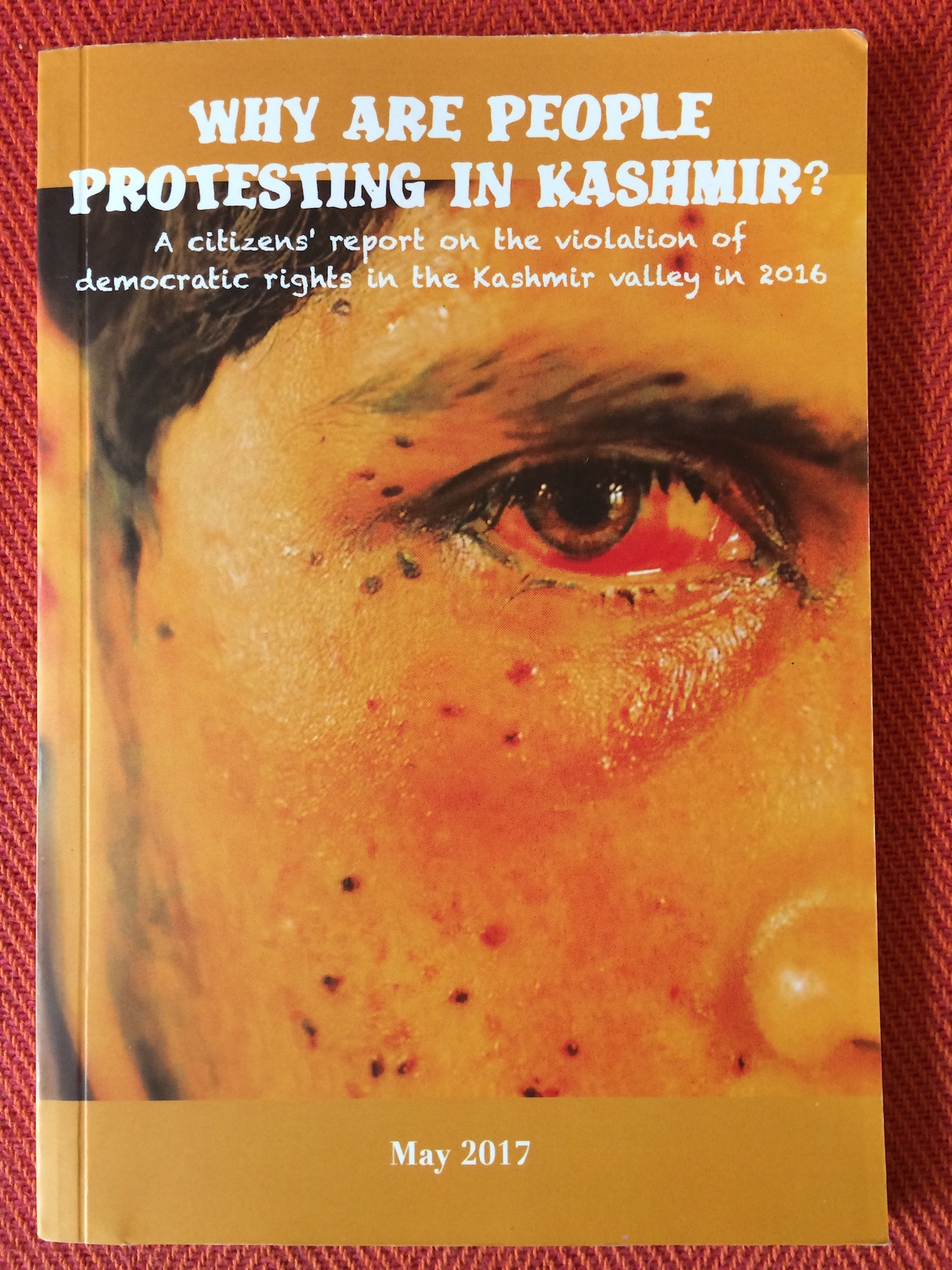 In his opening remarks, moderator Gautam Mody, a prominent trade unionist, examined the context that the discussion took place in. He recounted how 25 citizens from various groups visited Kashmir to speak with locals whose lives have been uprooted, who have been deprived of their rights and who have lost members of their family to the ongoing conflict. He said that the movement in Kashmir had gone from what was initially merely “passive support” for independence to an “active demand for the right to self-determination”. Mody also announced the demands of the citizens’ group – the release of prisoners, the repeal of AFSPA, the withdrawal of the army, and the beginning of a democratic, open and accountable dialogue by the Indian government. The group said it intends to travel across the country with its report and  address those parts of India where any discussion or understanding of Kashmir is absent and bring about awareness.

Social activist Kavita Krishnan emphasised the need to actually listen to the people of Kashmir, hear what they have to say and then create a healthy dialogue. She said the aim of the current BJP-led government is to keep the status quo intact in Kashmir so as to crush people’s protests, their spirit and make them forget their hope. She also said the political narrative is controlled by the government through their might and the military, and it continues to brush off protestors’ demands as Pakistan’s agenda.

Activist and filmmaker Sanjay Kak said the report has “grave import both in Kashmir and in India”. He said India had turned its back on Kashmir in the mid-1990s and that such a report was “too late” because “the people of Kashmir have consistently felt betrayed by Indian civil society”. Kak said the repeated usage of the word “self-determination” for Kashmiris in the report shows great achievement and progress.

Khurram Pervez, member of the Jammu and Kashmir Civil Society Coalition, who travelled to Delhi for the conference, also raised a few points. Pervez stated categorically that Kashmiris would never surrender in their movement for independence, not just because of the “historicity of the conflict but also the conduct of the government and the civil society groups”. He recounted how civil society groups had been insincere in their efforts and, under the veil of trying to begin dialogue, had tried to persuade Kashmiris to give up their protests and demand for azaadi. But Pervez said that the only reason that they would want any dialogue with the central government would be  to talk about independence. Pervez’s message is that Kashmiris would continue to fight for freedom, that they would use their resilience that they were so proud of to continue their battle and that they would do it without the help of Indian civil society. “Kashmiris remain hopeful and dream for the day that Kashmir will be free,” he said.

Senior lawyer Indira Jaisingh emphasised the importance of the constitution and the Supreme Court in battling the excesses of the legislature and the executive. She said that the apex court has in the past ruled that the AFSPA must act in consonance with civil administration, but she also admitted that the act has turned on its citizens. Despite that, she encouraged belief in the power of the constitution. Speaking to The Wire after the event, Jaisingh praised the report, saying, “I think that the report is important..it sets global benchmarks against which we can evaluate what is happening in Kashmir and it also brings home and reinforces the importance of fundamental rights in the constitution which also draw their own sustenance from global standards”.

Kak also discussed the report with The Wire saying, “This report is important because I think it finally represents the start of a real conversation in Indian civil society about Kashmir, and what is happening there. In my experience when Indians visit Kashmir and speak to people – not politicians, officials and paid up apparatchiks – they do understand what is going on. That is obvious in the report”. On being asked whether the report would be able to heal the wounds of the past, he says, “I do believe that any resolution of Kashmir can principally only be with the participation of Kashmiris. But the wider conversation must obviously include Indians too. The wounds of the past cannot be forgotten, but the histories have been intertwined for far too long to say that both people are unconnected, or have nothing to say to each other.”