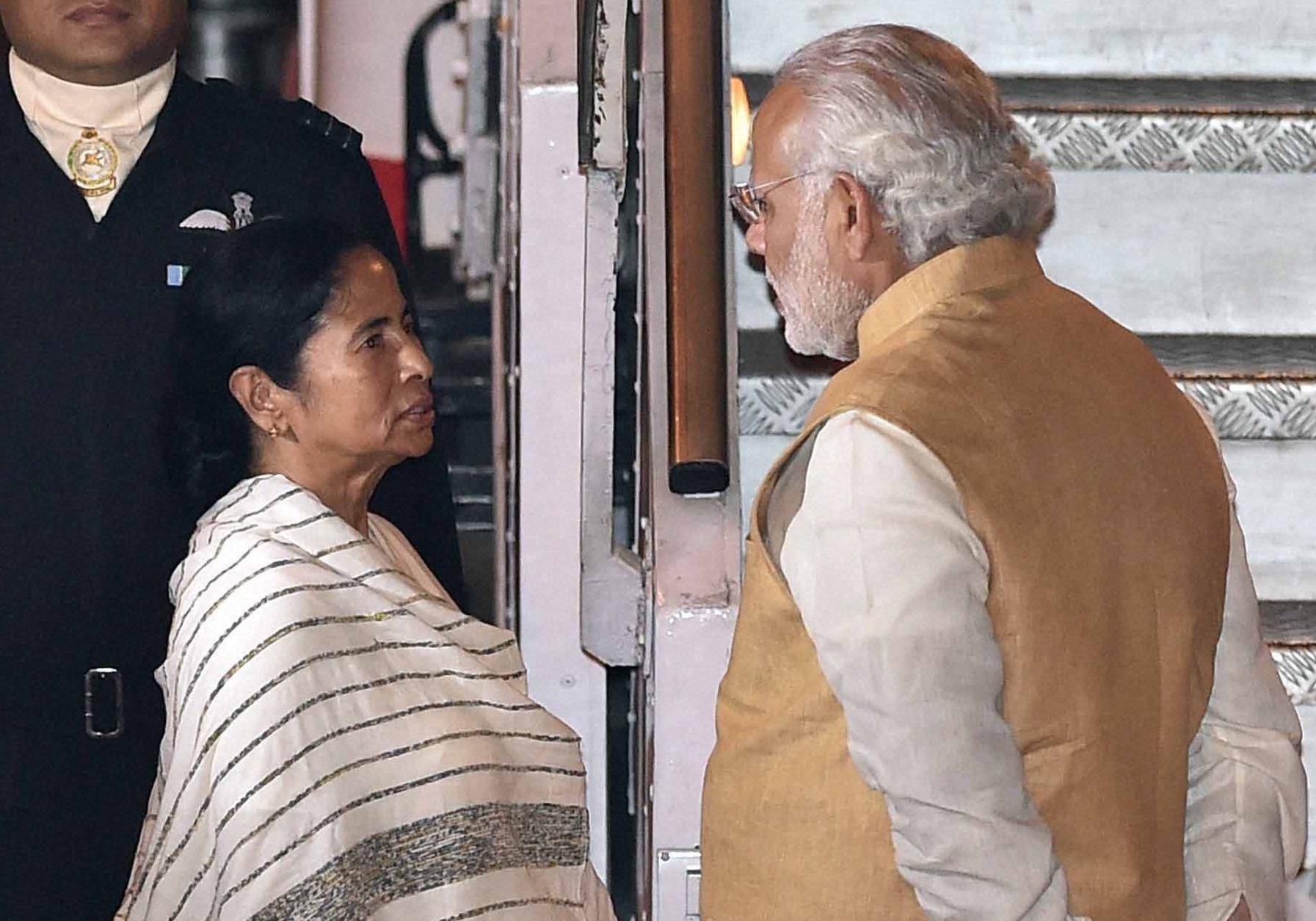 Rajat Roy
Politics
23/Feb/2016
Ahead of the budget, Finance Minister Arun Jaitley chaired a meeting with the empowered committee of state finance ministers on the Goods and Services Tax where Bengal’s Amit Mitra was unanimously elected head of the GST panel. By choosing  the GST ‘chief’ from the TMC – which has a good representation in Rajya Sabha – the Modi government has reduced the chance of a conflict with the party over the issue.  Also, in the last session in parliament, the TMC did not play a vocal role in opposing the BJP.

The overtures made by the BJP are being reciprocated by the Trinamool leadership. The TMC has remained silent on the JNU and Jadavpur issues. Chief minister Mamata Banerjee, when asked by the media about the issue, refused to respond. Moreover, when Saugata Roy, a senior MP from her party, came out openly in support of the Jadavpur University vice chancellor and made sarcastic comments about his BJP critics, Ray was promptly disciplined by the party’s secretary general, Partha Chatterjee for speaking in a way that not in conformity with the party line. Not only that, the TMC spared the BJP from more embarrassment in the state assembly as an opposition proposal to discuss the JNU and Jadavpur issues in the house was negated by the ruling party.

The opposition in Bengal – the Left and the Congress – believes these are all signs of  a ‘tacit understanding’  between the BJP and the TMC. At the same time, Mamata is also under pressure to keep her Muslim support plank intact. While she has stopped her customary tirade against the communal politics of BJP, she does not want to be seen with Modi even on official occasions. Thus, when the Prime Minister Modi made a brief visit to Kolkata on February 21 to take part in the centenary celebrations of the Gaudiya mission and math, the chief minister, though invited along with the state governor, skipped the event to avoid sharing a stage with the PM. She did not go to the airport to receive Modi, as is customary, but only went to see him off, and had a very brief meeting before he boarded his plane.  CPI(M) state secretary Suryakanta Mishra and state Congress president Adhir Ranjan Chowdhury alleged that the two parties have made a secret deal to help one another out.

Whatever the truth of this charge, the perception that the BJP is going soft on the ruling TMC is gaining ground. Jayprakash Majumdar, a state BJP leader, admits that this is a matter of concern for the state unit. He says the state BJP leaders are uneasy as they are feeling the heat from their cadres. “We are facing a lot of questions from our rank and file. But our central leaders assure us that we have got nothing to do with that. It is more on the part of TMC that they are showing leniency towards us for their own interest. It is not us wooing them, but the TMC that is trying to appease us,” explains Majumdar.

But the opposition points out other developments that are indicative of the existence of a tacit understanding between the two parties. Despite assuring the voters in Bengal that the CBI’s investigation into the Saradha chit fund scam would be pursued with full sincerity so that the culprits are brought to book, the probe has seemingly slowed down. Frustrated with the pace of the investigation, Congress leader Abdul Mannan and his lawyer, the CPIM’s Bikash Ranjan Bhattacharjee, the original petitioners in Saradha case, have decided to appeal to the Supreme Court to look into the progress of the case.
Earlier, during the municipal and panchayat elections, despite being requisitioned by the state election commissioner and frantic appeals by the state BJP leaders to Union home minister Rajnath Singh, the Centre did not send adequate paramilitary forces to ensure a free and fair poll.
This time around, the state BJP leaders are not convinced the Centre will do what it takes to bolster the morale of the Bengal party. One state BJP leader, who does not want to be identified, said, “The central leaders tell us that very soon something will be revealed to clear all doubts about the misconception of BJP-TMC nexus. So we are keeping our fingers crossed.”
On February 1, while meeting the state Congress leaders on the issue of a possible alliance with the Left in Bengal against the TMC,  Rahul Gandhi admitted that in the past many a times the state Congress’s interests were sacrificed at the altar of the ”national interest” of the party. While Rahul in particular, and the Congress high command in general, are ready to change their attitude towards their state unit, the BJP seems poised to emulate the Congress of the past.