The elevation of the former chief minister to the BJP's top decision-making body is both an attempt to address existing political anxiety in the region and also to cut Himanta Biswa Sarma down to size. 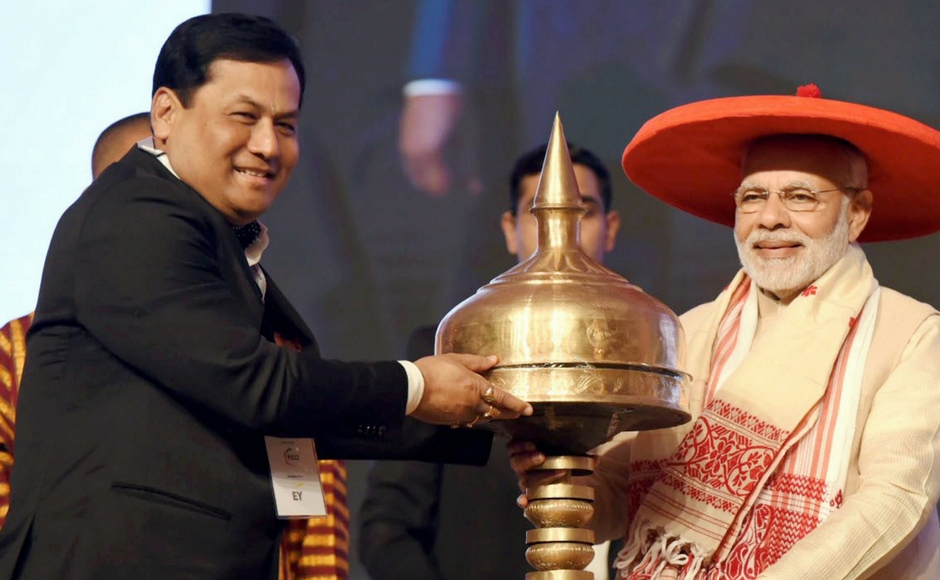 New Delhi: In an overhaul to its parliamentary board on Wednesday, August 17, the ruling Bharatiya Janata Party (BJP) brought in two new faces in the form of former Indian Police Service (IPS) officer Iqbal Singh Lalpura, first from the Sikh community to be in the party’s top decision-making body, and Sarbananda Sonowal, former Assam chief minister and first BJP leader from the northeast to join the ranks of the hallowed coterie.

While Iqbal Singh’s elevation to the apex body of the BJP must be beheld as a serious stocktaking of the party in view of its top leadership’s protracted anxiety over the Sikh community not quite taken in by Narendra Modi-led Hindutva brigade, Sonowal’s kick upstairs needs unpacking.

His has been a political trajectory from being chief minister unceremoniously removed in spite of a win to help satiate the political ambition of a senior minister from his cabinet to be accommodated somehow in Modi’s council of ministers. After all, several in his home state including this correspondent had written his political obituary in Assam’s state politics the day the BJP’s New Delhi leadership caved in to Himanta Biswa Sarma’s demand for the chief minister’s posit after the May 2019 elections. Sonowal himself, in his speech to the elected MLAs in Guwahati before announcing Sarma’s name for the chief minister’s position, nearly sang a swan song.

Significantly, the decision of the BJP to widen Sonowal’s ambit within the party has also come at a time when Sarma is flexing muscle – at least according to a section of media – projecting himself as the ‘go-to’ man of the Modi government’s number two, Amit Shah, when it comes to expanding the party’s footprints by toppling existing state governments (read rebel Shiv Sena MLAs getting cover in Guwahati and a Jharkhand Congress MLA’s recent accusation against Sarma trying to topple the Hemant Soren government).

The news about Sonowal’s membership has descended on Sarma when he is busy fashioning his political image beyond being Assam chief minister – riding on his veritable Superman image carefully built in a section of local and national media around COVID-19 management in the state as Sonowal’s health minister to become the only face of the BJP in the northeast.

But, importantly, as a member of the BJP parliamentary board, Sonowal too would now have more heft in the party’s election committee for approval of candidates for the 2024 parliamentary elections. It is interesting that this piece of news comes at a time when party members in Assam and the rest of the northeast have come to terms about making Sarma’s bidding alone to be on the candidates’ list – be it for the assembly polls or to parliament.

The August 17 decision, therefore, must be also read as New Delhi cutting short Sarma’s trip – sending out the message to him in no uncertain terms what it did to Sonowal too in 2016 – that the leadership wants two power centres in the state. 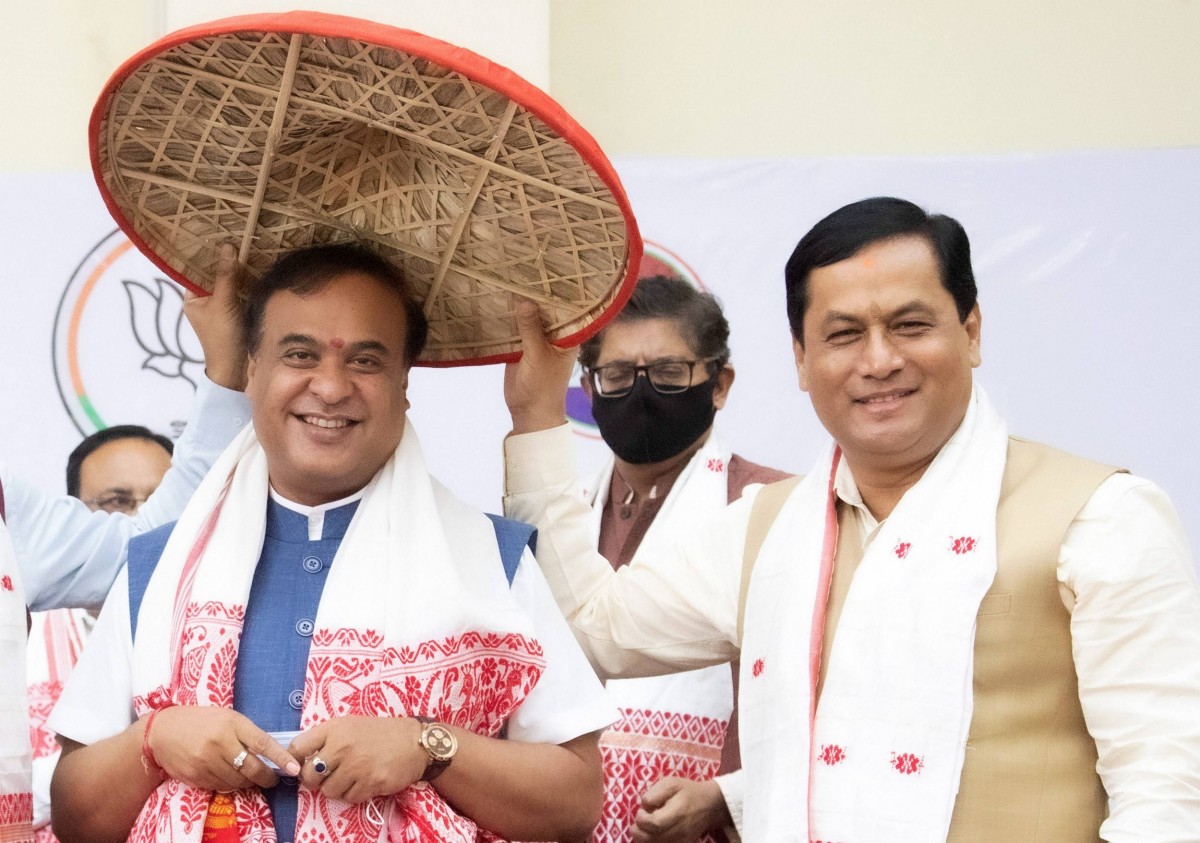 Let’s not overlook that had BJP’s top leadership since 2016 not allowed Sarma to be a power centre in Assam while Sonowal was the chief minister, he would not have had the influence needed to pull the carpet from under Sonowal’s feet in 2019. It is now Sarma’s turn to deal with it as the chief minister.

The BJP central leadership’s decision to remove Sonowal in 2019 – a tribal leader with a history of leading the powerful student body, the All Assam Students’ Union (AASU) – in favour of Sarma, the first Brahmin chief minister of the state, has not done much good to the party’s image across the northeast anyway.

The elevation of the janayu (a sacred-thread) clad leader from the Assamese Brahmin community, who also never loses a chance to flaunt it to gain political advantage with the Rashtriya Swayamsevak Sangh (RSS), has only helped firming up the Hindutva attribute of the BJP in several eyes across the region.

The August 17 decision of the BJP to resurrect Sonowal seems a course correction when seen from this perspective. A purported wrong done to the wider tribal population by brusquely plucking out a senior tribal leader from the chief minister’s chair in favour of a non-tribal one – a reason why Sarma could have never become the chief minister in his former party, the Congress.

A section within the ever-cautious RSS with an ear to the ground must have alerted Modi-Shah about this unsavoury development.

Since no move of this leadership of the BJP is without careful calculation, the choice in favour of Sonowal then must also be perceived from the prism of the crucial 2024 parliamentary elections when the BJP would be seeking an electoral hattrick under Modi.

Assam is the only state in the Northeast which has 14 Lok Sabha seats; the rest straddling between one and two seats, making up 25 seats (Sikkim including) in total. In other words, it is the only state where the BJP can hope to pick the largest cluster of wins at a go.

In the 2019 Lok Sabha elections, BJP had pocketed the highest ever seats in its political history in Assam – nine of the 10 seats it had contested, leaving the rest of the four to its allies which they failed to pick. BJP had bagged seven in 2014.

Amit Shah’s ‘Mission 25’ for the Northeast in those elections had earned 18 seats in total, 14 of them by BJP alone in the tribal-dominated region. The overhaul of the BJP parliamentary board has come days after the shift in Bihar which would likely affect its existing Lok Sabha tally.

It, therefore, needs a strategy to help pick seats where it hopes it can with a few tweaks. The resurrection of a seasoned tribal leader from the largest state of the northeast in terms of population, therefore, makes a lot of political sense.

Additionally, what must not be ignored is also the widely-held perception among the leaders from the rest of the northeast about Sonowal – as an affable, mild-mannered former student leader of an Assamese tribal community easy to interact with as against that of Sarma – as a shrewd, domineering, demanding and aggressive Assamese caste Hindu politician trained yet another shrewd seasoned Congress leader Ahmed Patel.

The general perception about Sarma is that he will have the final say. In that way, Sarma is an embodiment of the Assamese caste Hindu hegemonic face that the rest of the northeast has historically not approved of.

The perception that Sonowal as a parliamentary board member from the Northeast would be more accommodative to the wishes of the other north-eastern state leaders and less forceful must have arrived as good news to several within the region on August 17.

Lastly, with Modi famously known within Assam’s party ranks to have a soft corner for a gentle-natured Sonowal, his elevation within the organisational set-up must also be comprehended as the Prime Minister finally able to assert himself to his number two when it came to picking between Sonowal and Sarma.