Why Prakash Ambedkar Must Ally With Congress and NCP

The Vanchit Bahujan Aghadi has all the potential to emerge as a political force in the future, but the immediate goal should be to unseat the BJP and Shiv Sena.

Since the inception of the ‘Vanchit Bahujan Aghadi’ (VBA) in Maharashtra, there has been a buzz about the revival of Dalit politics.

The VBA’s leader, Prakash Ambedkar, is a veteran politician who has been marginalised as “local Dalit leader”. He lost the previous two Lok Sabha elections from Akola and until the last assembly election, his party, the Bharipa Bahujan Mahasangh, had only a feeble presence in the state.

However, the prospects of Dalit politics have improved considerably. Ambedkar has injected a lot of energy to galvanise the Dalit political movement in Maharashtra. Since the beginning of the BJP’s regime at the Centre, he has evolved into a bold and militant leader of the Dalits and other marginalised groups, consistently voicing their concerns.

Prakash Ambedkar’s political credentials were groomed by his effective civil society activism, popular political mobilisation and innovative social engineering. He has remained a harsh critic of the Rashtritya Swayamsevak Sangh (RSS), reprimanding it for being violent, anti-Dalit and unconstitutional.

Interestingly, he also moved away from the traditional format of Dalit politics to raise concerns about the concerns of the Muslim community. After promising to build a Dalit-Muslim solidarity for the 2019 general elections, Ambedkar allied with the AIMIM and its leader, Asaduddin Owaisi. These are courageous acts, especially when three powerful right-wing parties (the BJP, Shiv Sena and the MNS) dominate Maharashtra’s political landscape.

Ambedkar’s alternative also relies on social engineering. Maharashtra’s politics has historically been dominated by social elites, especially by the Marathas of western Maharashtra. The Congress and the NCP were seen as parties dominated by the landed Maratha elites, while other caste groups played a peripheral role.

The BJP-Shiv Sena alliance challenged the Maratha domination, but projected itself as supporting the non-Maratha elite castes.

Both the alliances, however, categorically neglected the Dalits, Adivasis, poor farming communities and Muslims. These marginalised groups comprise more than 40% of Maharashtra’s population, but remained disempowered.

Noticing this vacuum, Ambedkar has attempted to mobilise the ‘vanchit’ (neglected) to build his political organisation.

Also Read: Prakash Ambedkar and the Future of Dalit Politics in Maharashtra

The VBA is still a political experiment today, but its ability to mobilise people is impressive. A public meeting held recently in Mumbai’s Shivaji Park is said to have attracted more people than the one addressed by Uddhav Thackeray. Its meetings in Kolhapur, Nagpur and Baramati also attracted huge crowds.

These developments make it apparent that the Dalit, Muslim and other marginalised communities are looking towards a new political alternative, one that espouses independent assertion. 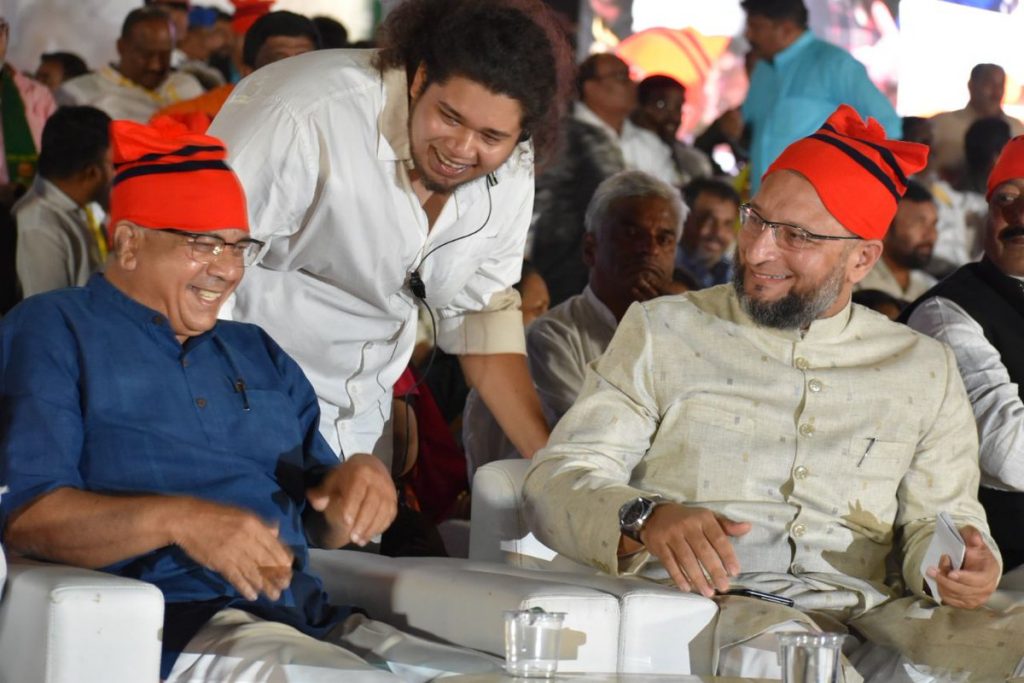 However doubts were also raised about the VBA’s capacity to defeat the powerful BJP-Shiv Sena alliance. It is argued that if the VBA contests the upcoming general elections independently, it will fracture the secular votes, helping the BJP-Shiv Sena combine to emerge victorious. Within some social circles, it is often suggested that the VBA should ally with the Congress-NCP combine to defeat the right-wing forces comprehensively.

Prakash Ambedkar, in the recent past, has shown an inclination to join the Congress-led Maha-Aghadi (grand alliance), on two conditions. He has asked for 12 Lok Sabha seats and an action plan in the Congress’s election manifesto to bring the RSS within the constitution’s framework. The Congress and its allies may agree to the second demand, but it is unlikely that the VBA’s seat sharing formula will be accepted. The bigger parties may offer only four-six Lok Sabha seats.

There is a growing expectation that an agreement will soon be reached between these parties. However, the national parties should not undermine the capacity and calibre of the VBA. The VBA, on the other hand, should also contemplate a political compromise in defence of secularism and social justice.

If the VBA forms an alliance with the Congress and wins the seats it contests, it will reestablish the Dalits and other marginalised communities as important political players. It will emerge as a regional political force and gain crucial bargaining power in next year’s assembly elections.

The VBA has all the potential to emerge as an independent political actor or a third front in Maharashtra. However, the current context is not appropriate for such an experiment. The crude hegemony of the right-wing forces is evident. There is an absolute need to protect the marginalised communities from such oppressive regime. If these forces return to power, the threat is not just to marginalised communities, but also constitutional democracy.

Therefore, the responsibility to defeat the BJP-Shiv Sena in Maharashtra should be equally owned by the progressive and secular forces. Allying with the NCP-Congress, is therefore, crucial for the VBA today.