Why Kanhaiya Kumar May Have the Edge in Begusarai Today

Those who are looking at the election in Begusarai only from the angle of caste and religion may fail to understand the ground reality. Ideology has traditionally been a key factor here and remains so. CPI candidate Kanhaiya Kumar on the campaign trail at Begusarai. Credit: The Wire 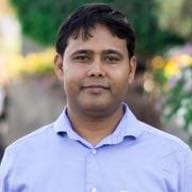 The Begusarai parliamentary constituency has a distinct and prominent presence on the political map of the state. Unlike other parts of Bihar and India, the district has by and large witnessed healthy politics based on ideology rather than identity.

Since independence, politics in Begusarai has revolved around two prominent political ideologies – communism and nationalism. Interestingly, both ideologies have their support base cutting across caste, religion and assembly segments. The communist ideology has been represented by both the Communist Party of India (CPI) in the initial decades after independence, then the Communist Party of India (Marxist) CPI(M) and later, again by the CPI, whereas the flag of nationalism was in the hands of the Congress till 1999, the year the party lost relevance in the politics of the state. Over time, the Bharatiya Janata Party (BJP) has taken over the void created by the absence of the Congress party.

A section of Muslims, who were traditional supporters of the Congress and who could not associate with the BJP or the CPI, created an opportunity for regional parties like the Rashtriya Janata Dal (RJD) of Lalu Yadav, Janata Dal (United) (JDU) of Nitish Kumar and the Lok Janashakti Party (LJP) of Ramvilas Paswan to make inroads into the politics of Begusarai and they too were successful in creating a support base. Since then, the politics of Begusarai has acquired the hues of casteism and religion, but communism and nationalism have continued to prevail and play a major role in all electoral battles.

If we talk about the caste demography of this parliamentary constituency, upper caste Bhumihars are the largest group, Muslims a distant second, followed by Yadavs, Kurmis and then Kushwahas, Mallahs, Brahmins, Dhanuks, and some other EBC and SC castes. The Bhumihar are very active in politics, and most of the prominent leaders across parties come from this caste. With few exceptions, all the MPs selected from here – the erstwhile Begusarai and Balia parliamentary constituencies (whose five assembly constituencies now come under Begusarai) and the current constituency of Begusarai into which Balia was subsumed in 2008 – have been Bhumihar.

Hence, while using Begusarai’s electoral past to predict the outcome for 2019,  the results of the erstwhile Balia constituency are highly relevant. Let’s briefly review how Balia voted before the 2008 delimitation  and then examine the two Lok Sabha elections held in 2009 and 2014 in the present-day Begusarai parliamentary constituency.

The erstwhile Balia parliamentary constituency, created in 1977, used to be a stronghold of the Communists. Out of a total of nine parliamentary election held in Balia, the CPI won 4. For the remaining five elections, the seat was won by five different parties, and most of these five times, the CPI came in second.

As per historic results, therefore, it is the CPI which has traditionally been strong with cadre-based support across Begusarai district and the current Begusarai parliamentary constituency. Indeed, that is why it used to be called the ‘Leningrad of Bihar’.

Post delimitation, only two parliamentary elections have been held in Begusarai. Let us try to understand these two elections in the context of the 2019 election.

In 2009, in an election marked by a low voter turnout of just 48%, the JDU’s Monazir Hasan won as the NDA candidate by a margin of 40,837 votes. The other main candidates were ex-MP Shatrughan Prasad Singh of the CPI, Anil Chaudhary of the LJP, Amitha Bhushan fromthe  INC and Narendra Kumar Singh, the then independent MLA from Matihani, as an independent candidate.

Monazir Hasan got just 2,05,680 votes, whereas the runner up, Shatrughan Prasad Singh, got 1,64,843 votes. Anil Chaudhary, Amitha Bhushan and Narendra Kumar Singh polled 1,21,786, 74,565 and 61,220 votes respectively. Except Monazir Hasan, all the major candidates were Bhumihar, and each one of them got sizable Bhumihar votes. As an NDA candidate, Monazir Hasan had also got considerable Bhumihar votes. Muslim voters. along with Kurmi, Kushwaha and some other EBC castes, had consolidated in favour of Monazir Hasan. But still his margin of victory was not so high.

What the 2014 result showed

In the 2014 parliamentary election, the JDU was not part of the NDA, and participation of the three major political forces in the state – the JDU, the BJP and the RJD – made the contest triangular in most  constituencies. In Begusarai, however, the JDU, which had won from here in 2009, didn’t field a candidate; rather it extended its support to the CPI, with whom it had an alliance in the parliamentary election. This is evidence that the JDU in itself is not a major political force in the constituency. 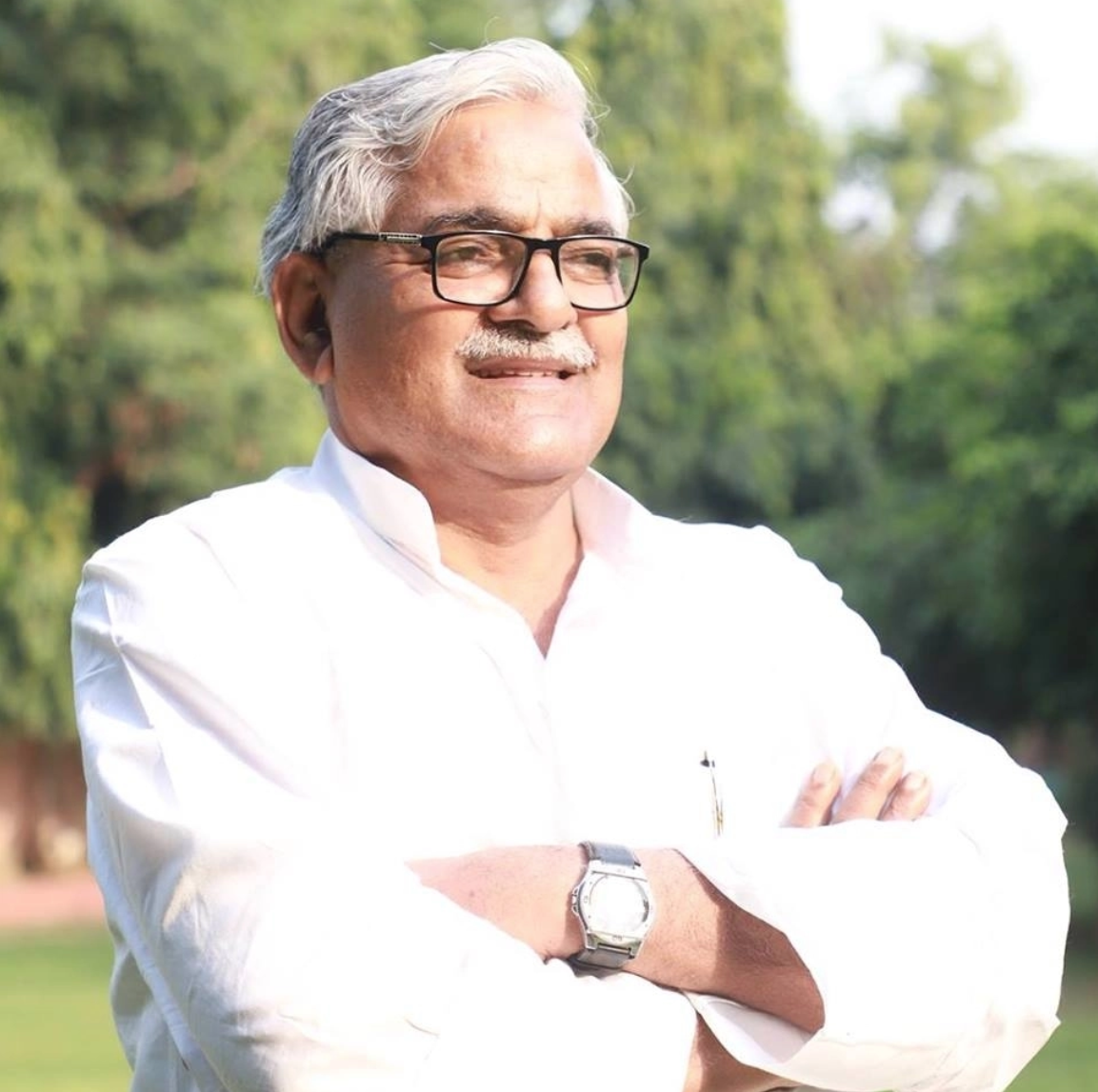 The major candidates were Bhola Singh of the BJP as the NDA candidate, Tanveer Hasan of the RJD and Rajendra Prasad Singh of the CPI. All three were new candidates. Narendra Kumar Singh, who has considerable support base among the Bhumihar voters in Matihani and had secured more than 60,000 votes in the 2009 parliamentary election, had joined the JDU and so did not contest the 2014 election.

The Lalu Prasad-led RJD, which was out of power in Bihar for a long time and was not able to counter the JDU- BJP alliance in Bihar, got its first opportunity in 2014 and put every effort to reestablish itself. Taking a clue from the 2009 parliamentary election results in Begusarai, it fielded a Muslim candidate whereas all other major candidates were Bhumihar. But this strategy didn’t work for it. Unlike 2009, in 2014, there was a strong sentiment in the country in support of the BJP and against the incumbent UPA government, and Bihar and Begusarai were not an exception. Compared to 2009, there was a much higher voter turnout. There was also Hindu vote consolidation, especially among the Bhumihars and a large section of the EBC and SC castes in favour of the BJP. On the other side there was a Muslim, Yadav vote consolidation in favour of the RJD, but this was not enough to defeat the BJP. The CPI slipped to third position, which means many of its traditional voters chose to vote for the BJP and the RJD on religious lines. The BJP won the seat with 4,28,227 votes. The RJD’s Tanveer Hassan polled 3,69,892 while the CPI got 1,92,639 votes. TheBJP’s  margin of victory – at 56,335 votes – was close to the 2009 margin.

Turning to the 2019 parliamentary election in Begusarai, the CPI has fielded its youth icon Kanhaiya Kumar, and he is working hard to re-energise the party cadre, which is present in all sections of the society across the parliamentary constituency.

The strategy of the BJP and the RJD is largely based on the 2009 and 2014 elections. The BJP, which is fielding Giriraj Singh, is continuing with its 2014 strategy of contesting on the plank of Hindutva to ensure a higher vote consolidation of the Bhumihar, Kurmi, most of the EBC and SC castes in the name of nationalism and the leadership of Narendra Modi, Nitish Kumar and Ram Vilas Paswan.

The RJD has decided to continue with the same strategy of fielding the lone Muslim candidate. It hopes Tanveer Hassan will ensure a Muslim-Yadav vote consolidation and get the party some more caste based support through its new alliance partners in the UPA.  The RJD also hopes that the Bhumihar vote gets divided between the BJP and the CPI. 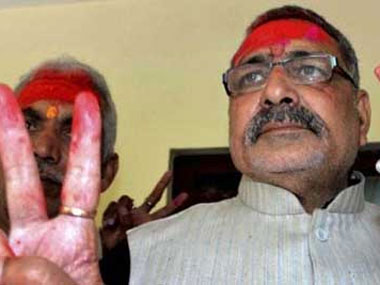 File photo of BJP leader Giriraj Singh. A minister of state in the Modi government, he is the party’s candidate for the 2019 Lok Sabha election from Begusarai. Credit: PTI

However, the situation at ground level is quite different from what prevailed in 2009 and 2014. Unlike 2009, there will not be too much of a division of the Bhumihar votes. The BJP has strong support among the upper caste group, and with the JDU and LJP on its side, it is trying to ensure the maximum possible votes of the Bhumihars.

At the same time, it’s also true that in comparison to both 2009 and 2014, the CPI seems to have energised much of its traditional support base – including among the Bhumihars – and should definitely get more of their support in 2019. It is also equally true that Muslims are not as firmly behind the RJD as they were in 2014. Many Muslims, especially the youths, have a feeling that it is only Kanhaiya Kumar who can defeat the BJP candidate. It seems that Kanhaiya Kumar has been able to win back a considerable part of the support base of the CPI which in 2014 had moved to the BJP and the RJD on communal lines.

With his humble and poor background, Kanhaiya Kumar is able to easily connect with the common man, and with each day of his campaign he is emerging stronger. He is finding support among the youths of every section of society. His prospects in this election depend a lot on how much he has been able to convince the electorate of his winnability.

Rahul Vats is an IT professional from Bihar.