More than the materiality of territory, it is the idea of India and the ideas of Indians that the government wants to manage and manipulate. It is for this reason that it must convince us that all is well. 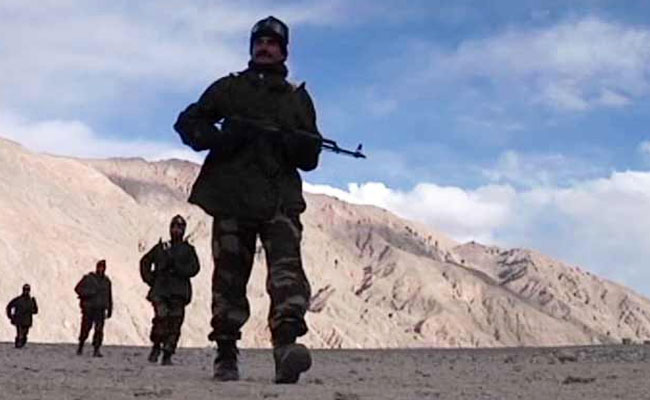 If well respected defence analysts are to be believed, China now controls part of Indian territory in Ladakh.

This may be as much as 60 square kilometres. The Army, the political executive, and darbari media channels initially refuted suggestions of infiltration. They kept telling us all is well. In the words of the Indian Army Chief reported on June 13, the situation is under control.

In a twist to the tale, the official Indian version went on to insist that a ‘disengagement’ was underway, having denied engagement in the first place.

In the midst of this so-called disengagement, we suddenly received tragic reports of the death of three army personnel in hand-to-hand combat on Indian soil.

That figure has since been revised to 20 casualties on the Indian side. We are being told by unidentified “sources” that the Chinese too have suffered 43 casualties, which is apparently meant to put the Indian figure in perspective.

The veneer of ‘control’ and one-upmanship is telling us something, beyond the obvious point that someone, somewhere is being parsimonious with the truth.

As a scholar with a longstanding interest in land, including territory, I decided to go past the blame game and look into the stance of the Indian state and its supporters. What is the message and motive behind ‘sab changa si’ – the claim that all is well?

It is important to note that territory is an ordering device. It is a technology of rule through which states define their borders, and themselves. Territorialisation decrees who belongs and who does not; who is to be kept out and how.

The recent political history of India can be read through the lens of territory.

The authorship of the February 2019 Pulwama attack on Indian soldiers remains unclear till date. Yet that attack within India’s borders propelled a supposed retaliation on Pakistani soil, which then suffused the ruling party’s election campaign. A muscular, Hindu nationalist leadership promised to snuff out the enemies of India from their dens—conveniently located in Pakistan. The slogan ‘ghar mein ghus ke mara’ was everywhere, including on election billboards.

Also read: Narendra Modi Knows War With Pakistan Is Not an Option

A strong, nationalist and in-control leadership was rewarded by an electorate the BJP managed to polarise. This leadership went on to further ‘secure’ India’s territory in subsequent measures. It ended Muslim-majority Kashmir’s longstanding autonomy with the stroke of a pen. It imprisoned Kashmiri elected representatives, and greatly increased the presence of the military in what is already the world’s most militarised region. From August 5, 2019, Kashmiris have lived and died under the world’s longest lockdown. For the state in Delhi, India must be one seamless territory. It cannot be ruffled by Kashmiri aspirations, or by conciliatory constitutional instruments such as Article 371, which other parts of the country get the benefit of.

Even as repression was deployed for territorial control in Kashmir, our ostensible large heartedness was to be used to open our borders to the particularly persecuted.

The Citizenship (Amendment) Act of December 2019 made provision for citizenship for religious minorities from the Muslim-majority states of Pakistan, Bangladesh and Afghanistan. That minorities from our neighbouring states of Sri Lanka, Nepal or Myanmar were not included is an act of territorial control. In the logic of the CAA, certain states are persecutors more than others, and some minority populations are persecuted more than others. Rohingya Muslims in Buddhist-majority Myanmar, or Pakistan’s Ahmadis do not deserve our sheltering largesse as we go about signalling the good and the bad, the wanted and unwanted.

The repeated infusing of Indian territory with the politics of a particular religious identity has led to an upsurge of resistance from those this process is aimed against – primarily Indian Muslims – as also ally groups such as Bahujan organisations, university students, activists, and other citizens who question the creeping authoritarian Hindu nationalisation of India.

From mid-December 2019 till mid-March 2020, many have asserted their right to India that is plural, democratic, secular, multi-religious and multi-cultural. That the Indian flag, and the claiming of public space such as roads around Shaheen Bagh Metro Station or Jaffrabad Metro Station, have become the symbols of this resistance is not a coincidence.

Territorial order and control draw on national emblems, and public space. Resistance to this order must also draw on the same canvas, re-inscribing it with an alternate, more inclusive meaning.

The questioning of the territorial order in-the-making via the anti-CAA protests has seen a backlash.

Many believe a state-supported pogrom was unleashed on a poor, Muslim-majority area of North East Delhi as punishment for resisting the designs of the state. Alongside, anti-CAA protesters, especially young Muslim women and men, and university students who led from the front, have been arrested and charged under extreme legislations like UAPA.

The Unlawful Activities (Prevention) Act is specifically aimed at activities that threaten the integrity and sovereignty of India. Peacefully protesting one’s government and the sort of India it seeks to build is now a threat to the nation-state. Seen from the eyes of the ruling dispensation, any questioning of its carefully crafted order may well come across as critique of the entire edifice.

While querulous minorities or students can be disciplined and punished, what of a virus that is spreading rapidly across India?

A regime that must control everything within its realm initially ordered its populace to come together in a show of strength. Indians were to beat back COVID-19 with the spectacular lighting of diyas, beating of thalis, and showering of health workers with petals from military aircraft. A suddenly announced lockdown was meant to shock and awe us, as also the coronavirus.

As it turns out, the virus couldn’t care less about the egos and tactics of authoritarians, as it particularly exposes the public health failures of countries controlled by strongmen.

Furthermore, the sight of millions of economic migrants pushed out of jobs and accommodation, walking back to their towns and villages as the economy shut down, has distressed and moved many. An economy in freefall makes matters worse. Even before COVID-19 hit, unemployment was at a 45-year high. Indicators of production, consumption and distribution will only get worse in the months and years to come.

A carefully crafted order, etched in the control of territory, populations and ideas, looks decidedly shaky in this moment. It is dealing with internal rebellion, a public health nightmare, and economic collapse.

Questionable foreign policy has brought it into dispute with several of its neighbours. At this very moment, India is involved in border disputes or active skirmishes with China, as also Nepal and Pakistan. This is not the ‘Ek Bharat, Shreshtha Bharat’ the rulers set out to build.

When the plot is threatening to unravel in general, what are 60 square kilometres of Himalayan territory? The reason the establishment sought to play down the Ladakh ingress by China was because a high-profile standoff or war with a militarily stronger, larger, non-Muslim nation will have few political dividends, and its cost will be high.

Irrespective of what is now unfolding on the border with China, the state must keep its focus on controlling its power and population within. More than the materiality of territory, it is the idea of India, and the ideas of Indians that it wants to manage and manipulate. It is for this reason that it has been trying to convince us that all is well.

The events of the last few days in Galwan, Ladakh will make it harder and harder to keep up this illusion. All is clearly not well, and it has not been for a while.