Who Paid for Modi's Chartered Flights as CM, Asks Congress (But Won't Say Who Foots Its Own Bills)

Between 2003 and 2007, Modi, as Gujarat CM, took about 100 chartered flights worth Rs 16 crore. But Congress leaders have not been transparent about their use of charters either. 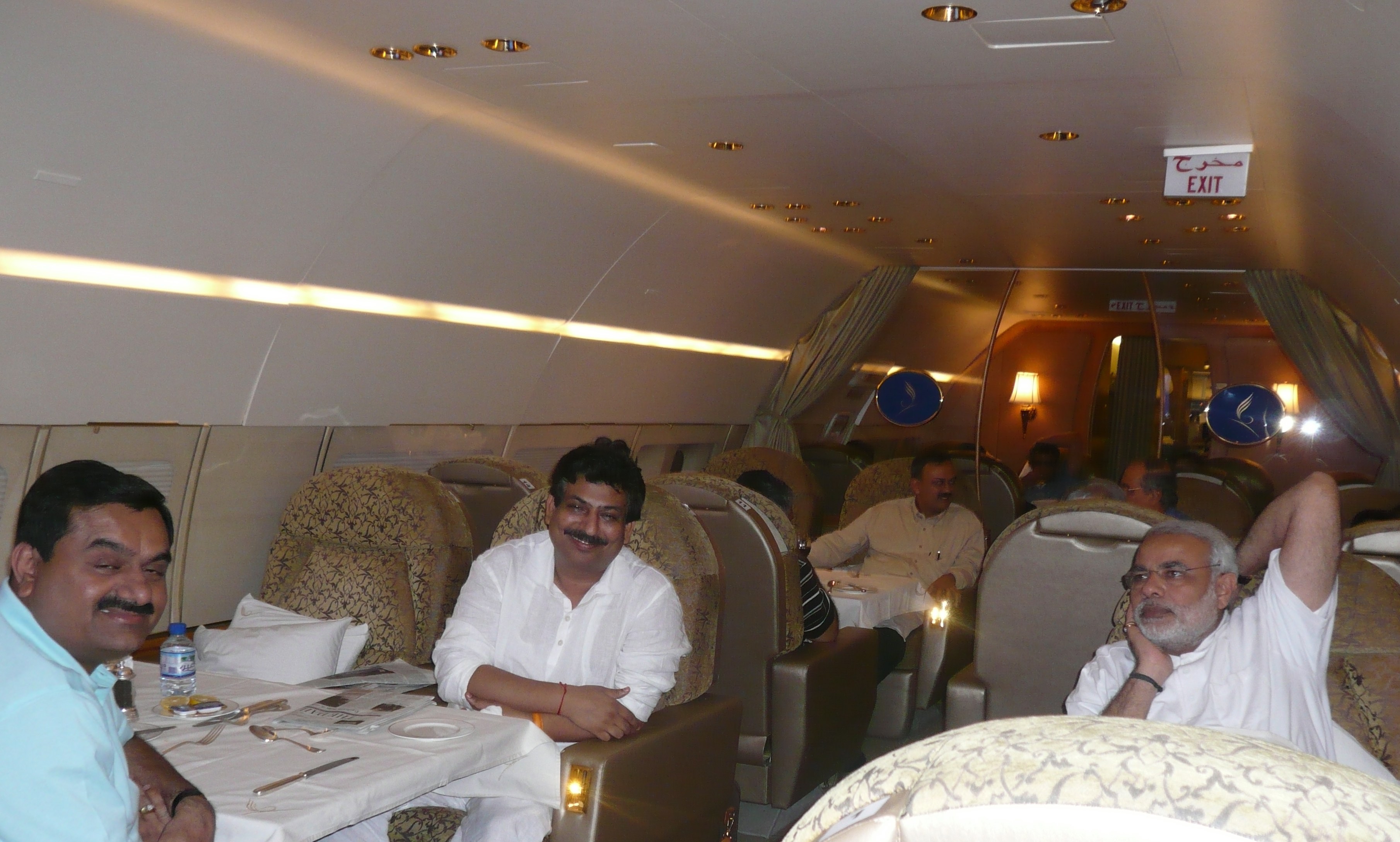 New Delhi: Hitting back at the BJP a day after the ruling party accused Sonia Gandhi’s son-in-law of flying to Switzerland on business class tickets provided by an absconding arms dealer, the Congress on Wednesday questioned the 100-odd chartered flights – both in the country and abroad – Prime Minister Narendra Modi took while he was chief minister of Gujarat, seeking to know who paid for these trips.

Congress spokesperson Abhishek Manu Singhvi said the estimated cost of this air travel was around Rs 16.56 crore and asked who had paid for this. He provided documents about Modi’s travels between 2003 and 2007 accessed through RTI applications by Congress leader Arjun Modhwadia.

Hinting that some corporate houses had sponsored Modi’s trips, Singhvi said that according to the RTI, Modi travelled to Switzerland (July 1, 2007), South Korea (June 16, 2007), Japan (April 15, 2007) and China (November 1, 2006) with some well-known industrialists and business tycoons. 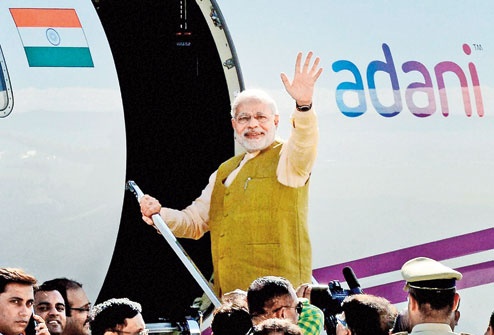 Modi waves while boarding the flight to Delhi at Ahmedabad airport on in May 2014. Credit: PTI

“The nation wants to know, we want to know, as to who paid for these chartered plane travels by Modi. No information has been furnished till date in response to an RTI query made in 2007,” Singhvi said.

Singhvi’s charge was the latest instalment in the ‘parivar war’ the Congress and BJP have been waging against each other ever since The Wire‘s story last week on the business affairs of BJP president Amit Shah’s son, Jay Shah.

However, as a Cobrapost investigation in December 2014 revealed, the Congress may not be best placed to demand such transparency from Modi and the BJP when its own leaders have made ample use of private chartered flights and been less than transparent about the payments involved. After providing exhaustive details of politicians from the Congress, BJP and other parties who had used private charter flights for campaigning and other purposes, Cobrapost said it:

[We] e-mailed the two major national parties, the Congress and the BJP, giving them a detailed list of their politicians who used chartered aircraft, listing details of the flights and asking who paid for the flights, their cost as per the invoice and the mode of payment? Neither of the parties replied.

The problem goes beyond the simple lack of disclosure because, as Cobrapost reported in a follow-up story, many charter companies accept payment in black.

Questioning allegations levelled by defence minister Nirmala Sitharaman against Robert Vadra on Tuesday for taking air tickets from middleman Sanjay Bhandari, Singhvi said these were based on partial and misleading leaks by the government to malign Vadra. He said this was an attempt to divert the media’s focus away from Jay Shah.

Singhvi said though the BJP government and defence ministry had themselves acquired planes through Bhandari,  Vadra was being questioned for alleged links to the middle-man dating back seven years.

He demanded to know how Bhandari had been allowed to flee the country in December 2016 while his passport had reportedly been impounded by the government in June that year. “Who helped Bhandari fly out of the country much like Vijay Mallya? It was not our government in 2016.”

Singhvi also waved a photograph of Bhandari with civil aviation minister Ashok Gajapathi Raju, and alleged that he (Bhandari) was close to BJP leaders.

The BJP had on Tuesday asked the Congress to explain the alleged links between Vadra and arms dealer Bhandari.

Reacting to this, Congress leader Randeep Surjewala had said Modi could order any investigation into allegations against Vadra to find out if there was any “wrongdoing”.

At a press conference on Wednesday evening, information and broadcasting minister Smriti Irani parried the Congress’s queries about  the trips Modi took in private chartered flights when he was chief minister of Gujarat.

Note: The photograph on Narendra Modi, Gautam Adani and Vibhav Kant Upadhyay has been sourced from Upadhyay’s own website, vibhav.org, where dozens of other photos of his with Modi may also be accessed.