'When Rape Is Inevitable, Lie Down and Enjoy it': Karnataka Congress MLA Says in Assembly

K.R. Ramesh Kumar, a former speaker of the House, is facing backlash after his remark, including from within the party. 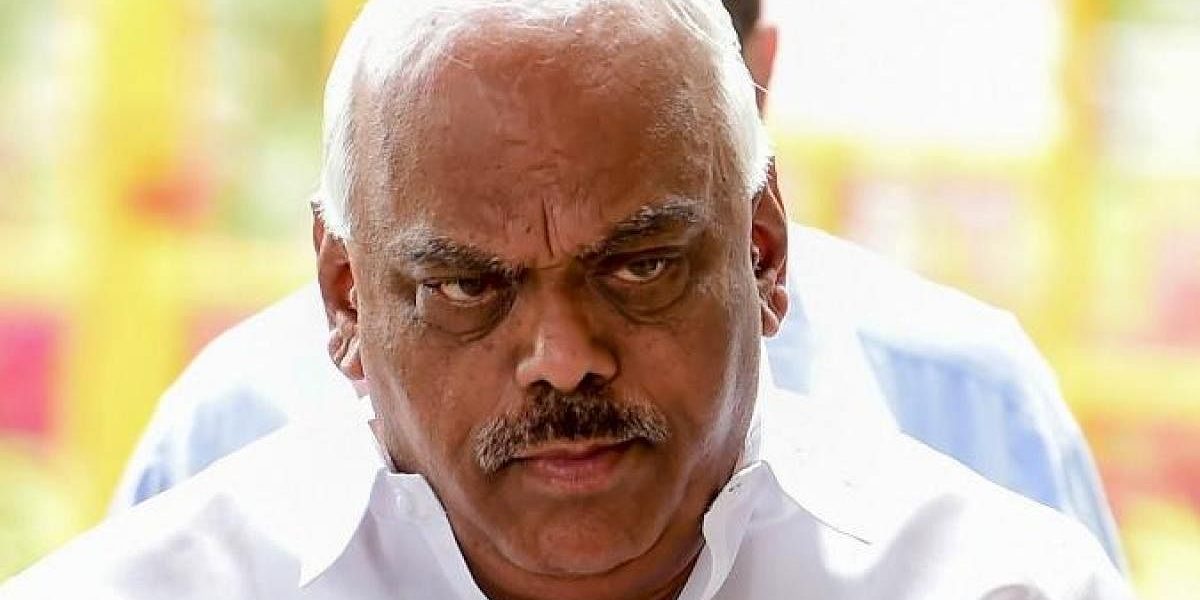 New Delhi: Former Karnataka speaker and senior Congress MLA K.R. Ramesh Kumar has come under fire after he said on Thursday in the Karnataka assembly, “When rape is inevitable, lie down and enjoy.”

Many MLAs were anxious to speak during the discussions on rain and flood-related damages, highlighting the plight of people in their constituencies. Speaker Vishweshwar Hegde Kageri found himself in a fix as he was running short of time and wanted to wind up the discussion by 6 pm, but the MLAs were insisting that the time be extended.

“I am in a situation where I have to enjoy and say ‘yes, yes’. That’s it. This is what I feel. I should give up controlling the situation and take the proceedings in a systematic manner, I should tell everyone to continue your talks,” Kageri said, laughing.

At this point, Kumar intervened and said, “See, there is a saying: when rape is inevitable, lie down and enjoy it. That’s exactly the position in which you are.” In a video of the proceedings, Kageri can be seen laughing at Kumar’s comment. Others too can be heard laughing in the background.

“When rape is inevitable, enjoy it”. This statement was done by Congress leader and former Speaker KR Ramesh Kumar at Belagavi during assembly session.@NewIndianXpress@santwana99 @ramupatil_TNIE @naushadbijapur pic.twitter.com/7mhgGYfbPb

Criticism for Kumar’s comments came from his own party members.

Later in the evening, Khanapur Congress MLA Anjali Nimbalkar tweeted, “The House shall apologise to entire womanhood, every mother, sister & daughter of this nation for such an obnoxious & shameless behaviour (SIC).”

Another Congress MLA, Sowmya Reddy, said this is “just NOT ok” and there “needs to be an apology”.

This is just NOT ok. There needs to be an apology https://t.co/Wba0KnpOKZ

The Congress party has distanced itself from Kumar’s remarks, with spokesperson Randeep Singh Surjewala tweeting, “Congress Party disapproves the exchange of highly objectionable & insensitive banter between Karnataka Assembly Speaker & Sr. Congress MLA in the House.” However, the party has not said whether any action will be taken against the leader.

Speaker as custodian & Sr legislators are expected to be role models & should desist from such unacceptable behaviour.

In the evening, Kumar responded to the criticism by tweeting: “My intention was not trivialise or make light of the heinous crime, but an off-the-cuff remark! I will choose my words carefully henceforth!”

On Friday, Kumar said in the assembly that he “had no problem apologising” if his comments had hurt women. Speaker Vagheri responded that this apology should signal the end of the matter. According to news agency PTI, he appealed to the members, “especially women MLAs”, not to drag the matter further “and make it (a) big (issue) and proceeded with the Question Hour” though some women legislators wanted to raise the matter

If it hurts the sentiments of women, I’ve no problem apologising. I apologize from the bottom of my heart: Congress MLA KR Ramesh Kumar in Karnataka Assembly on his ‘rape’ remark made in the House yesterday.

“He has apologized, let’s not drag it further,” says Speaker VH Kageri. pic.twitter.com/7u3HeaSbLr

This is not the first time Kumar has made frivolous comparisons to “rape victims”. In February 2019, while he was speaker, he said, “My situation is like that of a rape victim. The rape happened just once. If you had left it at that, it would have passed. When you complain that a rape has happened, the accused is put in jail. But his lawyers ask how did it happen? When did it happen and how many times? The rape happens once but you get raped 100 times in the court. This is my condition.”

The chairperson of the National Commission for Women Rekha Sharma flayed Kumar and said in a tweet, “[I]t is extremely sad and unfortunate that we still have public representatives who are misogynists and have a horrible mindset towards women.”

“It’s really disgusting. If they sit in assemblies and speak like this how they must be behaving with women in their lives,” she said.

BJP spokespersons in New Delhi targeted the Congress’s top leadership over the issue while Union minister Smriti Irani raised the matter in the Lok Sabha.

The BJP was, however, also left embarrassed when its spokesperson Aparajita Sarangi also criticised the Karnataka assembly speaker, who is from the ruling party, for not objecting to Kumar’s remarks.

“What is sad is that the speaker said nothing after such objectionable comments were made and even laughed,” she said.

Meanwhile, Irani, the Union women and child development minister said the Karnataka Congress leader’s remarks should be condemned and demanded that the political party should first bring the person to justice.

Her remarks in the Lok Sabha came amid opposition protests during the Question Hour. Opposition members, including from the Congress, have been protesting demanding the removal of Union minister Ajay Mishra in connection with the Lakhimpur Kheri violence that happened in Uttar Pradesh in October.

When Irani was responding to supplementary questions, some protesting members sought to block her view by standing in front of her seat and displaying placards.

Without mentioning the party’s name, but in an obvious reference to the Congress, Irani said “those gentlemen who belong especially to a particular party, one of their representatives on Thursday made remarks about women which need to be condemned by every public representative in Karnataka”.

“If you truly believe in the cause of women, first stand here and denounce that legislator who said that if you are raped, as a woman in the country you should enjoy it. Those men who stand in this Well today, go back to your political organisation and first bring to justice such a man, then we will see who speaks for women and children in this country,” the minister said.