What's the Way Forward for Priyanka Gandhi and Congress in UP?

Though the state's elections are two years away, the grand old party must immediately start laying the groundwork if it hopes to at least gain a foothold in India's largest state. 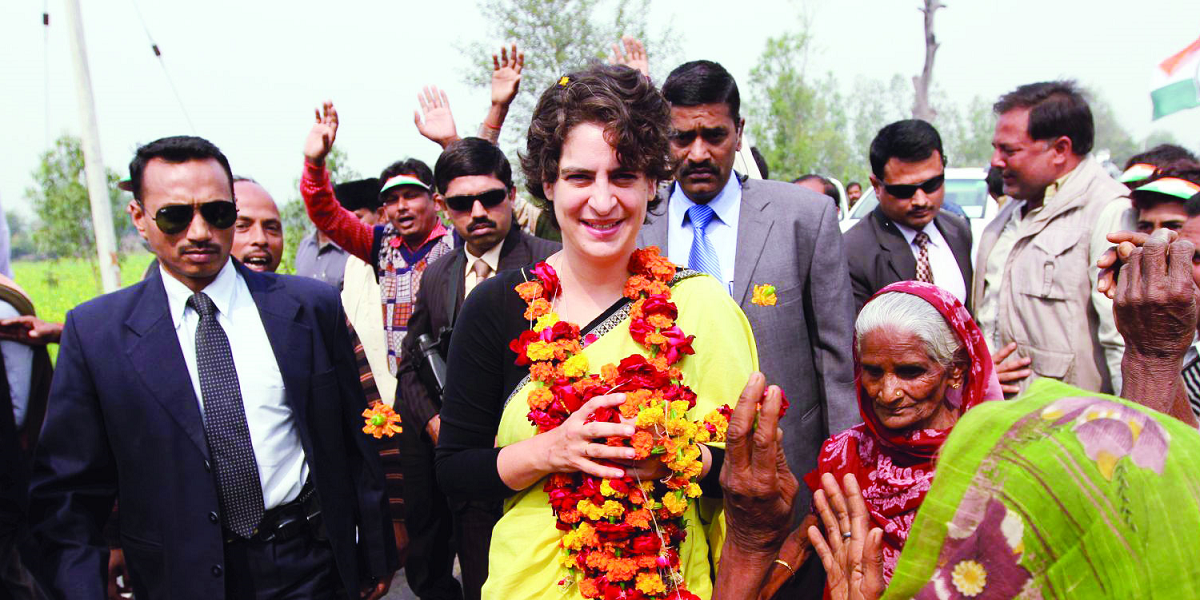 With the UP Assembly elections less than two years away, the Congress, led by Priyanka Gandhi, is for the first time in many decades beginning to show a sense of political purpose and urgency.

After the Centre asked the UP Congress in charge to vacate her bungalow in Lutyens’ Delhi, news reports suggest she has decided to shift to Lucknow, perhaps to be in the thick of things. Even before this incident, Priyanka Gandhi has been a ‘trending’ topic for months in the state.

She has had a spat with Bahujan Samaj Party (BSP) supremo Mayawati on social media. In the context of the migrant crisis, Mayawati accused the Congress of doing little for the development of the weaker sections. In an obvious reference to Mayawati, Priyanka Gandhi hit back by saying ‘some opposition leaders’ in UP are acting like spokespersons of the BJP.

Most importantly, what currently separates the Congress from other opposition parties is that the activists of the former have taken to the streets several times to agitate and confront the UP police.

Several of the Congress’s local level activists, led by its state president Ajay Kumar Lallu, have been arrested. Lallu was arrested earlier when he was protesting against the UP police’s decision to deny entry to buses provided by Priyanka Gandhi for migrant workers who were walking home. Earlier this week, he was arrested while protesting the arrest of Shanawaz Alam, head of the minority cell of the UP Congress.

All this is happening at a time when the lockdown is yet to be fully lifted and mandatory social distancing norms are still in place.

Can, therefore, the Congress revive its political fortunes in UP during the 2022 assembly elections? And what should be its strategy if it has to emerge as a serious electoral force in the state? 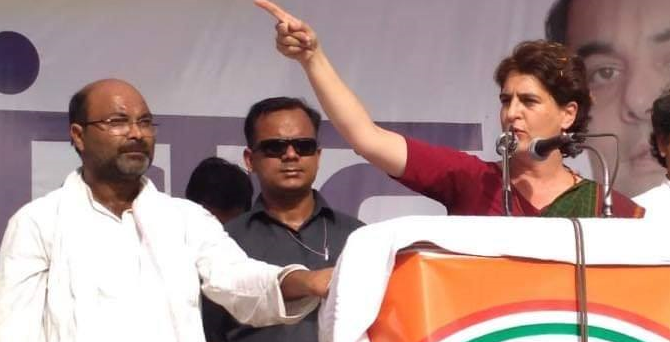 Congress in UP: past and present

Before going further, it will be useful to briefly map the recent political trajectory of the Congress in UP and locate it in relation to other parties it will be up against.

The Congress was decimated after the Mandal and kamandal agitations in the late 1980s. Since then, the engine of UP politics has been driven by the identity politics of caste (OBCs-Dalits) and community (Hindu-Muslim). Until the 1980s, the Congress’s electoral base comprised of a social coalition of Dalits-Muslims-Brahmins. This vote base shifted to the BSP and Samajwadi Party (SP), and since then the Congress has never been able to regain its political foothold in UP.

The BJP, riding on Narendra Modi’s popularity, Hindu-Muslim polarisation and aggressive nationalism, emerged as the top player post the 2014 Lok Sabha elections when it won 71 Lok Sabha seats. Three years later, in 2017 it won a landslide victory in the UP assembly elections. And it scored a knock-out victory in the 2019 Lok Sabha elections. Since then, CM Yogi Adityanath has run the state administration in a highly personalised manner, much like the government at the Centre.

The lockdown has created immense distress. Many have lost their jobs and also face mental and physical trauma. The poor, who are mostly Dalits, OBCs and Muslims, are hardest hit. Lakhs have left cities and have returned to their villages across the state.

In UP, the Congress is the only party that has been highlighting the misery of the migrants. Can it carry this momentum all the way to the 2022 assembly elections? The Congress’s leadership must acknowledge that it is handicapped on two fronts that are essential for electoral success in India. One, it lacks a social coalition of caste and communities that translate into votes and two, its party organisation is broken and non-existent in most districts of UP.

Thus the Congress needs to make moves that will help it overcome the fundamental organisational and social coalition challenges that it faces.

First, Priyanka Gandhi must lead from the front and the Congress should declare her as the chief ministerial candidate sooner rather than later. In the last few months, the manner in which Yogi Adityanath has focussed his attack on Priyanka Gandhi, a perception has been created that the Congress is the main opposition party in the state. 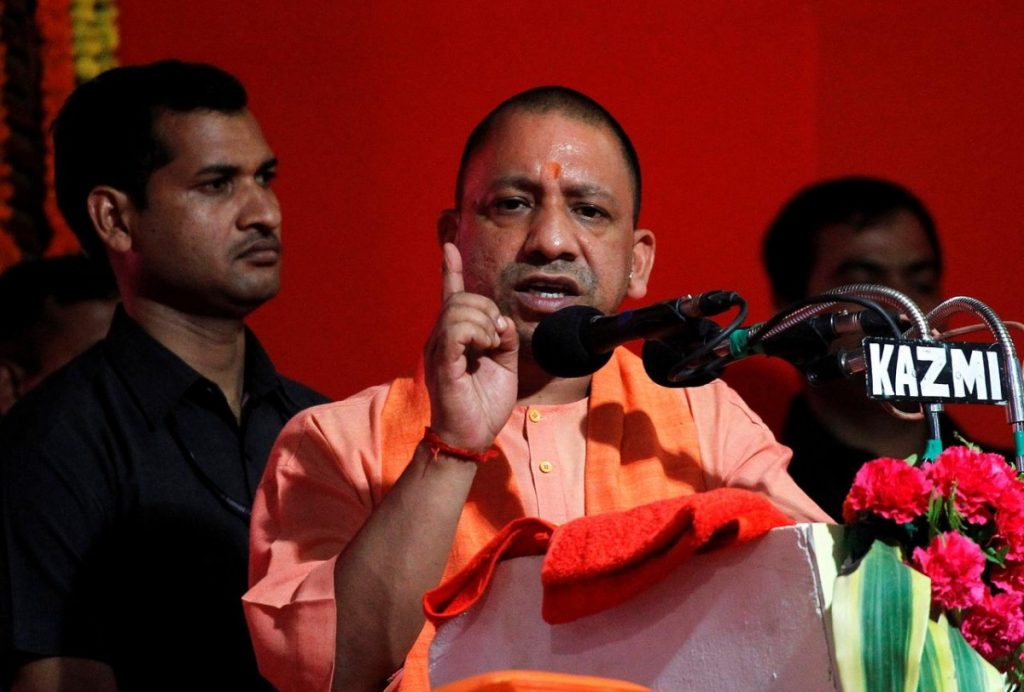 If Priyanka Gandhi does relocate to Lucknow, it will create further unease for the BJP. Besides, such a move will send a message to the electorate at large and also instil much-required energy and confidence in the moribund Congress cadre.

Second, the Congress must inspire its cadre to take to the streets, mobilise and campaign to the masses. It needs to expose the Yogi Adityanath’s crumbling administration and his mishandling of the law and order and governance. It cannot simply depend on large sections of compliant vernacular media, social media and occasional press conferences. The Congress will never be able to match the resources of the BJP and its influence in the media. It must raise the pitch of agitational politics, initiated by local leaders like Lallu. But it will have to be Priyanka Gandhi who leads from the front.

Third, assembly polls are two years away. That is still a lot of time to identify and build local level party organisation of cadres and leaders who come from Dalit, backward and minority communities. Lakhs of labourers who have returned to the villages of UP come from this social background. Their distress is only going to get exaggerated in the coming months and years. They will get more restless and angry. Many of these people formed the political base of Akhilesh and Mayawati, the former is in a stupor and the later is clearly trying to patch up with the BJP. That has created a political vacuum, ideal for the Congress to capitalise upon.

Fourth, the Congress’s strategy for the 2022 assembly polls should be realistic and it must work with a modest plan. It got just about 6.3% of the votes in the 2019 Lok Sabha and 2017 assembly elections. As the old cliché goes, politics in India is full of surprises, but as things stand today, the Congress should not have ambitions of forming a government in the state on its own. It should try and set itself achievable targets of increasing its vote share to 20% and target a high two-digit tally of seats. That will allow it to regain its foothold in UP politics and also create much-needed momentum to have a decisive impact in the 2024 Lok Sabha elections.

Finally, the BJP’s most potent political asset is polarisation and nationalism. The BJP would like the Congress to bat on a pitch that suits the googlies of the Citizenship Amendment Act (CAA), Ayodhya, Kashmir and Pakistan. The Congress must prepare its own track where it can challenge the BJP with bouncers of a crumbling economy, unemployment, lawlessness and the collapse of public infrastructure in UP. That is an uphill task, but entirely possible.