As we move closer to the general elections, the battle lines between the ruling TMC and its main opposition, BJP, are being drawn ever more sharply in Purulia. 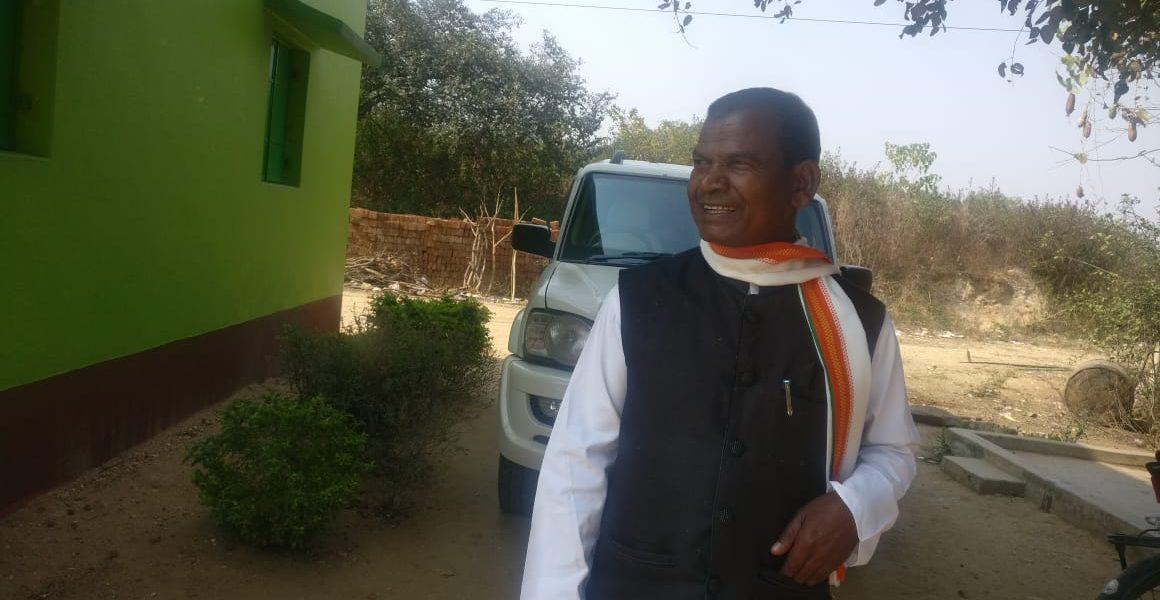 Purulia (West Bengal): Driving towards the town of Purulia through Raghunathpur, you are struck by the massive gaushala standing on one side of the road. After your eyes have feasted on rice fields and undulating hills in the distance, you suddenly come across a two-storey building showcasing figures of deities at the front of the top storey. Inside, there are large cow pens. A Hanuman temple sits in the middle, and scores of labourers mill around the place.

Purulia’s massive gaushala complex, housing more than 800 cows, is run by the Purulia Gaurakshini Sabha. Its 25-member executive committee is made up entirely of members of the Marwari community. Interestingly, the gaushala did not come as a response to the accelerated drive for cow protection in recent days. “This gaushala completed 200 years in 2002,” says Badal Maiti, the officer in-charge of the complex.

Apart from the labourers at the gaushala – nearly all of them are Bengali – Maiti is the only person from the community to occupy a post in the gaushala management.

“The first Marwaris who came to Purulia decades ago bought land to start the gaushala,” says Maiti. The community also runs a school in the area, exclusively for Marwari children. Purulia has a large, economically powerful Marwari community, which locals tell me has always favoured the Bharatiya Janata Party (BJP). However, this is the first time they have an organised political platform in Bengal – a platform they can support in the forthcoming general elections.

Most political analysts count Purulia as one of Bengal’s districts where the BJP has managed to fire people’s imagination. Once a stronghold of the All India Forward Bloc, the Left is nearly invisible on the ground today. A narrative that appears to hold true for most, if not all, parts of Bengal. Many people I meet in the state say the 2019 parliamentary elections will be a measure of strength between Trinamool Congress and the BJP. The BJP has stepped into the opposition space left vacant by the now politically redundant Left parties.

One of the striking aspects of the rapidly changing political dynamic after 2011 is the ease with which leaders and cadres of different political parties have jumped the ship they had been sailing for years, even decades.

The pattern of switching loyalties has upset previous calculations that held fast during the Left Front regime. The exit of the Left government opened the floodgates for workers from all parties to move to whichever one seemed more secure, both politically and in offering protection from violence.

I meet Narahari Mahato, a quintessential representative of this political tribe, at his residence in Purulia. Mahato represented the Purulia Lok Sabha constituency from September 2009 to May 2014. Once a long-standing member of the Forward Bloc, a constituent of the Left Front government which ruled Bengal for over 30 years, and a former school teacher, Mahato is a prominent district leader of the BJP today. I ask him how a Left grassroots leader like him moved to the other end of the ideological spectrum.

A member of the All India Student Bloc (the Forward Bloc’s student wing), Mahato was active in student politics between 1972 and 1977. Over the next two decades, he worked his way up from being secretary of the party’s local booth and bloc committees to occupying the post of Purulia district committee secretary. In 2008, Mahatao became a member of the Forward Bloc’s state committee, and then went on to join the central committee. Last year he moved over to the BJP. 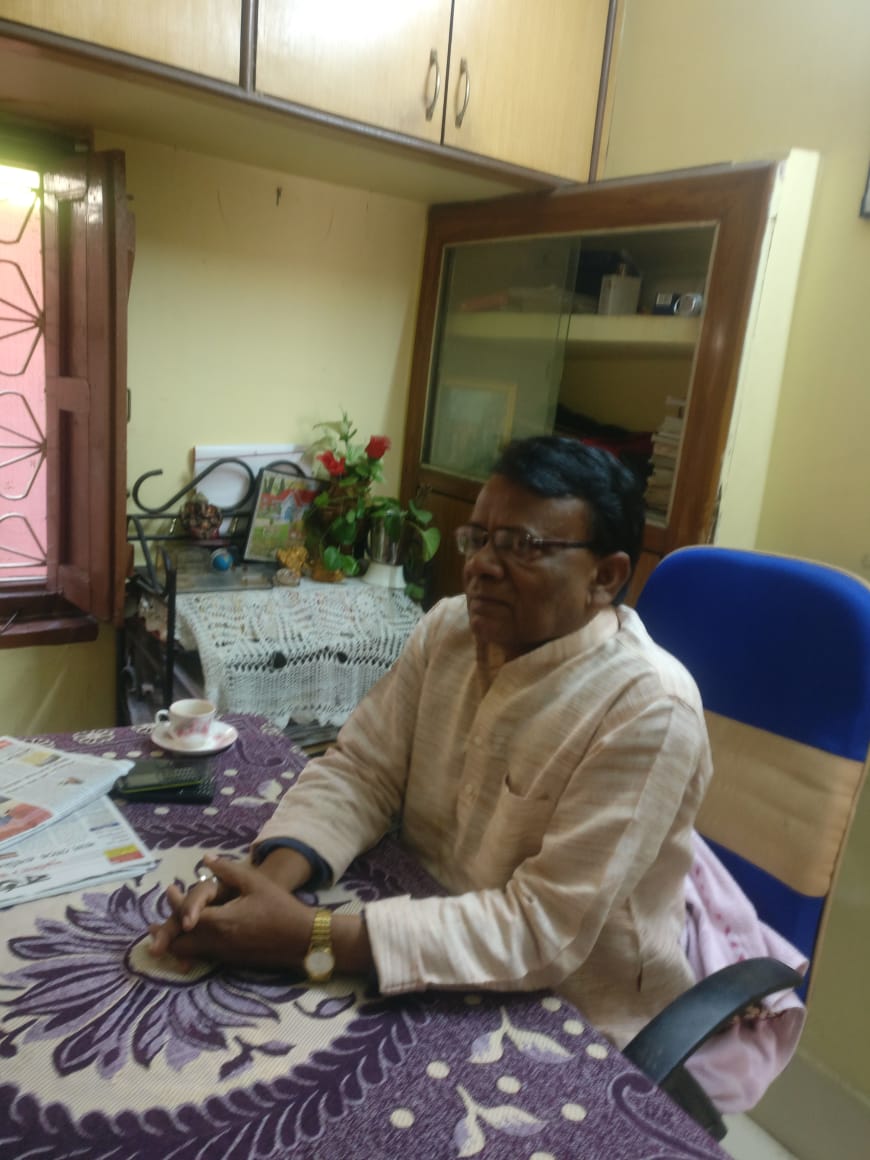 “After the TMC came to power, I realised I can no longer work from within the Left Front,” Mahato tells me. He talks at length about the ruling party’s corruption and last year’s panchayat polls in which the BJP, supported by tribal populations, won more than a third of gram panchayat seats in Purulia and the neighbouring Jhargram district. The party won 644 of the 1,944 gram panchayat seats in Purulia, and 329 of 806 seats in Jhargram.

“I haven’t become communal just because I have joined the BJP,” Mahato asserts. He harks back to political storm triggered by the Bofors controversy when then Communist Party of India-Marxist (CPI-M) leader Jyoti Basu shared a podium with Atal Bihari Vajpayee and Lal Krishna Advani at the Brigade Parade grounds to dislodge the Congress government. Swearing by Narendra Modi, Mahato maintains he is the only person who matters in the BJP or the Sangh parivar.

Aghor Hembrom, another member of the new defector tribe, for his part, swears by Mamata Banerjee. He lives in Ghatbera-Kerowa village, in one of the extremely backward parts of Purulia. The village is also the site of his political work. A rutted road winding its way through picturesque palash trees brings me to Hembrom’s house.

A five-time member of the Ghatbera Kerowa panchayat, in 1984, Hembrom was a member of the Jharkhand Mukti Morcha. Later, he joined the People’s Front, an affiliate of the Maoist party. Ghatbera Kerowa was then known to be a Maoist stronghold. “But my differences with the Maoist party began as they started using us as shields for their activities. The Left Front slapped cases on me. I spent 19 months in Purulia jail,” says Hembrom.

After being released from jail, Hembrom joined the Trinamool Congress. He then started organising villagers against the Maoists, driving them out of the area. There are five security guards at Hembrom’s house, who live there – two of them traveling with him wherever he goes. The tribal leader shows me his pictures with Banerjee and her nephew Abhishek on his mobile phone.

He has just been appointed the area’s mentor – a post the chief minister recently created to check corruption at the panchayat level. Problems persist though. “Didi gives us respect but not the TMC’s local leadership,” Hembrom tells me.

These are politically volatile times in Bengal. The BJP has picked the state as one of its top priorities in the upcoming elections. This is the moment low-profile Rashtriyaswayam Sevak Sangh volunteers, spread over Bengal’s districts, have been keenly waiting for.

Bikash Prasad, BJP leader in Adra, Balarampur in Purulia is one of such swayamsevak. Prasad tells me he has been with the BJP since 1986. He was a student in Kolkata’s Ashutosh College. “Financial crisis forced us to leave Kolkata and move to Purulia, which is where I forged links with the RSS,” he says.

Currently, BJP’s vice president in Purulia district, Prasad wants Article 30 of the constitution (giving minorities the right to establish and administer educational institutions) to be scrapped. “If our country is secular, we can’t treat anyone differently on grounds of religion,” he says. “There should be one law for the country and no special concessions should be given to minorities.”

Along with two of his colleagues, Prasad was about to leave to hold a meeting in an adjoining area when I caught up with him at his house in Adra. His string of arguments about the region’s lack of development is laced with a strong message of cultural nationalism. “Our mothers and sisters can’t go out safely wherever they [Muslims] are over 30%,” Prasad claims, going on to stress that: “There is only one way to establish world peace. And that is to embrace Vedic religion and Hindu culture. Hinduism is a way of life, as the Supreme Court has told us.”

Prasad denies that people in Bengal perceive the BJP to be a party of the Hindu heartland, uncomfortable with the state’s cultural idiom. “That’s just false propaganda. In Bengal’s villages today you can hear the slogan ‘Jai Shri Ram’. It’s not a threatening slogan, but one that promises peace and well-being of the kingdom of Ram.”