What Hindutva Really Is and Why It's Risky to Debate It

Not content with policing Indian universities, the Sangh parivar now wants to dictate what can and cant be discussed abroad. 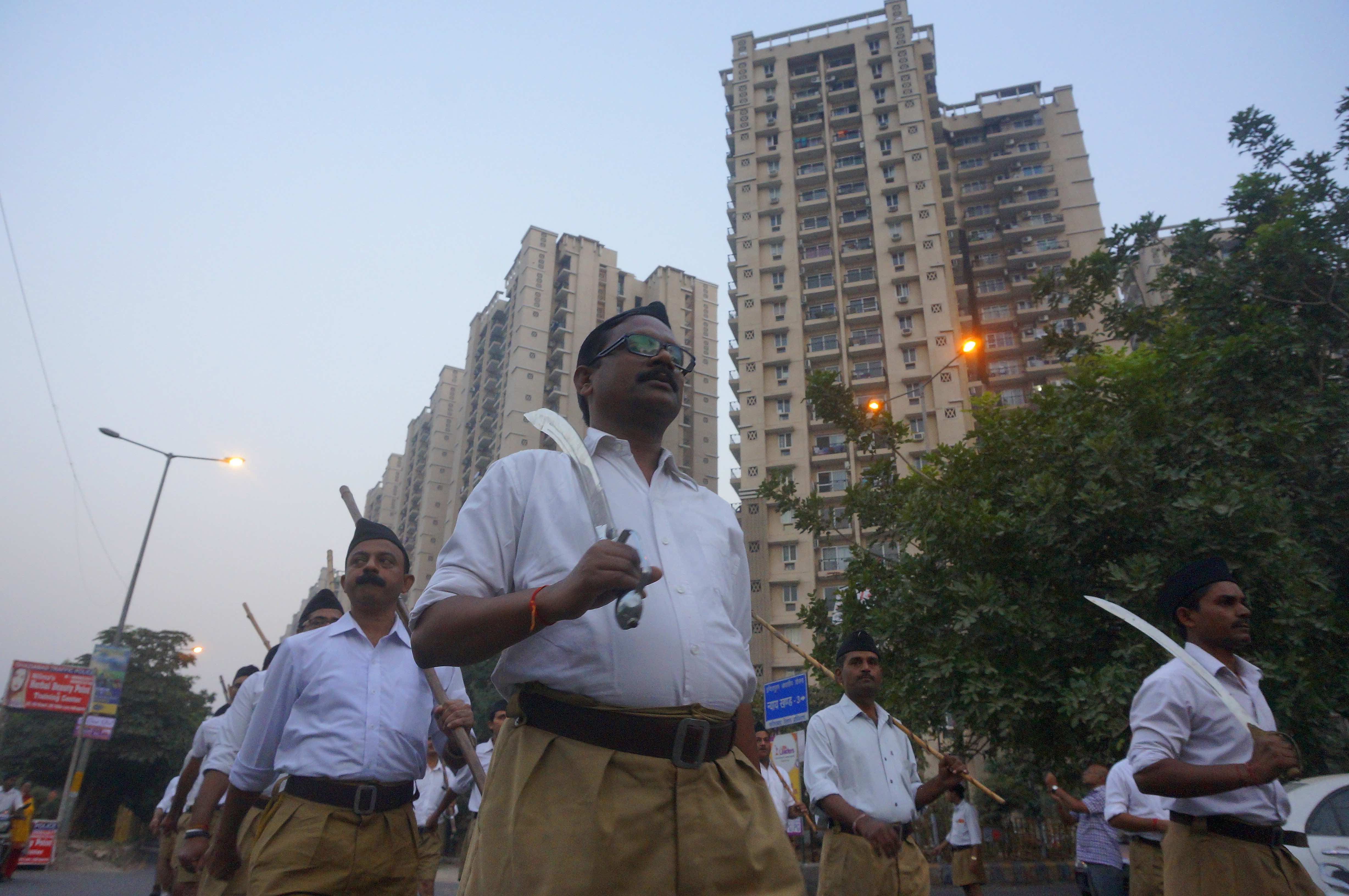 A lot of energy and emotion is being spilt on social media – and the mainstream media too – over an online conference with the slightly odd title ‘Dismantling Global Hindutva’.

The organisers say they make a distinction, as do most scholars, between Hinduism and Hindutva but this distinction is lost on all those flinging the accusation of ‘Hinduphobia’ at the organisers. This is because Hindutva is – as Jyotirmaya Sharma notes in his eponymous 2003 book – “the dominant expression of Hinduism of our times”, and has been so since well before the advent of the Narendra Modi government.

That Hindutva enjoys not just state patronage – which it has, off and on, to a greater or lesser degree, for years if not decades – but also state power provides an added edge of menace to the conference’s critics. That is the only reason why some Indian scholars abroad have baulked from publicly identifying themselves as organisers of the event and some university departments which were co-sponsoring the conference have decided to cry off. I know of at least one instance where a senior Washington-based Indian diplomat – acting presumably on instructions from Delhi (whether Raisina Hill or Jhandewalan it is hard to tell) strong-armed a department at an Ivy League university.

Some of the prospective speakers have been trolled and even subjected to rape and death threats. That a lot of this threat-mongering is happening despite the online conference being a ‘North American’ enterprise suggests those doing the threatening either reside elsewhere or are confident that their patrons in the ‘pitrabhoomi’ can fend off the law enforcement agencies in their adopted motherland.

One of the critics of the event has asked, somewhat disingenuously, why such a conference is  “being organised ostensibly in North America rather than India”. Though he notes that “the event is online and virtual rather than live and in real time”, the answer, surely is obvious. Had an attempt been made to hold a conference critiquing Hindutva as a physical event in India, none of the foreign scholars due to speak would have been given visas. Assuming the police did not cite a threat to public order as a ruse to cancel the event, no public university would have given space and it is doubtful any private university would have been brave enough to step in to the breach. Last year, the external affairs ministry sought to impose restrictions on the participation of overseas speakers for online seminars too.

At the heart of the question – ‘Why critique Hindutva in the US?’ – is the desire to seek extra-territorial application of the restrictions the Modi government has placed on academic and political discourse. Not content with policing Indian universities, the Sangh parivar now wants to dictate what can and cant be discussed abroad.

The irony is that in their behaviour, the angry activists have ended up validating all six characteristics that Jyotirmaya Sharma had identified as central to the Hindutva vision or enterprise in his seminal book.

The first is to “transform Hinduism into a rigid, codified, monochromatic entity. There was little scope for diversity of opinion, practices, rituals, observances and individual choices.” The second feature of this vision is “the idea of Hinduism as a masculine, aggressive and violent faith.” The third is the “premise that Hinduism was the most ancient, the most perfect and the most evolved of all existing faiths was basic.” Then there is the idea that Hinduism is under siege from Hinduphobic quarters: “Victimhood, conspiracy theories, and a never-ending sense of threat to Hinduism, which was equated with the nation, or, at least forming the very core of the nation, is the fourth element that propels this world-view.” The fifth: “Hinduism had been perfected in the Vedas and the Upanishads. The question of discussing doctrinal issues, therefore, did not arise. Answers to every question about modern life, science and technology were to be found in the Vedas.”

The sixth and last aspect of the Hindutva ideal, says Sharma, “is the introduction of invective, abuse and contempt as legitimate tools of writing, conversation and public discourse.”

This feature is perhaps the most visible on social media today but one experiences it relentlessly through the statements of BJP and RSS politicians, television studio guests and anchors who subscribe to this vision.

Sharma’s analysis of Hindutva focuses on the philosophical side but it is easy to understand how political Hindutva segues effortlessly from this vision he accurately describes to the supremacist idea that Hindus are the only authentic Indians and that other Indians are not wholly so. They can enjoy only those rights that the ‘Hindu Rashtra’ collectively decides they may enjoy. This is the ideological context for the all-round offensive against Muslims or farmers or workers currently underway in India.

And this is what the Hindutva ideologues do not want people to discuss, in India or abroad.