This is the second time the party's state unit is seeing a senior leadership overhaul. 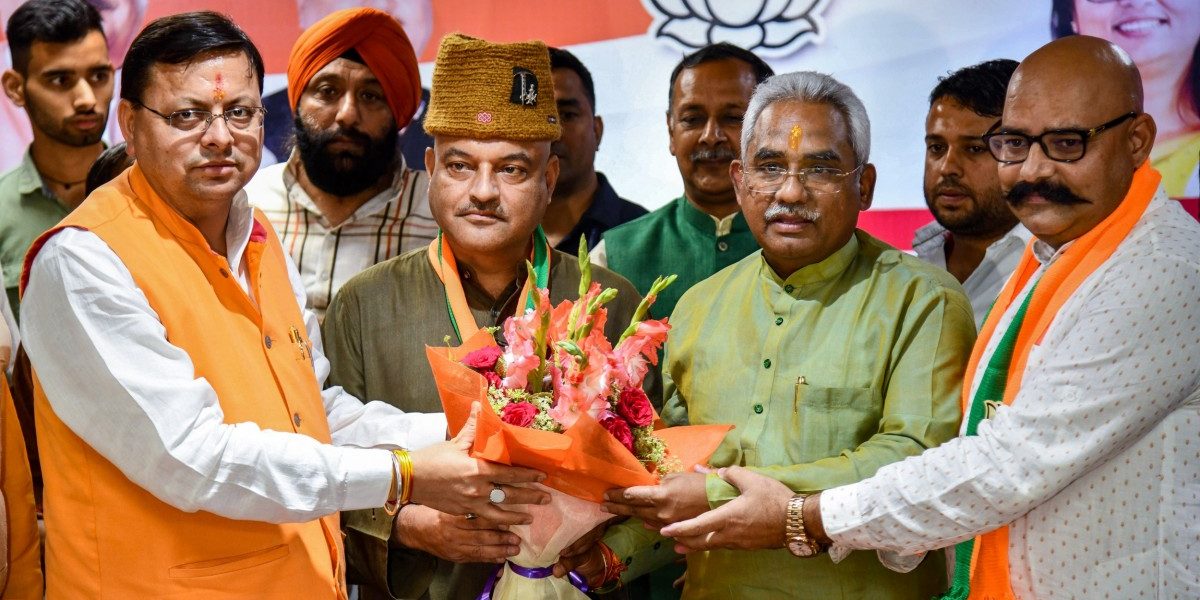 New Delhi: The Aam Aadmi Party’s dissolution of its Uttarakhand unit after its poor showing in the assembly elections in March this year and the subsequent resignation of its chief ministerial candidate, Colonel Ajay Kothiyal (retired), has once again shown that the party has not only failed to sell its `Delhi model’ of `good governance’ and promises of free water and power in the hill state, it has also not been able to retain a hold over its cadre there.

When the party dissolved its state unit and appointed Deepak Bali as the new state unit president in April, it was the second time that it was forced to resort to taking such drastic steps.

Prior to this, in 2016, a year after it had formed its first government with full majority in Delhi, AAP had to similarly make changes to its leadership in Uttarakhand following differences with local leaders.

At that point in time, AAP was hoping to take the momentum of its thumping win in Delhi – where it had won 67 of the 70 seats in the 2015 assembly polls – to Uttarakhand. The party was hopeful of a good showing as several of its leaders in Delhi came from the hill state and it had also managed to win the support of a large number of people from the state during the polls in the national capital.

But the rebellion within its ranks in the Uttarakhand unit had put paid to its hopes of a similar showing in Uttarakhand. The AAP had then hoped to provide an alternate to the Congress and the BJP to the people.

In 2016, AAP’s volunteers had protested against ‘corrupt practices’

The internal strife in AAP at that point in time had arisen following allegations by several of its members of corruption against the party leaders. Following a protest by over 200 volunteers in Dehradun, who had accused the local party leadership of having a “suppressive style of functioning” and had also charged that “honest workers (of AAP) have been threatened with dire action for raising their voice against the corrupt practices going on here”, then state unit president Anoop Nautiyal and state treasurer Ranveer Chaudhary had resigned from their posts.

Nautiyal had gone on record to state that his was a “principled stand” and that it was also a form of protest against “how old volunteers were being treated” by AAP’s Uttarakhand leadership. The then state-in-charge of AAP Vivek Yadav had downplayed the entire episode as a “tamasha” (drama) by some “dissatisfied or inactive workers”.

Kothiyal was projected as chief ministerial face, sidelined after loss

While this episode had prevented AAP from contesting the 2017 state polls, it chose Kothiyal as its chief ministerial face in July last year as it prepared to fight the Uttarakhand assembly elections for the first time. AAP had hoped that Kothiyal’s popularity among the youth and his work in the Army would help it cross the winning line. But despite campaigns and public meetings by its senior leaders, including Arvind Kejriwal and Manish Sisodia, the party was not able to win a single seat.

Though AAP contested all the 70 seats in the state, it managed to secure only 3.31% votes. Following this below par performance, the party sought to pin the blame for the poor showing on its local leaders. The state unit and all the 13 district units of the party were dissolved by national convener Kejriwal on April 29 and Deepak Bali was appointed the new state unit president. Bali had lost his election from the Kashipur seat in the March polls.

Unceremoniously sidelined after the defeat, Kothiyal resigned from the party on May 18. In his letter to Kejriwal he wrote that he had taken the decision upon “taking the sentiments of ex-army men, ex-paramilitary, senior citizens, intellectuals, women and youth into account”.

Subsequently, Kothiyal joined the BJP on May 24. A known social activist in the state, he had upon taking retirement from the Army set up a youth foundation and started training youngsters for a career in the Army and other armed forces.

With Kothiyal moving to the BJP, the AAP has lost a credible face with a significant personal following among the youth. Not only was he a decorated officer, he had also created a lot of goodwill through his work at the Nehru Mountaineering Institute.

Kothiyal’s departure from AAP is also a commentary on the fickle nature of politics within the party. This is not the first time a senior leader has left the party’s central or state unit.

Several prominent faces of AAP have left the party. Be it senior advocate Prashant Bhushan, social activist and Swaraj Abhiyan leader Yogendra Yadav, former vice-chairman of Dialogue and Development Commission of Delhi Ashish Khetan, or journalist-turned-politician Ashutosh, they all left the party which was born out of the India Against Corruption campaign led by social activist Anna Hazare.

In the states too, AAP has struggled to retain its senior leaders. In the 2014 Lok Sabha elections, the party had won four seats – and all of these were in Punjab. But of the four MPs who won then, two are no longer with the party.

Harinder Singh Khalsa had won his election from Fatehgarh Sahib. But in 2019, he joined the Bharatiya Janata Party. Likewise, Dharam Vira Gandhi, who was a part of the IAC campaign, had won from Patiala by defeating Union minister Preneet Kaur. However, he left AAP in 2016.

In contrast, the manner in which former Uttarakhand chief minister Harish Rawat, who was also the Congress party’s campaign in-charge during the state polls, has been continuing with the party’s programmes speaks volumes about how the grand old party has despite setbacks managed to remain a much more cohesive and well-oiled unit. Rawat lost his own assembly election from Lalkuan.

Still, he is these days busy with the party’s campaign in the Champawat by-elections where chief minister Pushkar Singh Dhami is pitted against Nirmala Gahatodi of the Congress. While the Congress has pressed close to 100 senior leaders in these polls, Rawat said his party was fighting against the arrogance of BJP.

Ahead of the polls on May 31, necessitated due to Dhami’s loss from the Khatima seat during the March elections, Rawat said the Congress is fighting the election with full force to uphold the highest democratic principles.